The new UK coins for 2014 have been revealed, and are set to enter circulation this year. Here we take a closer look at the themes behind them, and why 2014 is another significant year for the coinage of the United Kingdom. 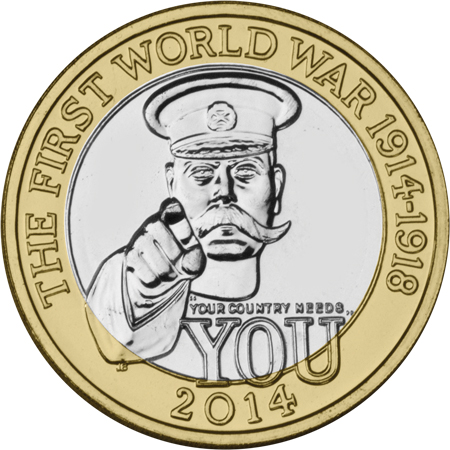 2014 will of course be the 100th anniversary of the start of the First World War, and the Royal Mint has committed to a five-year commemoration of the emotive wartime journey from outbreak to armistice. It starts with a £2 coin bearing sculptor John Bergdahl’s depiction of Lord Kitchener’s unmistakable call to arms. The image of the British Secretary of War and his finger pointing at the reader still evokes an enormous sense of British identity and pride, and the coin also features the immortal words YOUR COUNTRY NEEDS YOU. 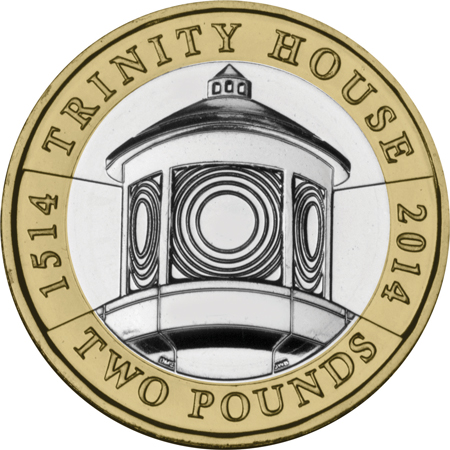 Since being granted a Royal Charter in 1514 by Henry VIII, Trinity House has safeguarded the coastal waters of Britain for over 500 years. Maritime safety became crucial in the 16th Century as Britain began flexing its naval strength overseas. And today, with 95% of the UK’s imports still arriving by sea, the Trinity House pilot ships and lighthouses are still as important today as ever. The reverse design of this new £2 coin features a striking depiction of a lighthouse lens – an enduring symbol of the the safety which Trinity House still provides at sea. 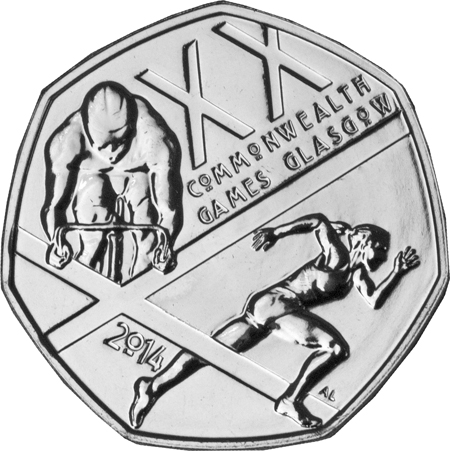 The 2014 Commonwealth Games will be held in Glasgow

In 1986 the Commonwealth Games were held in Edinburgh, and the £2 of that year became the first coin in British history to commemorate a sporting event. Now, as Scotland gears up for the Games again in 2014, a new 50p to mark the occasion has been announced. The 20th Commonwealth Games will see thousands of athletes competing in 17 sports across 11 days in Glasgow. In this new reverse design, two of the most iconic sports – athletics and cycling – have been combined with a section of the St Andrews cross. 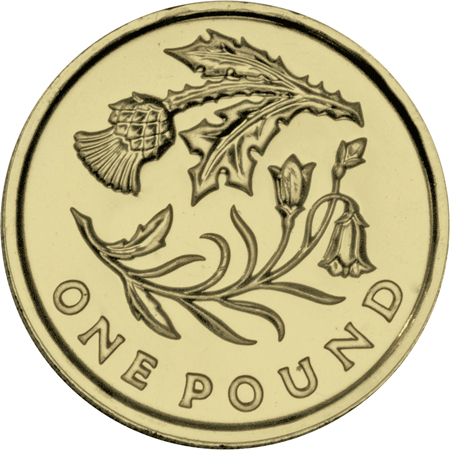 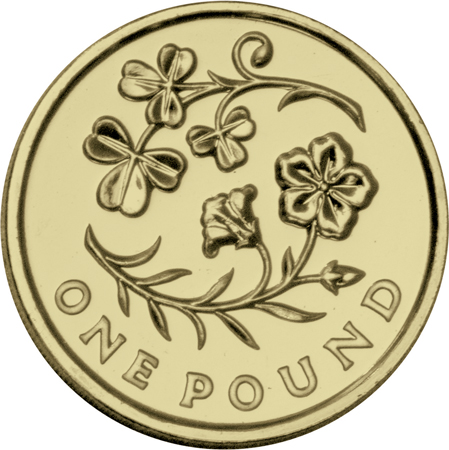 2013 saw the start of  a £1 coin series celebrating the floral emblems of the British Isles designed by Timothy Noad. Completing the series in 2014 is the flax plant and shamrock to represent Northern Ireland, whilst the thistle and bluebell are portrayed on the Scottish version.

You can now collect all five designs straight from your change with the FREE Change Checker 2014 Coin Collecting Pack. 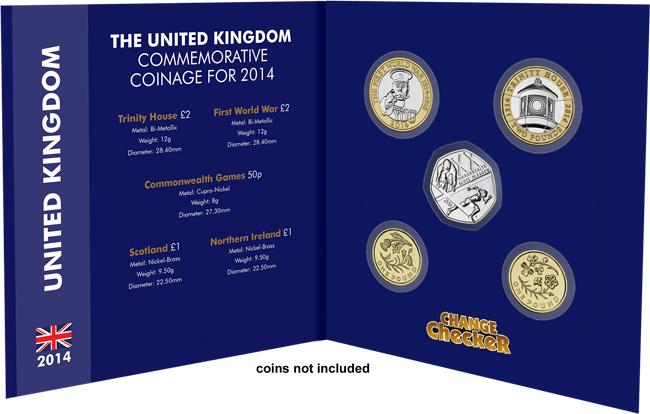