Striking my very own £1 coin was just one of the highlights of the new Royal Mint visitors centre which opened on the 18th May. 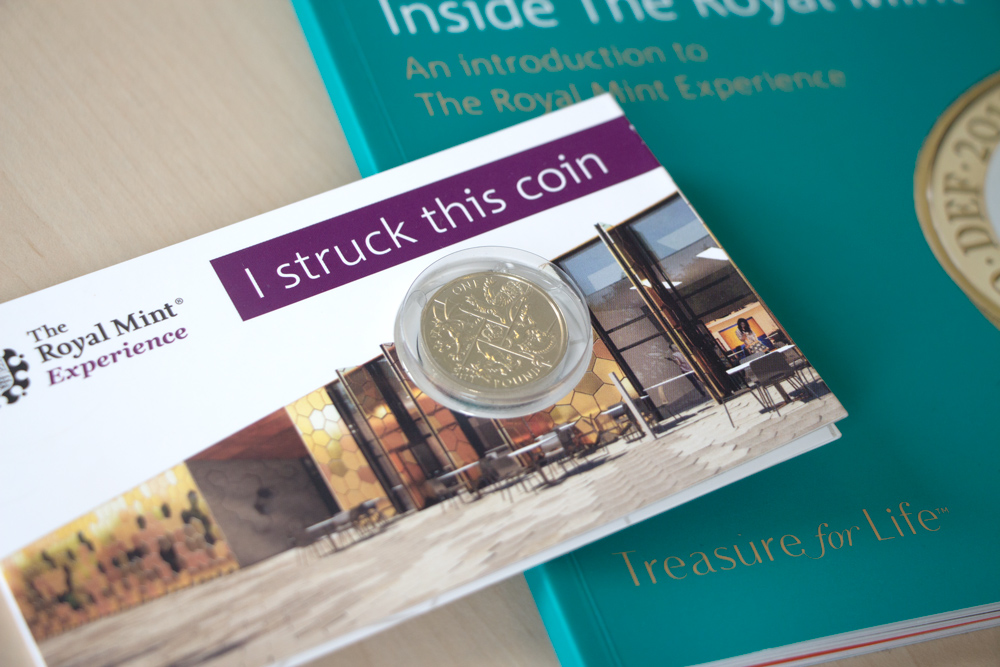 I struck my very own ‘Last Round Pound’

Until last week, the workings of the Royal Mint have remained a closely guarded secret, secured behind high fences and guarded by MOD Police.

But that’s all changed with the opening of the new Royal Mint Experience.

As a keen Change Checker myself, I made sure that I was one of the very first people through the doors on opening day.  And this is what I found…

The Royal Mint moved to Llantrisant in Wales in 1968 specifically to strike the new coins that were to be issued as part of decimalistaion in 1971. Before the production of coins moved here, there were two other main Royal Mint locations – The Tower of London and then Tower Hill.

For the first time in over 1000 years, the Royal Mint have opened its doors to the general public allowing unprecedented access to the history of our coins and a look behind-the-scenes of the UK’s oldest institution.

Let me tell you about my experience…

The tour starts with a short introduction to the Royal Mint before being guided over to a separate building to start the factory experience. 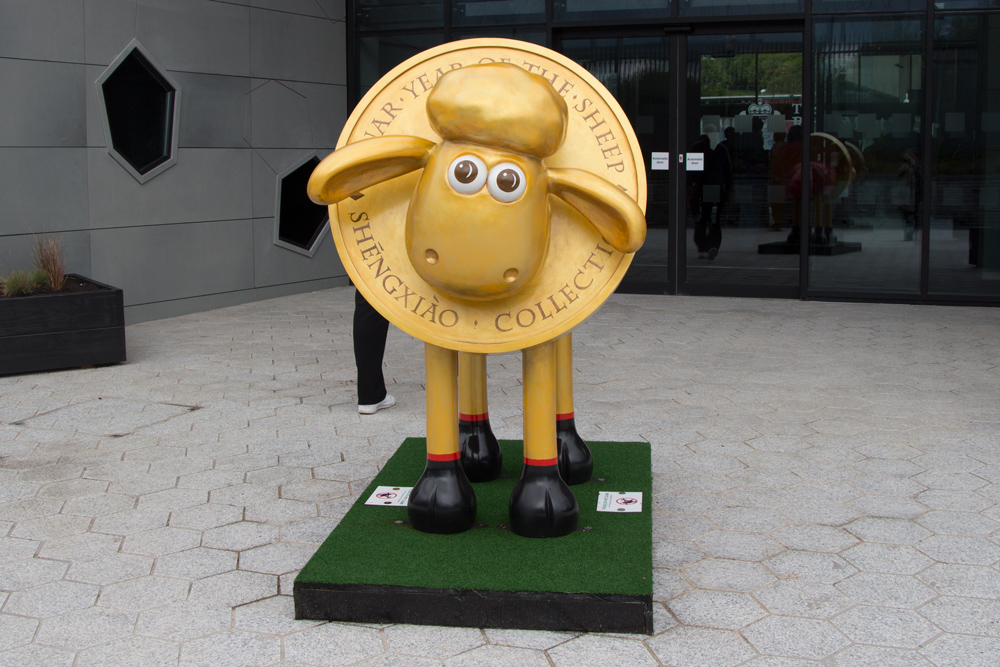 The Journey of a coin before it reaches our pockets

Each UK denomination is made up of different compositions which are agreed between The Royal Mint and HM Treasury but the exact amount is kept top secret. For example, 50ps are made from Cupro-nickel while Two pound coins are made from a combination of Nickel-Brass and Cupro-nickel.

These different metals are melted in temperatures that can reach up to 1450°C and then cooled before being rolled into large strips called ‘coils’.

Before the strips are rolled into the correct thickness required for the denomination, half a millimeter is shaved from the surface to remove the impurities which leaves it clean and shiny ready for striking.

Blanks are then punched from these strips at an extraordinary rate of 8,000 per minute per machine.

Depending on the denomination, some coins will have their edge lettering applied. This is to help against counterfeiting. What you may not know though, is the edge lettering is applied before the coin has even been struck.

An astonishing 1500 Million coins are issued in the UK every year and this all takes place at the Royal Mint is Llantrisant. Add to this number the amount of coins they strike for other countries and you’ll reach an extraordinary 5 billion coins minted in just one year. That’s 90 million coins a week!

I mentioned earlier that the Royal Mint strike coins for as many as 60 other countries around the world. All this takes place in the same warehouse and you will be able to see the forklifts moving coins from machine to machine before they are eventually counted and bagged or boxed according to each countries criteria.

“I struck this coin”

As part of the Royal Mint experience, visitors can strike their own coins. What’s even more exciting is that I struck a 2016 ‘Last Round Pound’ £1 coin. You’ll know that the ‘Last Round Pound’ will not be entering circulation and is only available to buy in Brilliant Uncirculated condition. This striking process is only open to visitors and so only those who visit the attraction will have the opportunity to strike their very own ‘Last Round Pound’.

Adult tickets cost £13.50 and are available to buy from the Royal Mint website.