The UK’s General Lighthouse Authority, Trinity House has been immortalised by being chosen as the subject of a brand new £2 coin which will enter circulation this year.

Since being granted a Royal Charter by King Henry VIII in 1514, Trinity House has provided maritime safety on the UK’s waterways and coastal areas by providing nearly 600 Aids to Navigation ranging from lighthouses, buoys and beacons to satellite navigation technology.

The reverse of the new 2014 £2 commemorates the 500th anniversary of the organisation and depicts a lighthouse lens – an enduring symbol of the seas and the safety which Trinity House continues to provide. 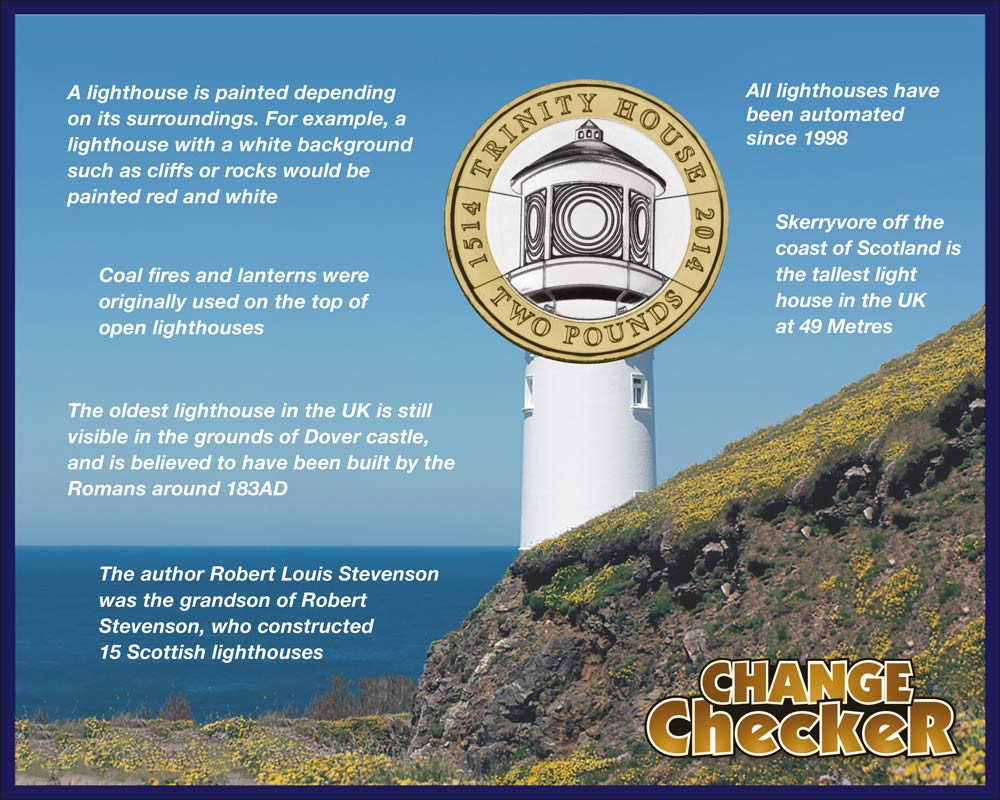 With 95% of British imports still arriving by sea, the lighthouses of Trinity House are as important today as ever. This is the very first time a lighthouse has been the subject of a commemorative coin, and it is a well-deserved tribute to a long-serving and truly British institution.

Posted in 2 pound coins, Blog Home, Coin Info, General info
← I’ve just been checking your coins are up to scratchWhy we wouldn’t pay £120 (or even £24 for that matter) for the Kew Gardens 50p →