The Royal Mint have confirmed that more than half a billion of the new £1 coins that have been released into circulation will be dated 2016.

But you may have also seen in the news that if you find one with a 2016 date, it could be one of the handful of ‘uniquely flawed coins’ and may be worth £250.

Unfortunately that isn’t the case.

In short, no. With half a billion 2016 dated £1 coins in circulation, they should be relatively easy to get hold of. In fact, we are yet to see someone who has found a 2017 dated £1 in their change.

Over half a billion 2016 dated £1 coins have been released into circulation. So far the only 2017 dated £1 coins we have seen are the Brilliant Uncirculated collector versions.

If we take a look back to the mintage figures in 1983 when the £1 coin was first introduced, in total 443,053,510 of the Royal Arms £1 coin were struck for circulation that year. That’s a little less than the amount of 2016 dated £1 coins and nearly 3 times less than the total amount of of the new coins struck for launch.

Considering 1983 was a time without contactless payments and when cash was the most used method of payment, 443,053,510 seems a relatively small amount in comparison to the 1.5 billion required for the new 12-sided £1 coin launch.

You may remember the collecting frenzy that the ‘Queen with a Necklace’ £2 coin caused in 1998 when the brand new bi-metallic coin was introduced into circulation.

The ‘Queen with a Necklace’ £2 has an enduring legacy in the collecting world as the very first bi-metallic £2 coins issued just prior to the Queen’s portrait change in 1998. This meant that the older portrait by Raphael Maklouf was only used for one year: 1997. His version featured Queen Elizabeth II wearing a necklace, which is how the nickname was derived.

An undeniable interest for collectors.

And the same can be said for the 2016 dated £1 coin. Although the £1 is in no way a rarity, first year of issue coins are always more sought after in years to come. As the new coin is Britain’s first 12-sided £1 and it is the first specification change to our £1 coin in more than 3 decades, the new 2016 dated £1 should hold a significant place  in any coin collection.

To celebrate the release of the new 12-sided £1 coin, we’re giving away FIVE ‘Nations of the Crown’ Silver Proof 12-Sided £1 Coins!

Time and again we hear from people with various serial numbers asking how much their £5 notes are worth, so we thought we would address some of the myths about the £5 polymer banknote.

Notes with the serial number AK47 have been particularly popular thanks to the machine gun connotations.  Back in 2016, news emerged that a £5 banknote with the prefix Ak47 had fetched a winning bid of £80,100 on the online market place eBay. The seller must have been overjoyed with the jackpot amount but it turned out the buyer had no intention of paying up. 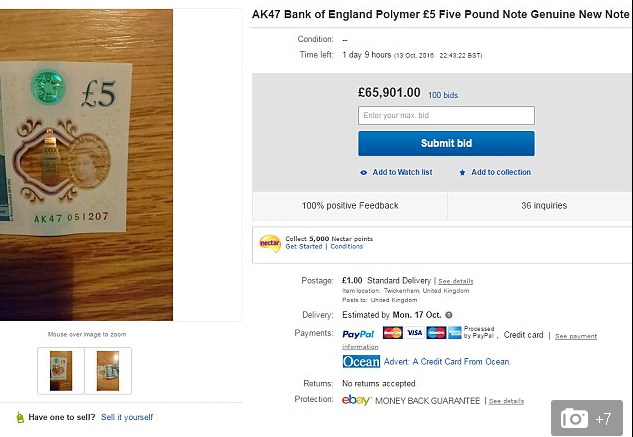 As much as we love the design of the new fiver, there is no way we would pay anywhere near £80,000 for it, no matter what serial number it had.

Or the fivers with a James Bond theme?

Although there must be plenty of James Bond fanatics out there, we can think of so many other items of James Bond memorabilia that fans could spend £5,000 on! And realistically, if you had the choice, which would you prefer to spend £5K on?

What about the AA01 banknotes?

When they were first released, the new polymer banknotes created a collecting storm. In fact I’m almost certain that every single person in the country checked their new note at some point to see if they were lucky enough to find one with the prefix AA01.

Although a banknote with the prefix AA01 might be worth slightly over face value to someone who is genuinely interested, we must remember that 1 million AA01 banknotes were printed. So as much as I wish it could be true, reality check – don’t expect a big payout if you do find one.

And the upside down fiver?

There were countless stories and accounts of plastic banknotes fetching eye-watering sums of money after the launch, but one eBay seller took things a step further when he listed his ‘upside down’ banknote. 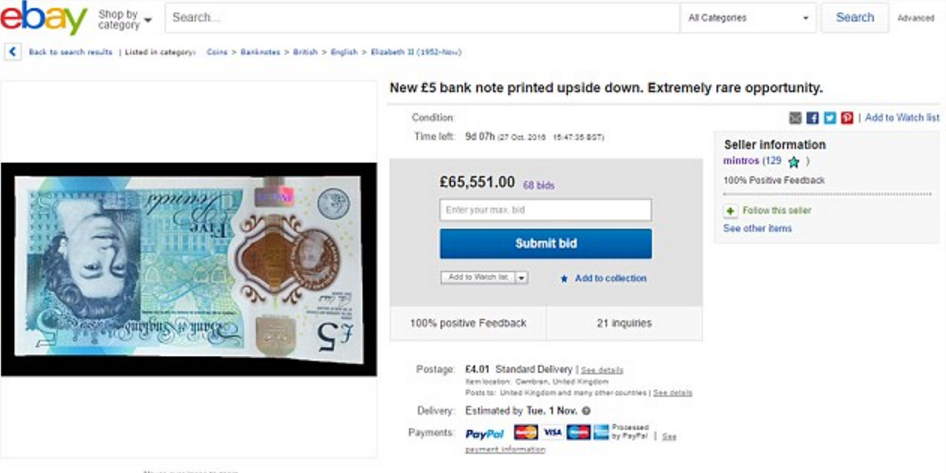 The ‘upside down’ fiver

Although the seller stated in the description that the listing was a joke, he still received lots of serious questions about the note.

Do look out for these £5 notes worth more than £20,000 in circulation! If you come across a fiver with a micro-engraved portrait of either Jane Austen or Harry Kane, whatever you do, do NOT spend it.

Micro-engraver Graham Short has created special £5 notes, engraved with tiny portraits. The first set features author Jane Austen and more recently notes featuring Harry Kane have been  put into circulation and could be worth more than £20,000. In fact, Graham Short’s work has an insurance valuation of £50,000 so these £5 notes will give you an extra £49,995 of value if you find one…

Collecting banknotes is a serious hobby that many thousands of people all over the world enjoy.

There are many ways of assembling collections of banknotes,  for example banknotes that feature famous people (scientists, writers or politicians) or banknotes with historical context such as those from a certain era.

Generally collecting banknotes is not about the serial number it possesses, instead the chief cashier is of most interest, particularly on UK banknotes.  This is where real rarities can be found –  in the form of Chief Cashier signatures. 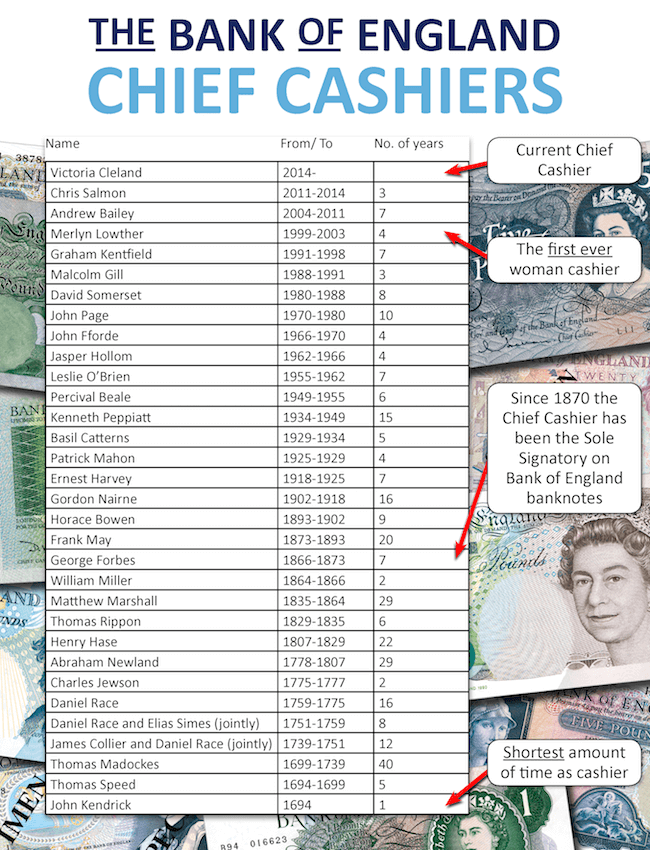