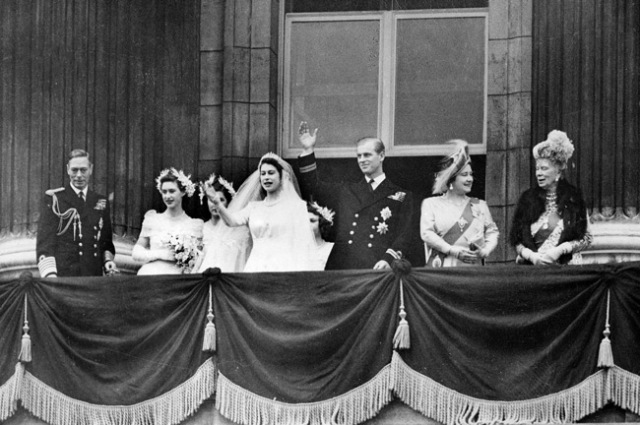 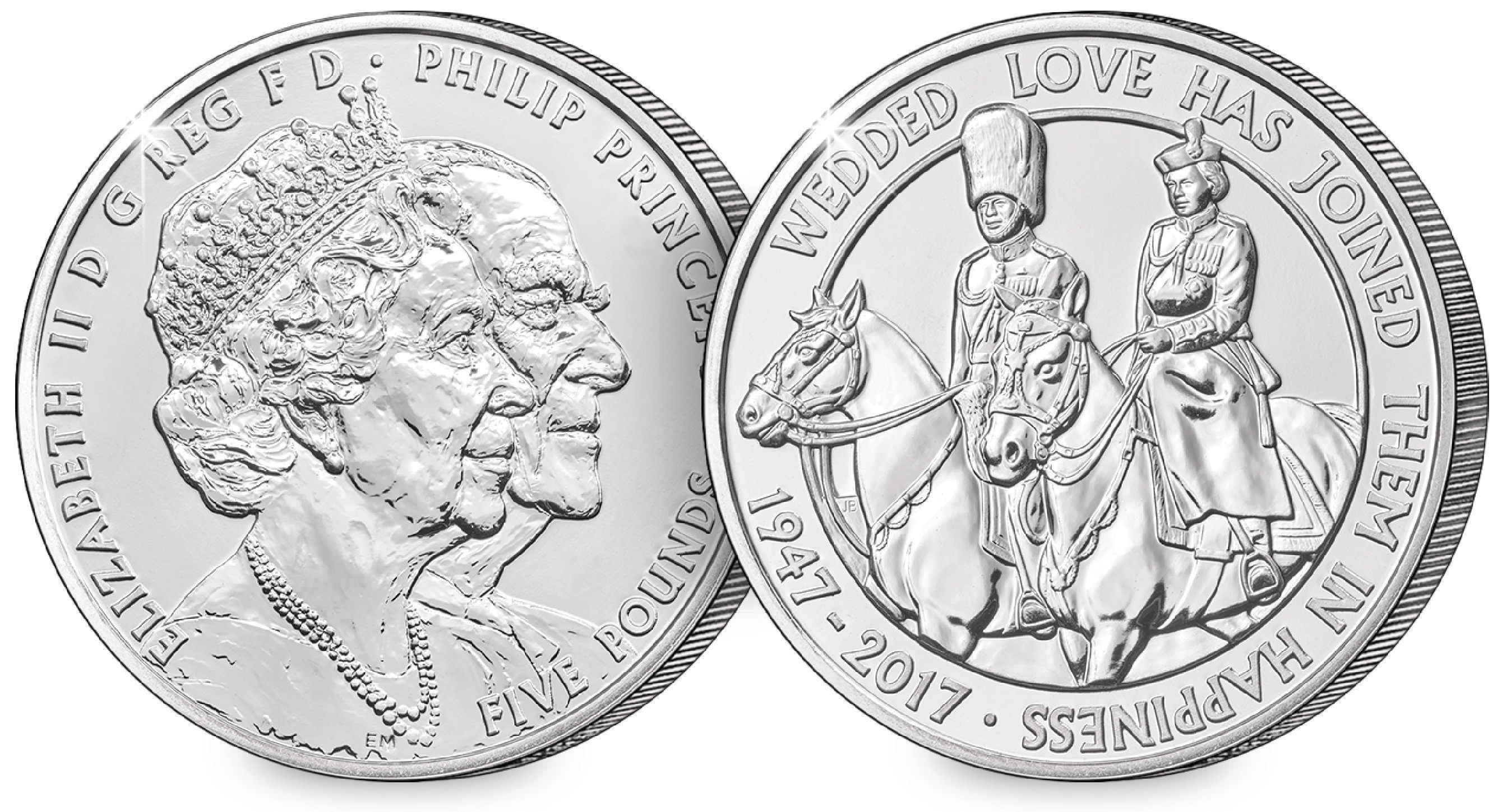 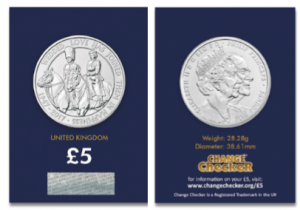 This year we celebrate the Platinum Wedding Anniversary of Her Majesty the Queen and HRH the Duke of Edinburgh – an incredible 70 years of marriage and a FIRST in British royal history.

To celebrate this new milestone, The Royal Mint has issued a brand new UK £5 coin which is sure to be a key issue sought-after by collectors for years to come.

We have managed to secure 1,000 of these brand new UK Platinum Wedding Anniversary £5 Coins for a special UK £5 Coin Ballot.

By entering the ballot you’ve now got the chance to own this brand new £5 for its face value – just £5, POSTFREE.

Can’t wait – click here to find out how to enter the ballot now. 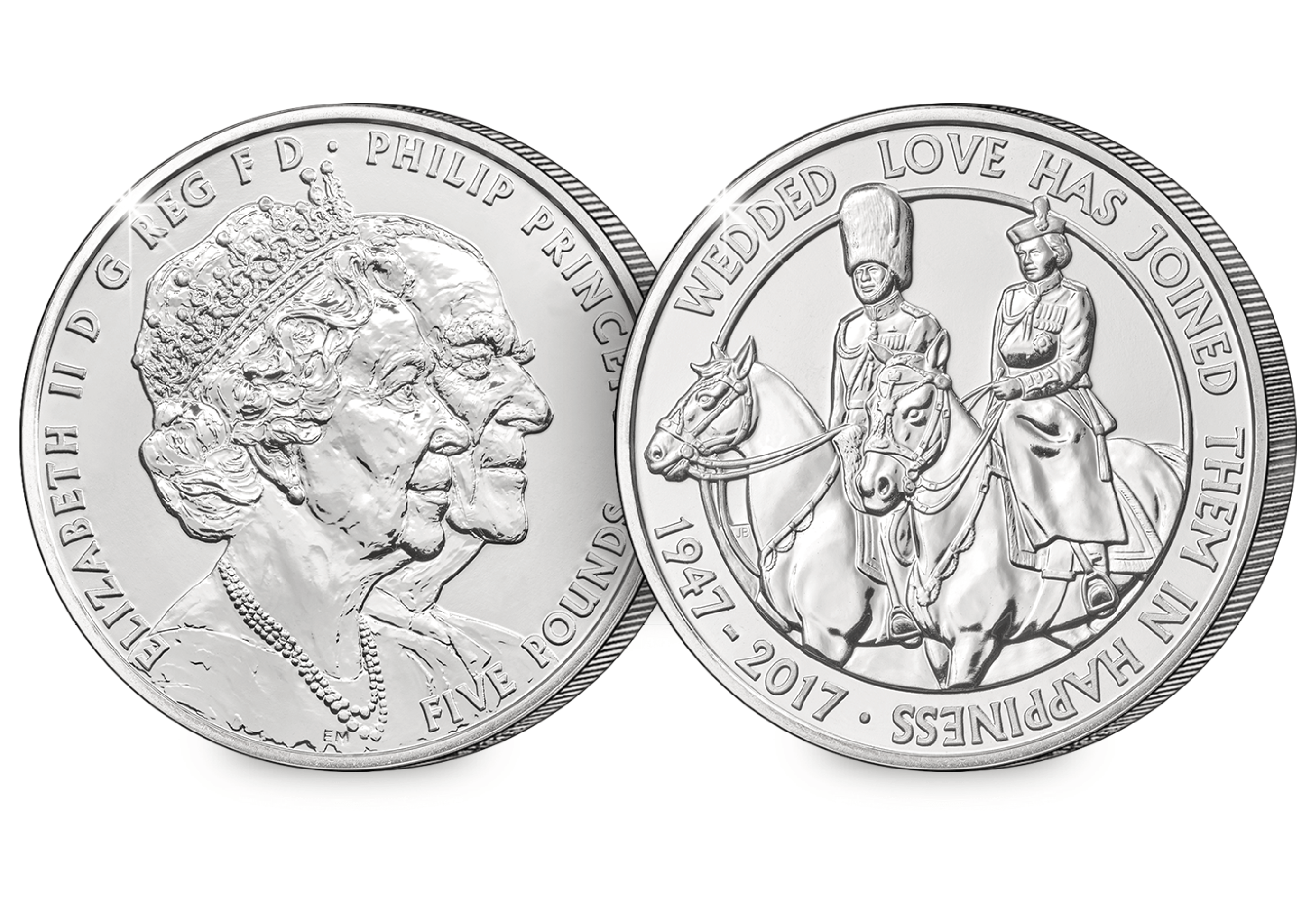 Artist John Bergdahl who created the reverse of this special coin explained about the relevance of the equestrian imagery:

“The use of mounted figures has long been a traditional way to mark important royal occasions. Both The Queen and The Duke of Edinburgh have a love of horses but it seems they rarely rode together, Prince Philip being mainly involved in polo and Her Majesty hacking for pleasure.”

“I therefore chose to depict them at the Trooping the Colour. The Queen is riding her favourite horse Burmese and appears very serene, while Prince Philip’s horse is seen pulling to one side and about to kick over the traces, a reflection perhaps of their different natures.”

The obverse features a special portrait of the couple by sculptor Etienne Millner.

Speaking about the design, he said, “I am hoping to portray The Queen not only as monarch but as a wife, mother and grandmother.”

The History of the £5 Coin

Traditionally, major British events were celebrated with commemorative crowns, which had a face value of 25p, or 5 shillings prior to decimalisation in February 1971. But in 1990 the face value was increased to £5 to give the coin a value consistent with its weight and size.

The first ever £5 coin was released to celebrate The Queen Mother’s 90th Birthday, with other popular issues including The Queen and Prince Philip’s 50th Golden Wedding in 1997, The Diana Princess of Wales Memorial Crown in 1999 and the 200th anniversary of the Battle of Trafalgar in 2005.

The Ballot opens today (2nd October) and will close at 5pm on Monday 16th October.

But remember, with only 1000 of these coins available in the ballot you’ll need to register now for your chance to own the Platinum Wedding Anniversary £5 Coin.

Click here to find out how you can own the 2017 UK Platinum Wedding £5 for its face value.