The world’s only silver-coloured two pence piece was sold on Friday at Charterhouse Auctions in Dorset for £1,357 – equivalent to 67,580 times its face value. 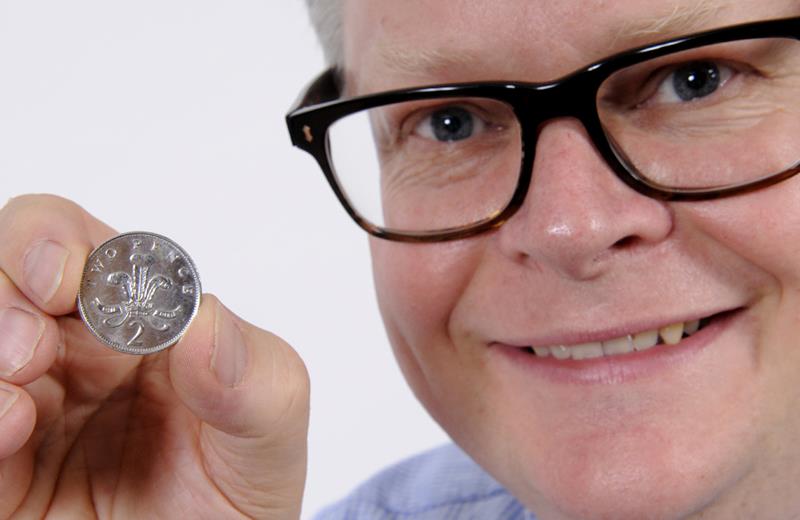 The silver-coloured 2p coin was discovered in 1988

The lucky owner, David Didcock, discovered the coin in 1988 while readying the till at the petrol station he owned at the time.

The silver colour stood out immediately, and recognising its significance, he sent it off to the Royal Mint who verified its authenticity.

Since then it has been wrapped in cotton wool and kept it in a drawer for 26 years before David finally decided it was the right time to sell.

One of a kind

It is believed that the errant coin came into existence when a single cupro-nickel blank used for 5p and 10p pieces was accidentally mixed up with a batch of bronze blanks intended for striking 2p coins.

This is not the first time a Royal Mint error has dramatically inflated the value of a coin.  In 2008 when the reverse of the 20p coin changed to the Royal Shield design, around 100,000 coins were accidentally struck with the previous obverse die, and as a result there was no date on the coin.  The story of the undated 20p took the collecting world by storm, and even today they are selling for in excess of £50.

Another famous error is the 1983 Two Pence which was incorrectly struck with the old wording ‘New Pence’. It is not known how many have made it into circulation, but if sold at auction it is thought they could be worth several hundred pounds.

The minting process is never completely exempt from human error, so remember to always check your change carefully.  Mistakes happen, and when it comes to coins, these mistakes can often be worth a lot money to sharp-eyed collectors.