As every collector knows, an error can add significant value to a coin. You only need to look at the undated 20p saga to realise just how much impact a simple human mistake can have. Those 20p coins with a mismatching obverse and reverse still frequently sell for as much as £50.

But sometimes it also pays to look further than the coin itself for such slip-ups.

Brilliant Uncirculated presentation packs, or BU Packs, are issued annually by the Royal Mint and are a collector’s item in their own right. They contain a full set of uncirculated coins for the year, along with illustrated packaging and more information about each coin.

These packs are equally prone to human errors, and this year has already been an eventful one in that respect. 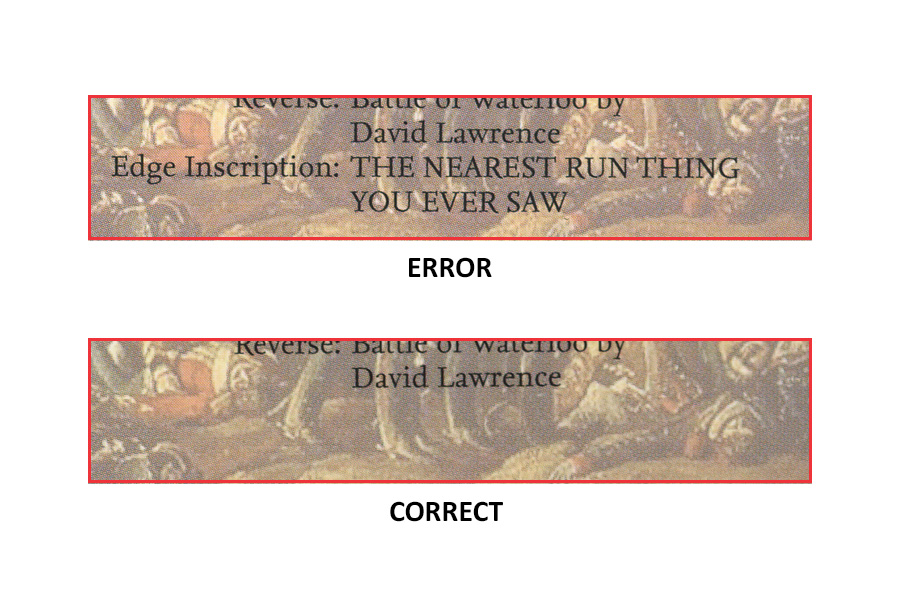 If you were among the first collectors to secure a 2015 UK Coin Pack from the Royal Mint, the likelihood is you’ve been sent one with a printed error.

The specification in these original packs states an edge inscription for both the Battle of Waterloo and the Churchill commemorative £5 coins, but in fact both of these base metal coins have milled edges with no inscription. Once the Royal Mint were made aware of the error, the packaging was promptly changed to remove the text, but of course a significant number of packs had already slipped the net. 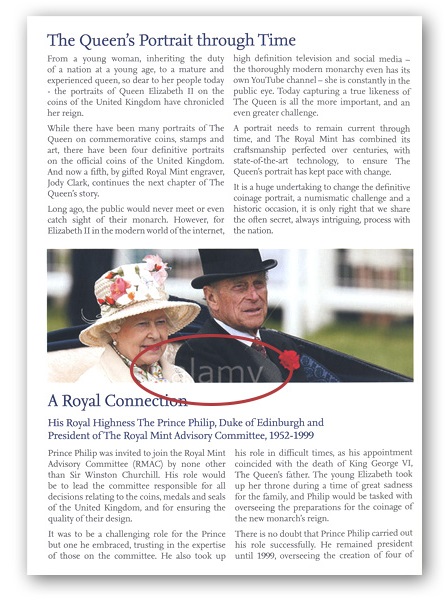 The latest presentation pack was issued recently to mark Jody Clark’s new effigy of the Queen, with all coins featuring his new portrait.

Again, if you were quick to snap up one of these packs you may have noticed a couple of mistakes which were overlooked in production.

The first is an errant photographic library watermark which somehow found its way onto the final packaging, and appears in an image of the Queen and Prince Philip. 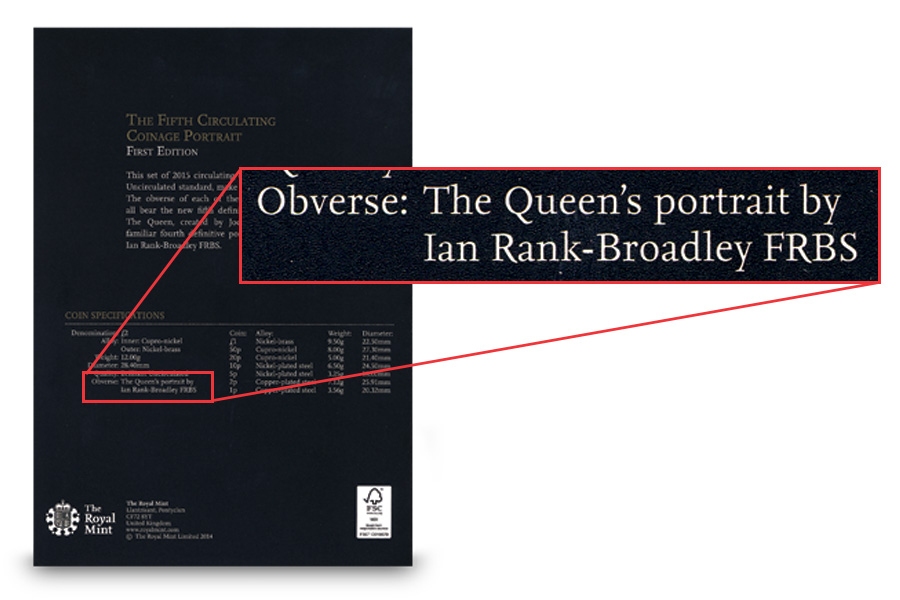 Ian Rank-Broadley is mistakenly named as the obverse designer

The second and more surprising mistake to look out for is the specification on the reverse stating Ian Rank-Broadley FRBS rather than Jody Clark as the obverse designer of the new coins.

At the time of writing, we understand the Royal Mint has withdrawn the pack from sale and are awaiting a re-print.

For now, it is impossible to say precisely how rare these packs are, and it is unlikely that the Royal Mint will ever disclose the exact number.

It’s normal to feel short-changed if you’ve bought any item which has a defect. However, if you have recently added one of these error packs to your collection, you have actually secured something which is quite special to collectors, and may turn out to be highly prized in years to come.