Keen to encourage the war effort, the Canadian Government did something I have not seen anywhere else.  They issued a coin as a piece of pure propaganda. 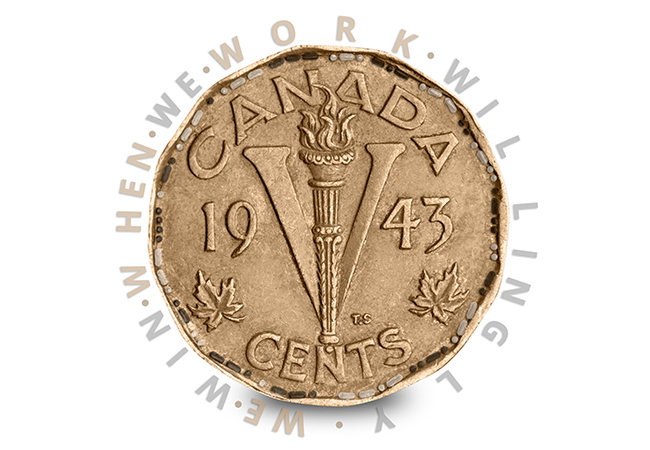 A Flaming Torch and “V” for Victory dominate the design, whilst the Morse code message on the coin’s rim read “We win when we work willingly”.

If you look closely, you will see the Morse code message just inside the bead of the coin on the reverse. 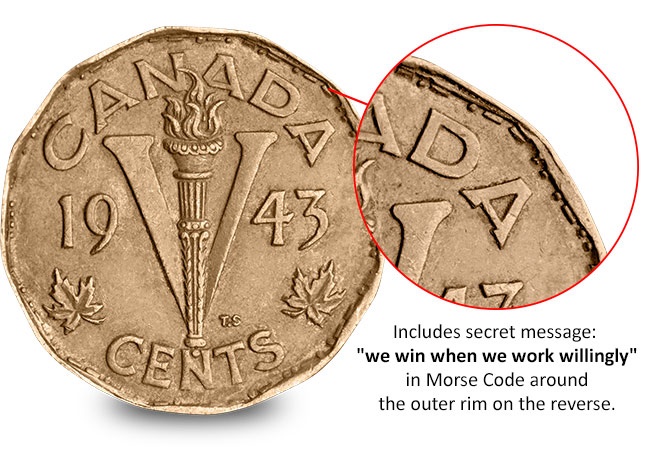 The ‘V’ represents the number five in Roman numerals for the coins face value, but also Winston Churchill’s famous V for Victory sign that had become synonymous with the hope of victory throughout the Allied nations.

Canadian officials felt it was important to have a patriotic symbol to support their war efforts. And as the coin was used by service men and women – as well as those at home – it did a great job at reminding people of the war effort.

This now legendary coin was minted right up until the end of the War in 1945.

The legendary coin with the hidden message 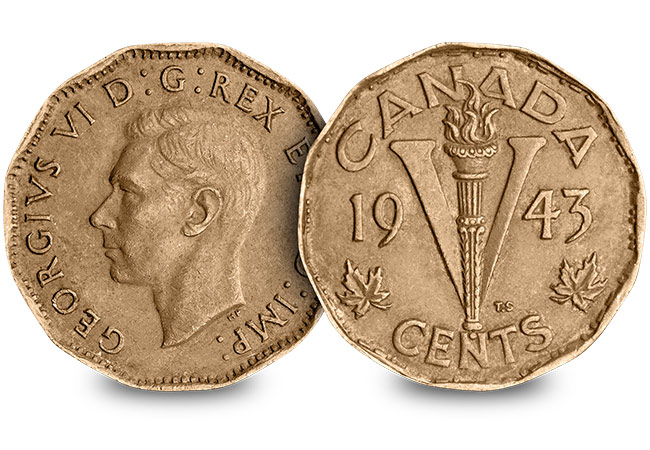