Today, the Duke of Edinburgh celebrates his 95th birthday, a truly remarkable milestone.

It would seem that whilst the Queen’s 90th birthday is celebrated throughout the nation, Prince Philip’s 95th birthday has been forgotten in comparison.

"He has, quite simply, been my strength & stay all these years"

Why we shouldn’t forget about Philip…

The Duke of Edinburgh is the longest-serving consort in British history and the oldest-ever male member of the British Royal family.

In 1952, The Duke of Edinburgh was appointed President of the Royal Mint Advisory Committee. His role included selecting the design of coins, medals and seals for the new reign of Her Majesty the Queen. He worked with the Royal Mint right up to his retirement in 1999 so it’s fair to say that the coins we know and love from years gone by, were specially selected by Prince Philip.

One of the rarest £5 coins

Back in 2011 a UK £5 coin was issued for his 90th birthday. Just 18,730 of these coins were struck in Brilliant uncirculated presentation packs making it one of the rarest £5 coins ever. You can read the full blog here: 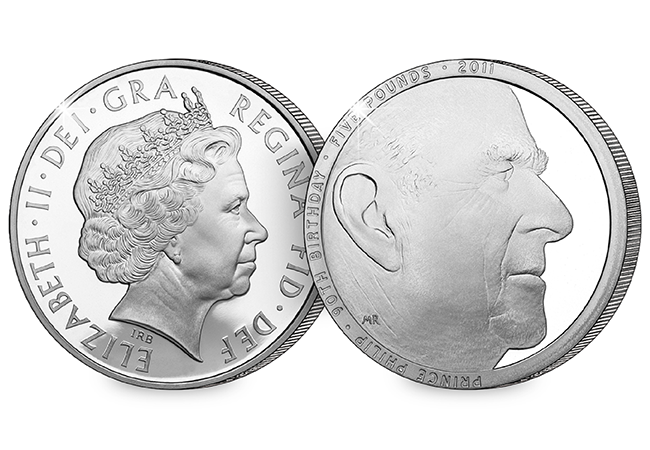 The Coins design featured a specially commissioned portrait of Philip by Mark Richards FRBS. The coin shows a close up portrait which aims to emphasise the features of His Royal Highness rather than portraying him as a distant figurehead.

He also featured on this coin… a numismatic first! In 2007, Her Majesty the Queen and the Duke of Edinburgh celebrated their Diamond Wedding Anniversary, a remarkable 60 years of marriage.  Due to this massive milestone and a truly proud moment for them both, the Royal Mint issued a £5 coin. Designed by Emma Noble, the reverse beautifully depicts the Rose Window at Westminster Abbey. This highly sought after coin is the only UK coin to feature the conjoined portrait of the Queen and Prince Philip.

So Happy 95th Birthday Prince Philip and many happy returns.

Do you have either of these coins in your collection? Let us know in the comments or on Facebook or Twitter.

Click here to own one of just 95 that have been released in honour of Prince Philip’s 95th Birthday.