The Beatrix Potter 50p series has dominated the news ever since the coins were revealed by The Royal Mint last year. In fact, they have been the biggest story in 50p collecting since the London Olympics!

Homeless man handed ‘rare 50p coin that could be worth thousands’

Earlier this year a homeless man hit the headlines after he was given a Peter Rabbit 50p. According to the article, the 50p was worth thousands as it was listed on a ‘Buy it now’ listing on eBay at £10,000. 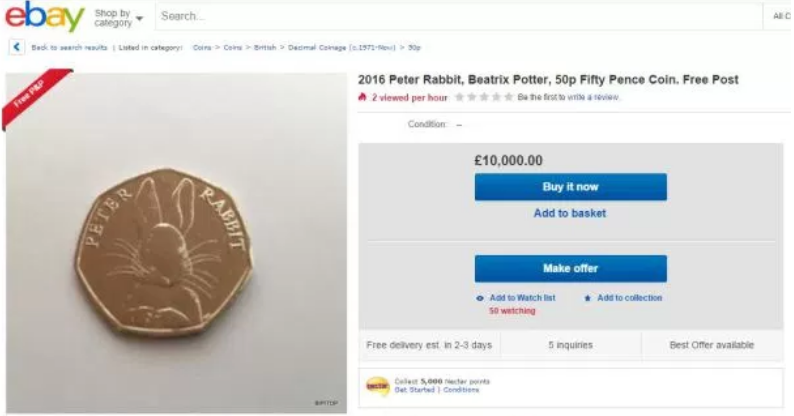 There have been plenty of misconceptions surrounding the value of the Beatrix Potter 50p’s released into circulation last year. This is mainly down to sensational headlines and misreporting of certain key facts.

The first thing to bear in mind is that three different types of Beatrix Potter 50ps were issued by The Royal Mint: 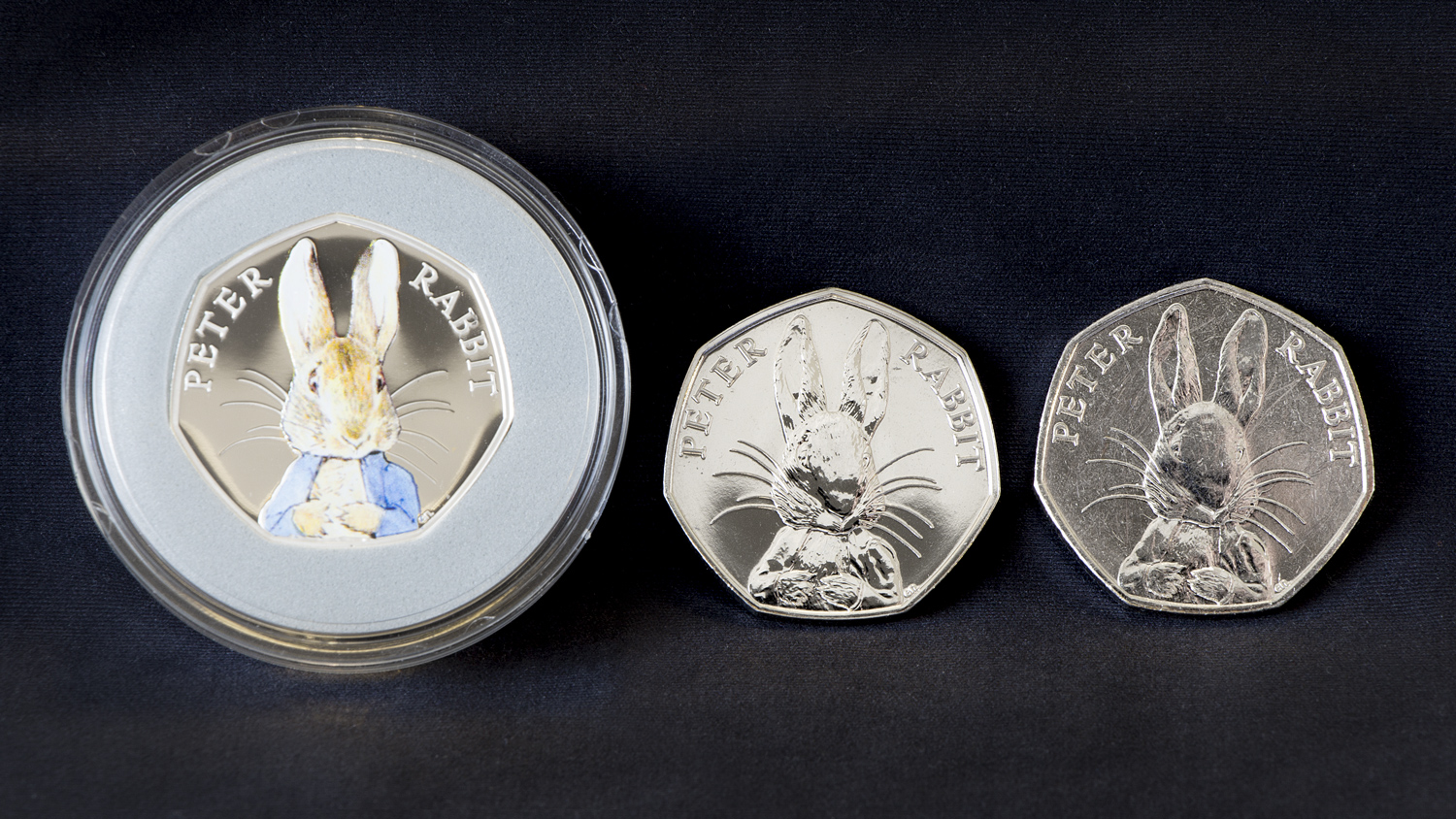 Three types of Peter Rabbit 50p’s were issued by The Royal Mint: The Silver Coloured 50p, the Brilliant Uncirculated 50p and the circulation 50p 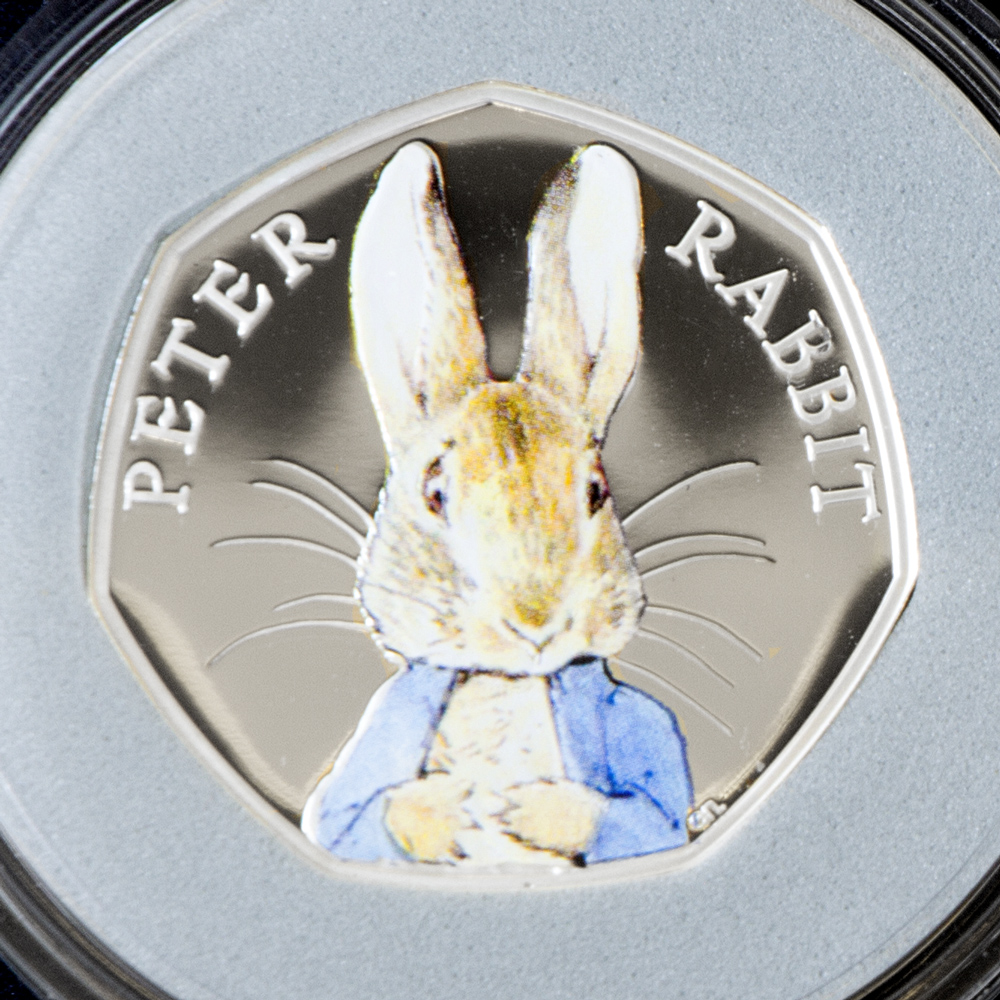 The first silver coloured 50p to be released by the Royal Mint was Peter Rabbit.

This coin was so popular that by mid-morning The Royal Mint’s website crashed under the sheer weight of public interest. Not long after, all 15,000 coins completely sold out and therefore getting hold of one now is extremely difficult.

In fact if you want one of the limited edition Silver coloured Peter Rabbit 50p’s you can expect to pay no less than £400.

The sell out of this coin consolidated demand and interest for the base metal Peter Rabbit coin, as well as the four further issues of 2016 – Squirrel Nutkin, Mrs Tiggy-Winkle, Jemima Puddle-Duck and the Beatrix Potter 150th Anniversary 50p. 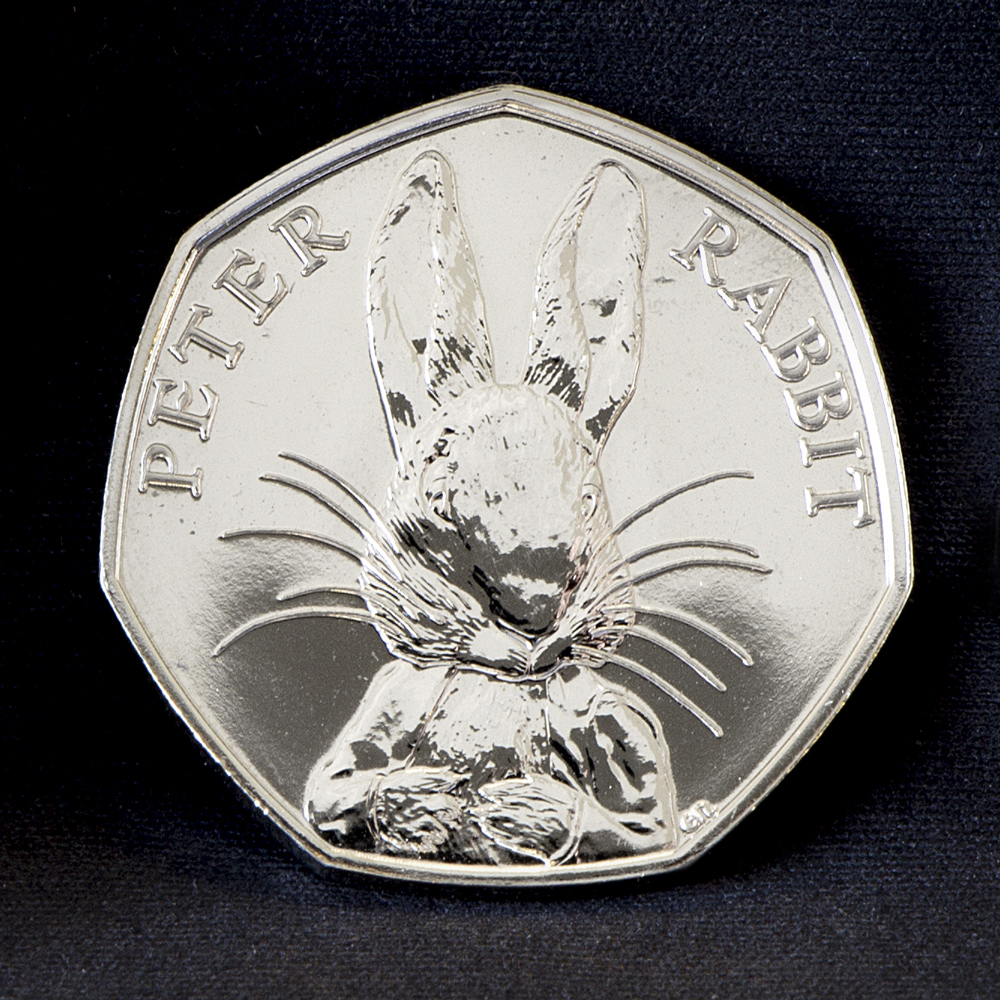 Brilliant Uncirculated (BU) coins are specially struck and handled by The Royal Mint to ensure the pristine unblemished finish that collectors value.

They also have a limited mintage and are therefore superior to circulating coins.

They are easy to tell apart from circulating coins if they are kept in good condition. So it is very unlikely to find these in your change as they are usually supplied in protective packaging. 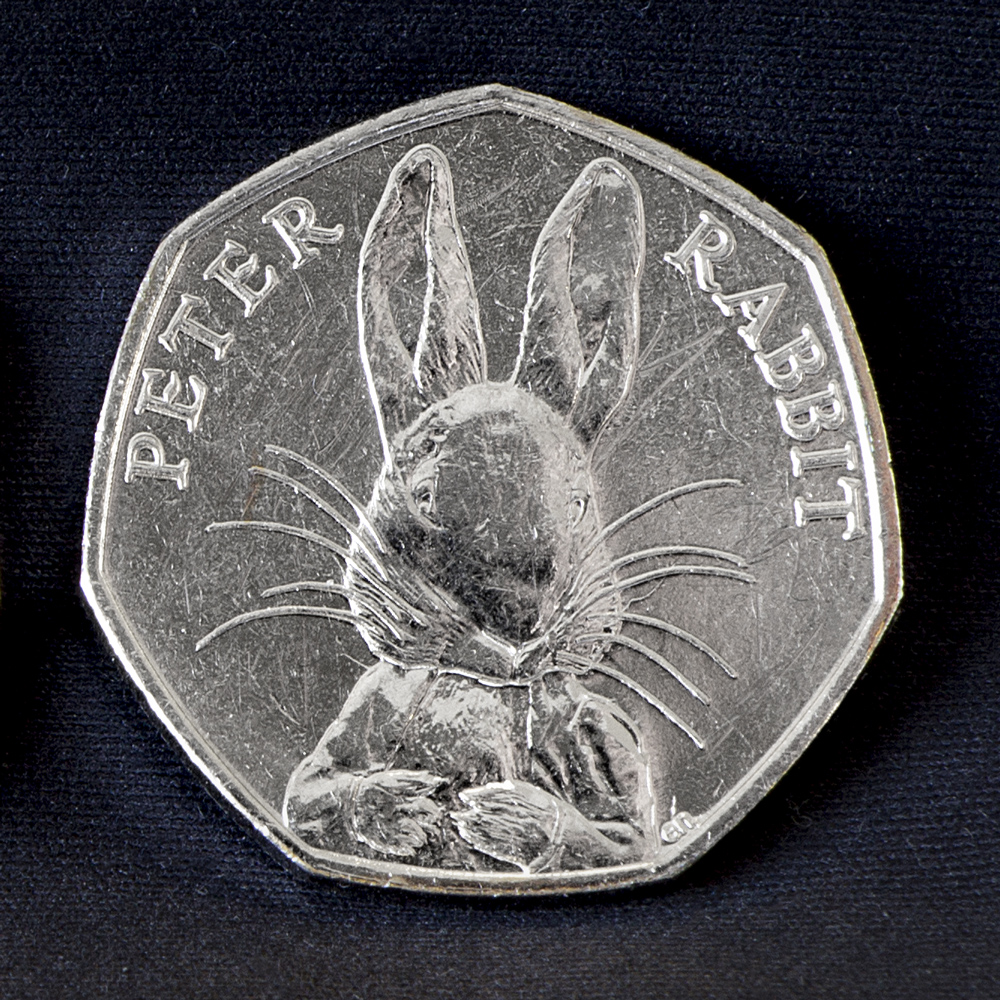 The circulation 50p coins are the coins you find in your change and this series of BeatrixPotter 50p’s will no doubt become some the most wanted circulating coins of all time.

In terms of mintage figures for the circulated version which can arrive in change, it is not clear the exact numbers of each coin – The Royal Mint have not yet published this information. That means it is not possible to know if one coin is rarer than another. However, the ‘rarest’ circulating 50p – with the Kew Gardens pagoda on it – had a mintage of 210,000 and these can sell for tidy sums online.

Although these coins can fetch slightly more than face value on online auction sites such as eBay, it’s important to remember that they are still available to buy brand new. In fact the most you need to pay is just £3.99.

Be aware of privately enhanced coloured 50p’s. As pretty as these coins are, if you come across one, they are not a scarce collector’s item and they should not be mistaken for the sold out Coloured Silver Proof 50p’s. These coins are usually circulation quality that have been painted and varnished and therefore will not be accepted as payment in shops. As creative as these coins are I would go as far as saying they are coins that have been turned into trinkets.

What makes these 50p coins so special?

There is no doubt that the Beatrix Potter 50p’s have caused much excitement across the UK and we can see why they’re so popular.

Collectors all over the country have been checking their change in an attempt to find a complete collection of Beatrix Potter 50p coins and we don’t blame them. But as with anything rare and sought-after it’s worth getting as much knowledge as you can when coin collecting. So keep checking the blog and we’ll keep posting news when we have it to make sure you are as informed as possible!

Can’t wait to find them in your change?

The complete range of Beatrix Potter 50p coins are available now with prices starting from just £3.99.