2017 marks 200 years since the death of Jane Austen– one of the best-loved English novelists of all time. And to celebrate such an inspirational female figure, both The Royal Mint and the Bank of England have chosen to honour her on a brand new coin and bank note this year.

In fact, this is the first time ever that someone has featured on a circulation coin and banknote at the same time– other than the reigning monarch.

But, all is not well. In an era where airbrushing celebrity photos is par for the course it is perhaps surprising that there has been such uproar regarding Jane Austen’s portrait on the new £10 note. 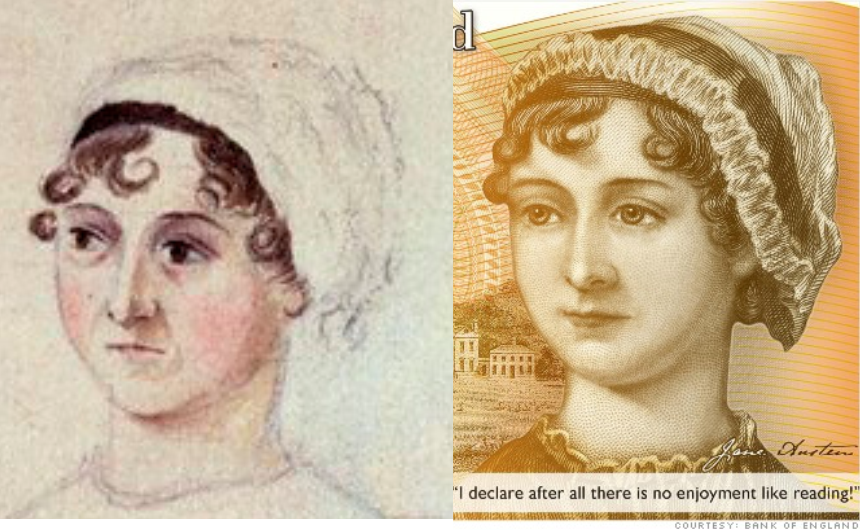 A portrait of Jane Austen, considered a genuine likeness, compared to her portrait on the new £10 note.

However, many people are upset that she appears to have had the Photoshop treatment; altering her real image to one ‘better suited’ to this modern age. With some even going as far to say she has been made into a Disney princess. Although the difference is not drastic, it is clear that a few minor tweaks have been made.

It seems as though it is not a good idea to mess with the appearance of such a well loved English icon.

We’d certainly be interested to hear your thoughts on the matter, let us know by answering our poll.