Following the launch of the Change Checker “Scarcity Index” earlier this year the Quarter 3 Index has now been published. 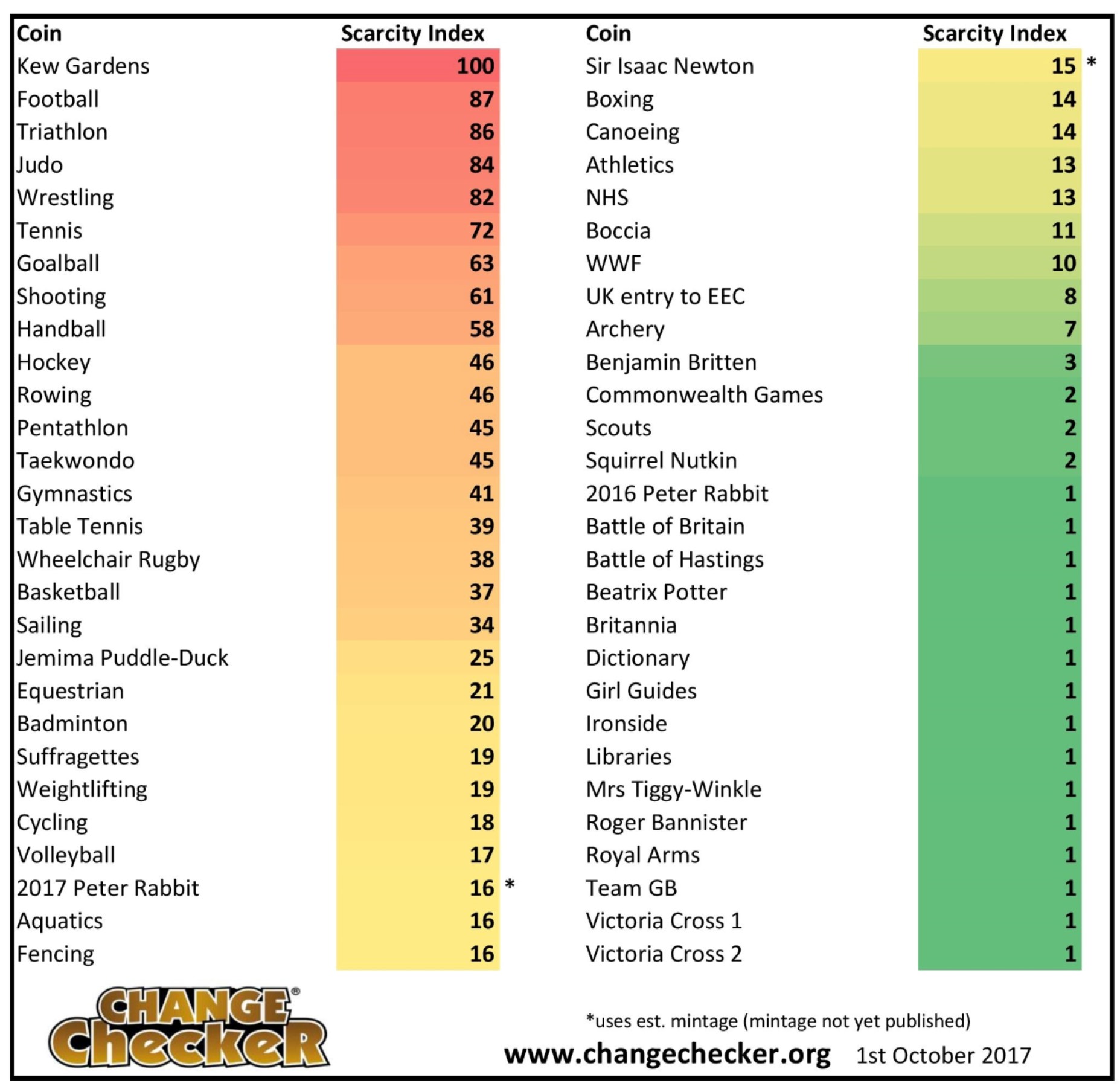 Isaac Newton, which made it’s debut in our Q2 update, settles on a score of 15, dropping 8 points from 23. This is due to a higher than expected number of Change Checker’s having this coin in their collection.

The 2017 Peter Rabbit 50p joins the “Scarcity Index” after having been released into general circulation at the end of September. A score of 16 makes it the 2nd scarcest Beatrix Potter 50p.

It’s worth noting that we currently only have estimated mintages for these two coins; it’ll be interesting to see how they rank once official mintage figures are released. 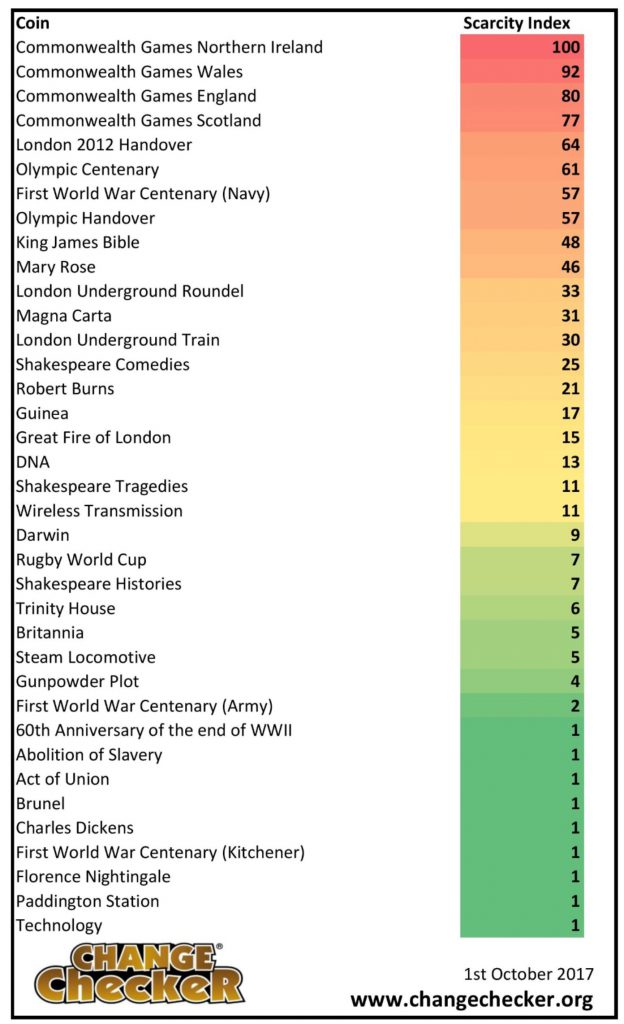 There’s not a lot of movement in our Quarter 3 £2 “Scarcity Index” update.

The overall value of the Commonwealth games series has dropped slightly, however these 4 coins are still some way clear of the London 2012 Handover in 5th place.

There are no new £2 coins to add to the Index as we’re still waiting for the Jane Austen and WWI Aviation coins to be released into general circulation. We expect this to happen in Q4.