The Olympic sports 50p series was a revelation in coin collecting – for many it represents the start of their interest in UK circulation coins and thousands rose to the challenge of finding them all from their change.

But the mintage of each coin in the 29-piece collection is different, and so the likelihood of finding one varies accordingly. Football narrowly holds the title of the rarest sport in the series, but there were still over one million of those struck for circulation. A coin with such a high mintage can hardly be considered as “rare”. For that honourable title, we must look beyond the official Royal Mint circulation figures…

In September last year, we reported on an Aquatics 50p which sold on eBay for £820. As you might suspect, it wasn’t an ordinary Olympic 50p which we would typically pull out of our change – it has a very specific minting ‘error’.

The design was modified to make the swimmer more visible.

The Aquatics 50p which we are familiar with today is actually a modified version which removed the waves passing over the swimmer’s face. However, a small number of the original design were produced before being modified, although this quantity remains a mystery.

What we do know is that it is not unusual for these special coins to exchange hands for close to £1,000 – not a bad return on a 50 pence coin! 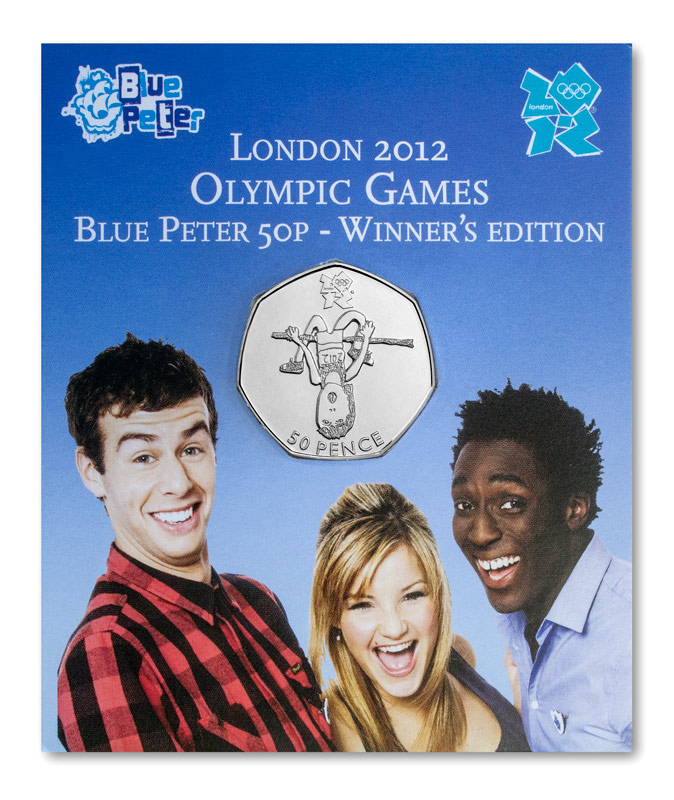 In 2009, nine-year old Florence Jackson became the youngest person to design a coin for circulation in the UK. Her Athletics Olympic 50p design was the ultimate winner of a Blue Peter competition and her creation featuring an athlete midway through a high-jump can be now be found in our change up and down the country.

You probably recognise the coin, but what you may not know is that a rare version of this coin exists. When the competition winner was revealed, a special edition Blue Peter presentation pack was issued with a 2009 dated coin, making it the only Olympic 50p without a 2011 date. Just 100,000 of these packs were issued, meaning it is more than twice as rare as the famous Kew Gardens 50p. 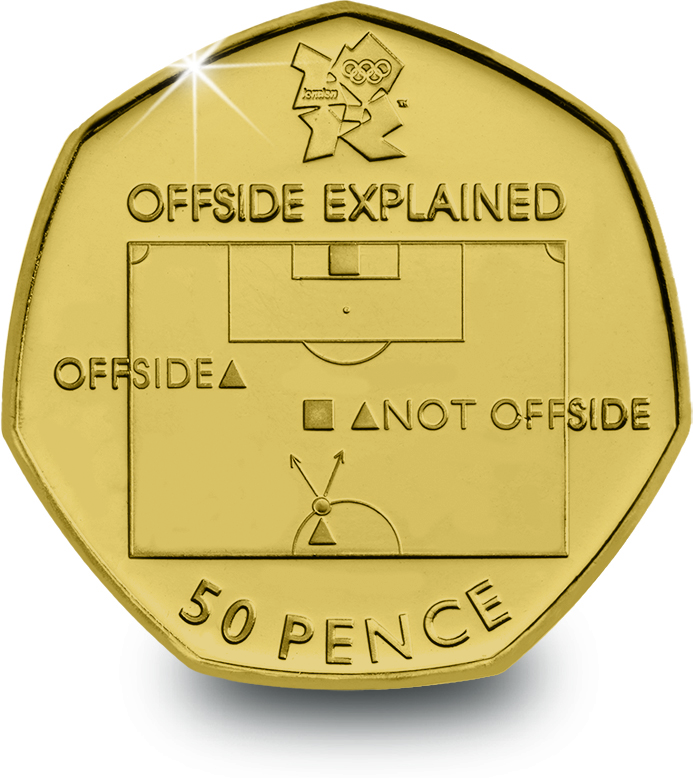 But rarest of all are the gold versions of each 50p which were presented to their respective winning designers. Only one of each design exists. You certainly won’t find one of those in your change, and they will be quite literally gold dust for years to come.

Aside from their precious metal content, their unique status and significance rank them as potentially the most valuable UK 50p coins in existence.

Are you interested in owning any of the Olympic 50ps? We have a limited number available in the Change Checker Shop. Click on a sport below to add it to your collection. All available with FREE P&P