As it’s St Andrew’s Day today I thought I’d have a look back at the UK coins with designs that have been inspired by Scotland.  How many have you got in your collection?

Here are my top 10, with details taken from the Change Checker App… 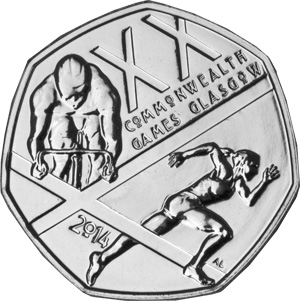 50p: Glasgow Commonwealth Games
Year of issue: 2014
This 50p commemorates the 20th Commonwealth Games in Glasgow in 2014.  The reverse design by Alex Goudon features a depiction of a sprinter and a cyclist alongside the St Andrew’s Cross.  Athletics and cycling are two of the 17 different sports that featured in the Games over its 11 days. 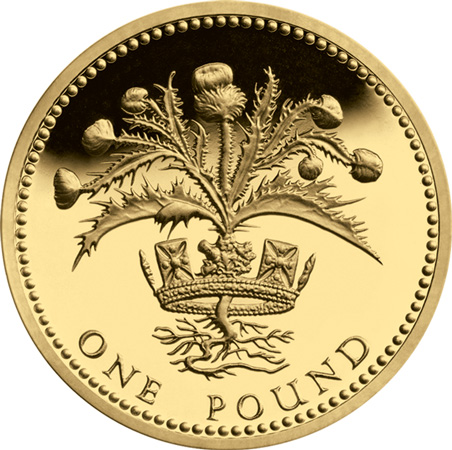 £1 Coin: Scottish Thistle
Years of Issue: 1984 & 1989
The first reverse design series of £1 coins took floral emblems as its theme to represent the United Kingdom and its four constituent countries.  They were designed by Lesley Durbin – one of the most highly-regarded silversmiths of the 20th Century.  The Thistle is used on this coin to represent Scotland. 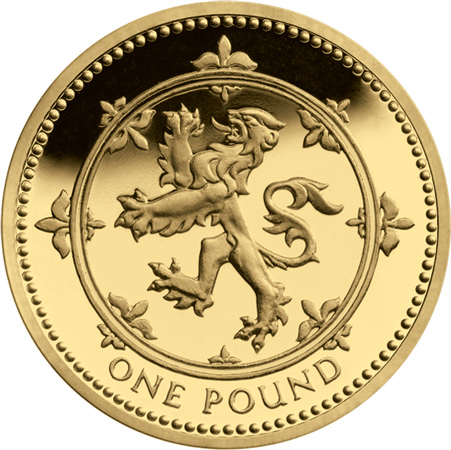 £1 Coin: Lion Rampant
Year of issue: 1994 & 1999
The second series of £1 coin designs used heraldic emblems to represent the United Kingdom and its four constituent countries.  This coin features a Lion Rampant which is used to represent Scotland.  The term ‘rampant’ refers to the position of the lion standing upright with forelegs raised and claws unsheathed, and this symbol was first used to represent the Scottish kingdom by King Alexander in the 13th Century. 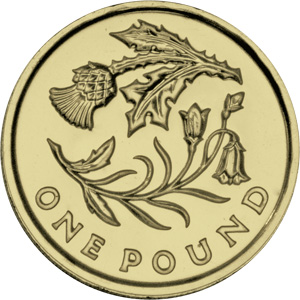 £1 Coin: Floral Emblem of Scotland
Year of Issue: 2014
The fifth series of £1 coin designs uses pairs of floral emblems designed by Timothy Noad to represent the United Kingdom and its four constituent countries.  This coin features a thistle alongside a bluebell to represent Scotland. 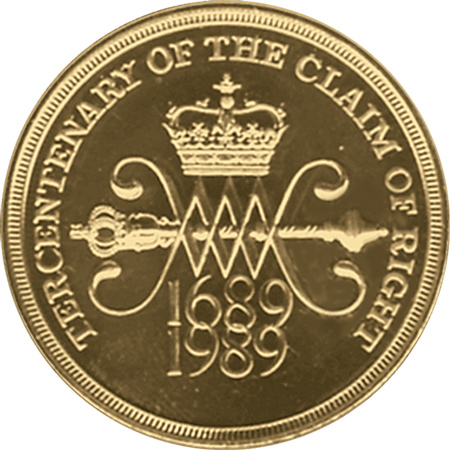 £2 Coin: Claim of Right
Year of issue: 1989
In 1689, Prince William and Mary accepted the Declaration of Rights prior to being offered the throne, which effectively shifted the balance of power from Crown to Parliament and changed the course of British political history.  This £2 coin was issued in 1989 to commemorate the 300th anniversary of this landmark act.  There were 2 versions of the coin issued – English and Scottish. 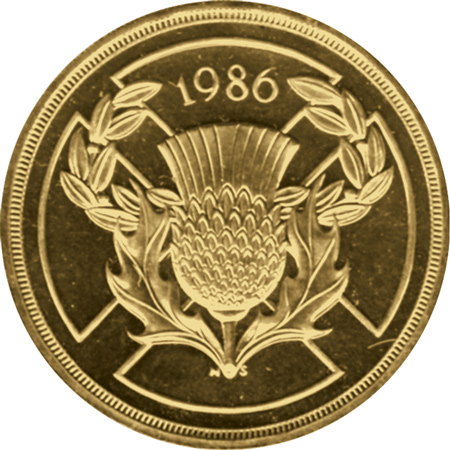 £2 Coin: Edinburgh Commonwealth Games
Year of issue: 1986
The thirteenth Commonwealth Games were held in Edinburgh in 1986, and are well remember for being boycotted by 32 of the 59 eligible countries who did  not agree with Britain’s sporting connections to South Africa during the Apartheid era.  The reverse design features a thistle encircled by a laurel wreath over the cross of St. Andrew.  This £2 was the first British coin issued to commemorate a sporting event. 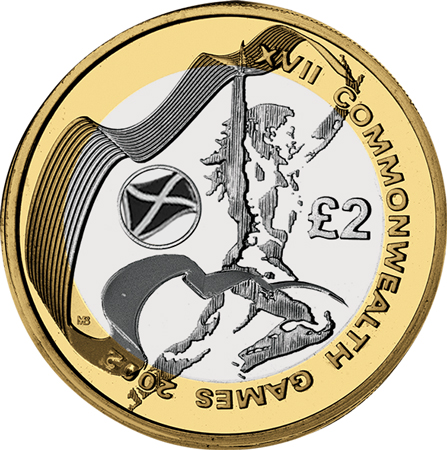 £2 Coin: 2002 Commonwealth Games – Scotland
Year of issue: 2002
The 2002 Commonwealth Games were held in Manchester, and prior to the Olympic Games in London in 2012, it was the largest multi-sport event ever to be held in the UK.  There are four different designs of the £2 commemorative coin – all are similar except that the central cameo features a different flag for the four constituent countries of the UK.  This coin represents Scotland. 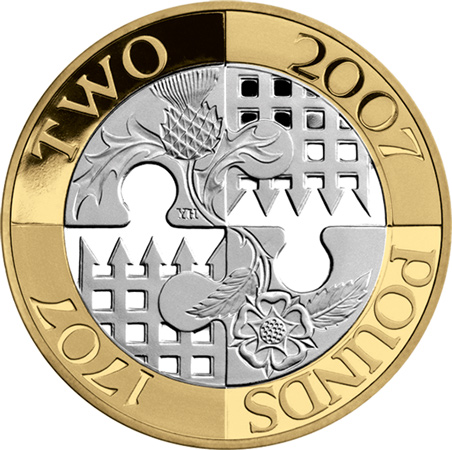 £2 Coin: Act of Union
Year of issue: 2007
The political unification of Scotland and England was sealed in 1707 with the creation of one parliament for both countries – based at Westminster.  Despite centuries of conflict and opposition, Scotland and England unified through this parliament, forming the United Kingdom of Great Britain.  The reverse design by Yvonne Holton features two jigsaw pieces representing both countries alongside a portcullis representing Parliament. 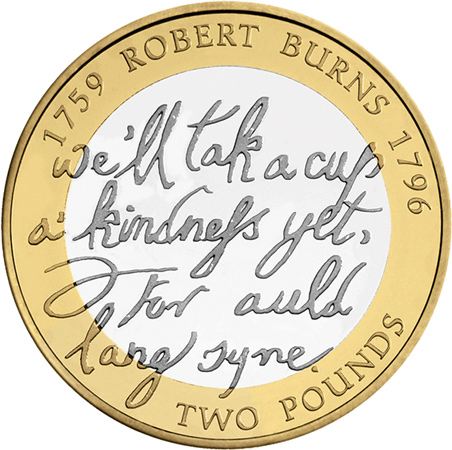 £2 Coin: 250th Anniversary of the birth of Robert Burns
Year of issue: 2009
Robert Burns was a Scottish poet and lyricist who is widely regarded as one of the greatest literary figures in British history.  Burns night is celebrated each year with a traditional Haggis supper on his birthday, 25th January, and is more widely observed in Scotland than the official national day, St Andrew’s Day.  The reverse design of this £2 coin features an extract from Auld Lang Syne, Burns’ most famous work. 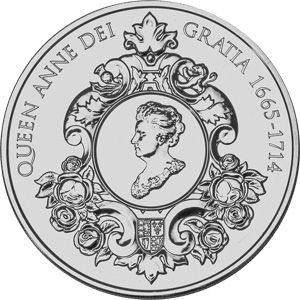 £5 Coin: 300th Anniversary of the Death of Queen Anne
Year of issue: 2014
Queen Anne was the second daughter of James II and supported the overthrow of her father by her sister Mark and brother-in-law WIlliam of Orange in 1688.  Following William’s death in 1702, Anne took the throne as the very first Queen of Great Britain.  She also oversaw the War of Spanish Succesion (1702-1714), an era which lay the foundation for Britain’s colonial power in the 18th century.  This coin commemorates 300 years since her death in 1714 and features an elegant portrait of Anne as an 18th century miniature on the reverse. 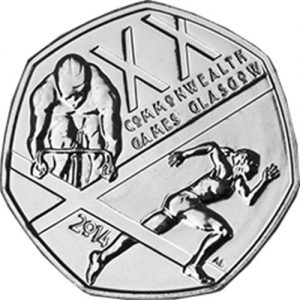 The obverse features the fourth portrait of Her Majesty the Queen by Ian Rank-Broadley FRBS.

ORDER YOURS TODAY WITH FREE P&P >>