Have I just found a rare coin? It’s a question which collectors ask daily, and to help answer it, we’ve put together these charts showing the TOP 10 rarest coins for each of the four denominations on the Change Checker App.

How does your coin stack up against the others? 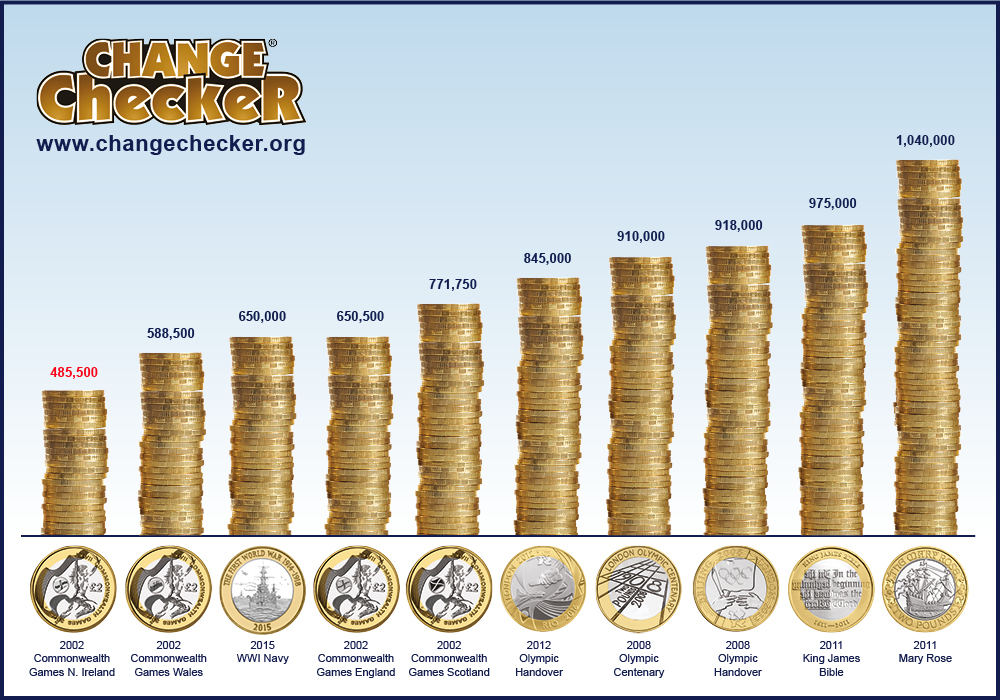 The rarest One Pound coin currently in circulation is the Edinburgh £1 – have you ever spotted one in your change? The Royal Arms is a common design which is sometimes ignored, but remember to look out for one with a 2008 date – that’s actually the fourth rarest. 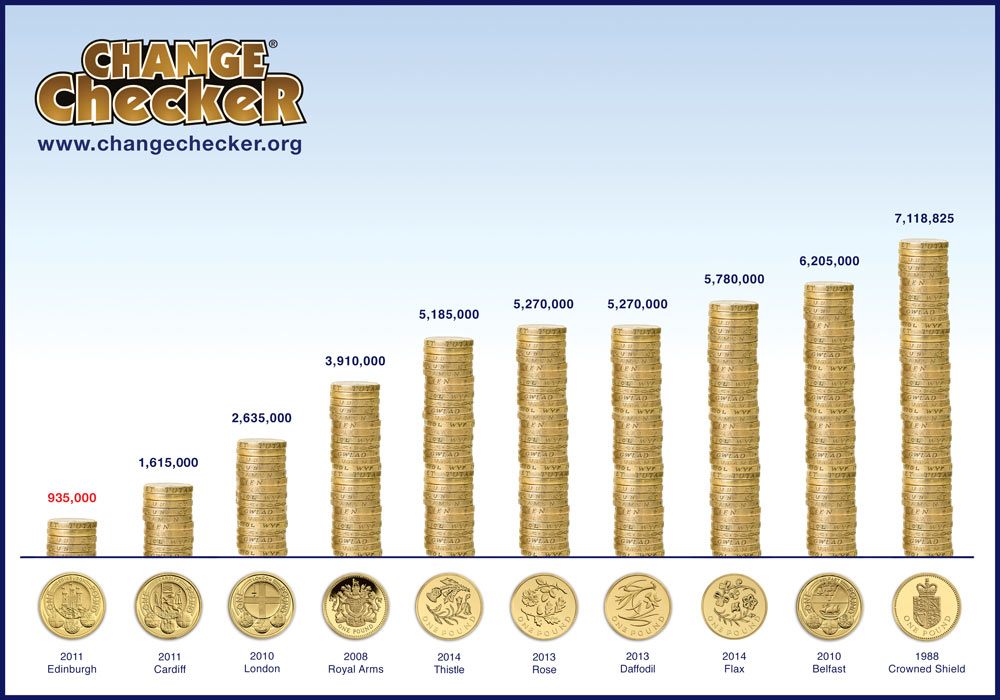 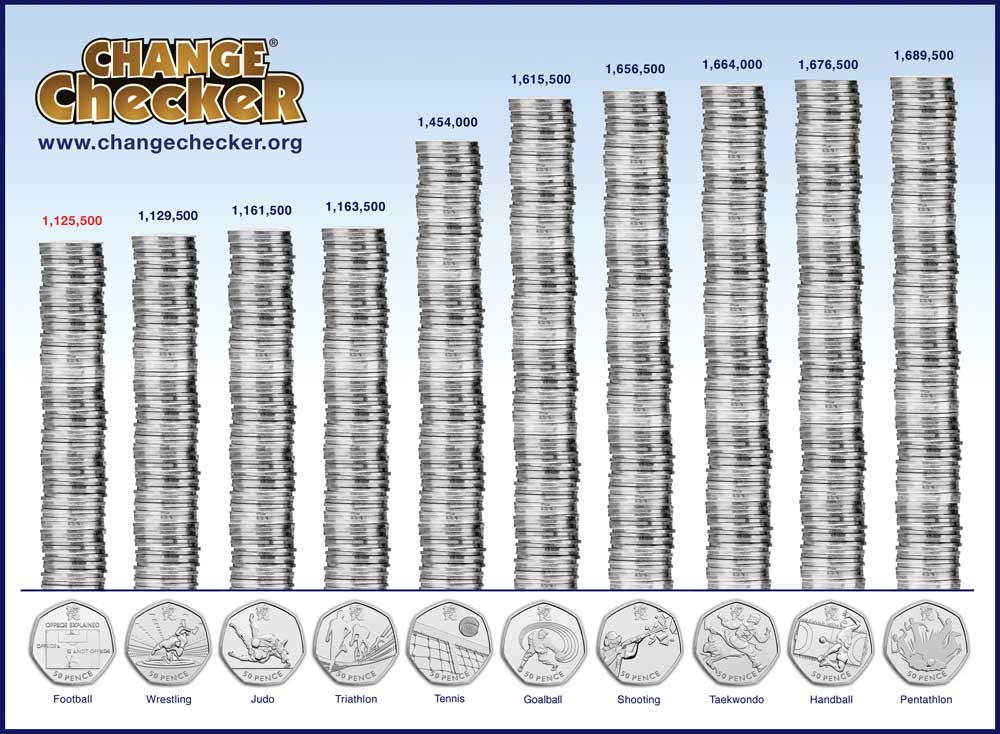 As mentioned in our previous blog the rarest coin, of any denomination, is the Kew Gardens 50p. Its status as the most scarce coin has been well publicised, and as a result, many are hoarded by collectors. The chart below illustrates just how rare it is compared with other Fifty Pence designs.

Hopefully our charts will help you identify which coins you should be looking for in your loose change, and remember you can Find, Collect and Swap all your coins for FREE with the Change Checker App: www.changechecker.org/app

Add this year’s most sought after 50ps to your collection!

Own the 2018 Paddington 50p coins in Brilliant Uncirculated quality and give this adorable British bear a home! Just £3.99 each (+p&p) >>

Which coins are missing from your collection?

Check out our range of Certified Brilliant Uncirculated coins, Early Strike A-Z 10p coins, and Accessories with prices starting from as little as £2.50!