Summer is right around the corner and as we start thinking about jetting off on holiday for some fun in the sun, it’s time to organise that all important foreign currency.

But have you ever thought about checking your holiday money for hidden treasures and rare coins?

Having recently returned from a two week holiday in Japan, I’ve got foreign currency on my mind and a few leftover Yen in my pocket!

Despite the growing use of credit and debit cards in Japan, the country still relies largely on cash for daily spending, making coins an indispensable aspect of living – although it did take me some time to feel comfortable handling their 500, 100 and 50 Yen coins! Other denominations of Japanese currency include 20, 10, 5 and 1 Yen coins and 1,000, 5,000 and 10,000 Yen notes, with 10,000 Yen converting to roughly 65 Pounds.

Since returning to England, I’ve begun to wonder what some of these coins might be worth…

The 5 Yen coin is said to be the luckiest of all because of the way the Japanese pronunciation of the coin sounds – “Go-en” –which is the same as the word for destiny in Japanese and the expression for good luck.

When visiting the many Shinto shrines around the country, I noticed people giving 5 Yen coins as donations, and souvenirs of the coin were available to buy, decorated with ribbons and chains through the handy hole in the middle, which can be used to string many coins together. 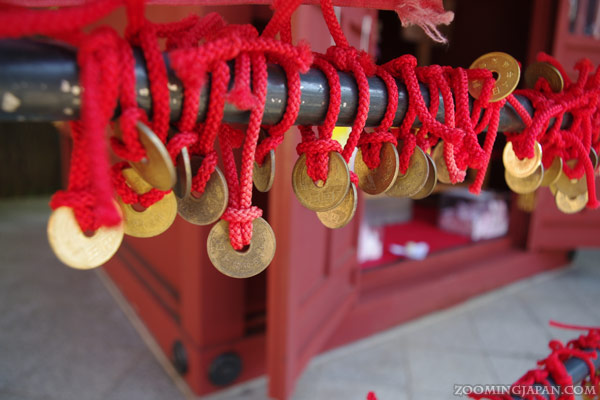 Japan might not be everyone’s typical holiday location, but you too could discover a hidden treasure when you return from your next holiday, with many European, US and Australian coins proving to be very collectable.

Lucy Mackenzie, our Head of Numismatics says, “I would recommend they do their research before they travel to their destination and pay close attention to their change as they could find a rare coin or mis-strike.

“The minting process is never completely exempt from human error and mistakes happen, when it comes to coins these mistakes can often be worth a lot money to sharp-eyed collectors.”

So which holiday destinations do we deem to be the ‘hot spots’ for rare coin hunting? 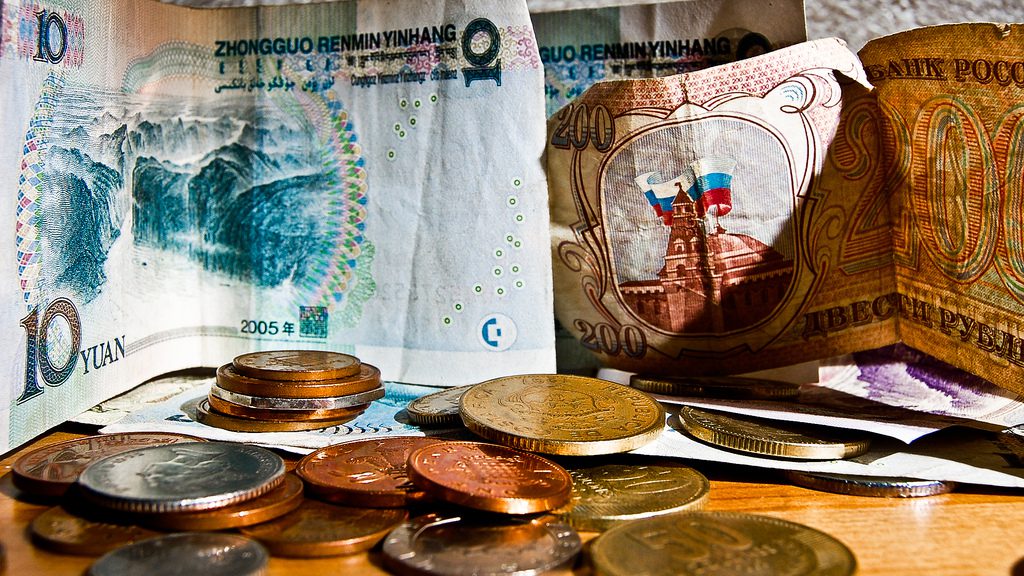 Currency from around the world.

Europe is certainly a popular and convenient location for us Brits abroad, but before you think about getting rid of those Euros when you return, keep your eyes peeled for the special edition 2 Euros which have been sold for up to fourteen times face value!

Most sought after editions include the 2011 2 Euro Europa from Greece, the 2008 2 Euro Human Rights coin from Finland, 2005 Austrian state contract coin and the 2007 Monaco 2 Euro featuring Grace Kelly which has become one of the rarest commemorative coins, selling for roughly £1,100.

You might also be lucky enough to discover old tender in Europe on your next holiday. These coins were replaced by the Euro in 1999 but could now achieve an easy profit.
Look out for Irish coins from the 1980s and 90s which have been valued for thousands of pounds at auction. The 1985 copper-coloured 20p and the 1992 10p are also ones to hunt out and have both been sold at $5-$10,0000! 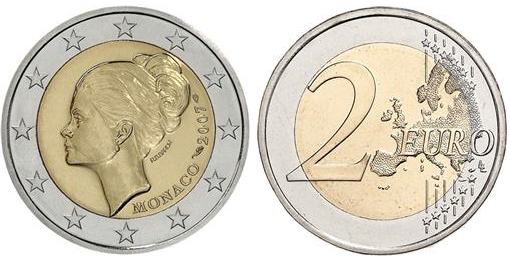 2007 Monaco 2 Euro, one of the rarest commemorative coins. Credit: fleur-de-coin.com

For a hop across the pond to America, you could get your hands on rare quarters such as the 2004 Wisconsin extra leaf high quarter, which eBay says is the most sought after of all due to an extra cornstalk leaf on the design being struck by mistake. This small error means that these coins are being sold online for up to £125!

Also look out for the 2005 Minnesote Doubled-die Extra Tree Quarter and the 2000 South Carolina off-centre error quarter to add to your rare coins collection when on your trip stateside. 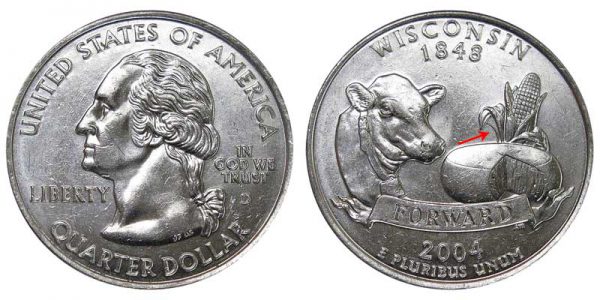 If you’re travelling farther afield, the Australian mule could make you a tasty profit of $1,000 and has been sold for thousands online, with one selling for $2,742 at auction in 2016.

The production error occurred in 2000, resulting in a coin that was thicker than usual, with a double rim on the Queen’s side. If this treasure turns up in your foreign change, it’s definitely worth keeping hold of!

I’ve certainly admired the beauty of the coins I’ve found on my travels and always keep hold of a few as mementos, but it’s also worth being extra vigilant and checking your foreign currency to see if you can find any hidden gems!

Have you found any rare coins on your trips abroad? Let us know in the comments below.