In their search to find a suitable candidate to feature on Britain’s new polymer £50 note, the Bank of England has received over 175,000 nominations, including the late Baroness and former Prime Minister, Margaret Thatcher.

Some 800 of the names put forward are actually eligible to become the new face of the £50 note, with the Bank of England requiring the notable person to be real, deceased and have contributed in some way to UK science.

So does Margaret Thatcher fit the bill? 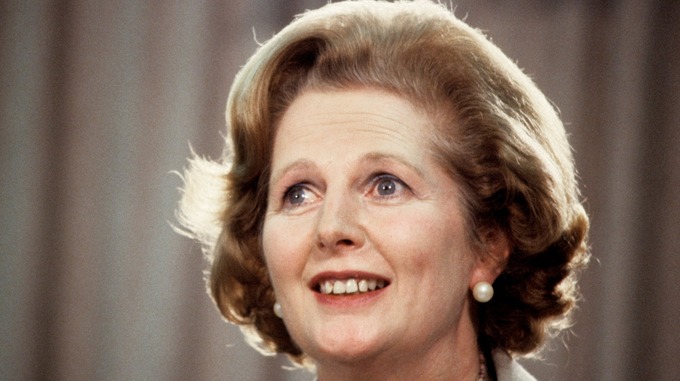 Most famed as Britain’s first female Prime Minister and the UK’s longest-serving leader of the 20th century during her time as Conservative Party leader from 1979 until 1990, what many people may not know is that Margaret Thatcher’s early career was actually in the field of science, as she worked as a research chemist.

In fact, for a period of time she worked for J Lyons, creating emulsifiers for ice-cream and developing the much-loved soft scoop!

However, it was during her later political career that people started to think of Maggie as cold and frosty, as her nickname ‘The Iron Lady’ suggests. Her uncompromising political style made her one of the most controversial political figures in British history.

Considering her degree in chemistry and following her famous work with ice-cream, you can certainly agree that she has contributed to the UK field of science, but would you like to see her on the new polymer £50 note? 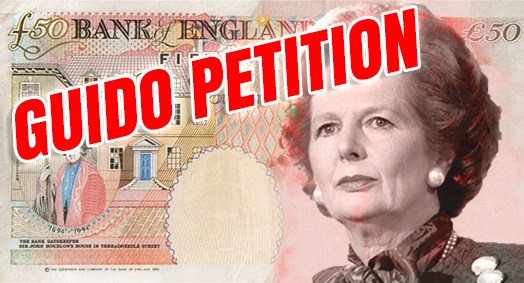 The Bank of England has published a list of names nominated in the first week of the selection process, as a preliminary stage of identifying eligible names for consideration.

Initial speculation seems to favour Professor Stephen Hawking, Alan Turing, Ada Lovelace and Rosalind Franklin as suggestions for the new note, however other more unusual names also made the list, including Will Hay (comedy actor/amateur astronomer) and Roger Bannister (first runner to achieve a four-minute mile).

You have up until the 14th of December to continue nominating characters via The Bank of England’s website. We don’t yet know when the chosen notable person will be announced or when the new note will be released, other than it will be after the new £20 polymer note featuring JMW Turner which will be released in 2020.

So would you like to see Margaret Thatcher on the new polymer £50 note?  Change Checkers voted in our poll on Facebook and the results are in: 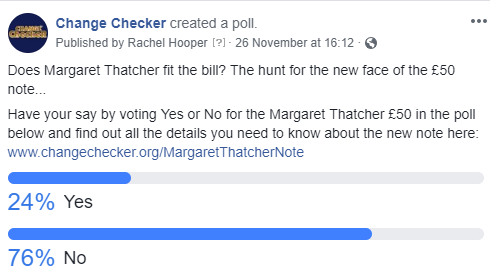 It’s clear that Maggie isn’t a favourite to feature on the new £50 note, but who from the scientific community would you like to see on the note? Let us know in the comments below.