This year marks Her Majesty’s 95th birthday year. Queen Elizabeth II is Britain’s longest reigning monarch, with an incredible 68 years on the throne.

The first Queen Elizabeth II coins were struck in 1953 and since then five different effigies have adorned our coins.

With the upcoming decimalisation, it was decided to refresh the Queen’s portrait with Arnold Machin’s new sculpture of the Queen. Commissioned in 1964, it first appeared in 1968 on the new 5p and 10p coins.  A version of the design with tiara was also introduced on stamps in 1967 and remains to this day.

In 1997, a new portrait of Her Majesty was designed by Ian Rank-Broadley. Created to fill the full circle of the coin, its larger size was a deliberate response to the smaller 5p and 10p coins in circulation.

A noticeably more mature portrayal of Her Majesty, Rank-Broadley aimed to show the Queen with “poise and bearing”.

The new “heads” side of the coin was designed by Jody Clark who at 33 was the youngest person to design a monarch’s profile on the currency.

It was the first time her portrait had been modified in 17 years and has remained on our UK coinage ever since.

This was arguably the first UK coin to introduce elements of personality with a hint of a smile. Clark is the first Royal Mint employee in over 100 years to design a UK definitive coin portrait

As Queen Elizabeth II is now one of the top five longest-reigning monarchs in the world, it’s only fitting that five of her portraits appear on our UK coinage.

Your favourite portrait will be revealed next week, so stay tune to find out if your vote won!

Jody Clark’s new effigy of Her Majesty means there have now been a total of five Queen Elizabeth II portraits on our decimal coins, and recently we asked you to pick your favourite of the lot.

Voting is now closed, the results are in, and there is a clear winner… 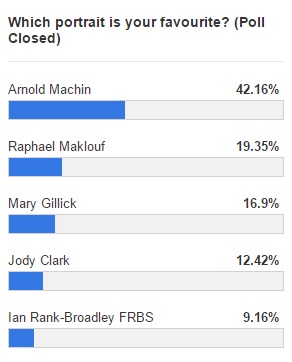 Machin’s portrait was the clear winner of our poll

With a landslide of nearly 43% Arnold Machin’s portrayal of Queen Elizabeth II was voted as your favourite.

Machin’s portrait was used on British coins between 1968 and 1984 and replaced Mary Gillick’s coronation portrait which had been in place since 1953.

With decimalisation edging closer in the sixties, it was decided to refresh the existing Queen’s portrait in time for the new coinage.

Gillick’s original was a popular and youthful portrayal, but with the Queen approaching 40, a change was needed. 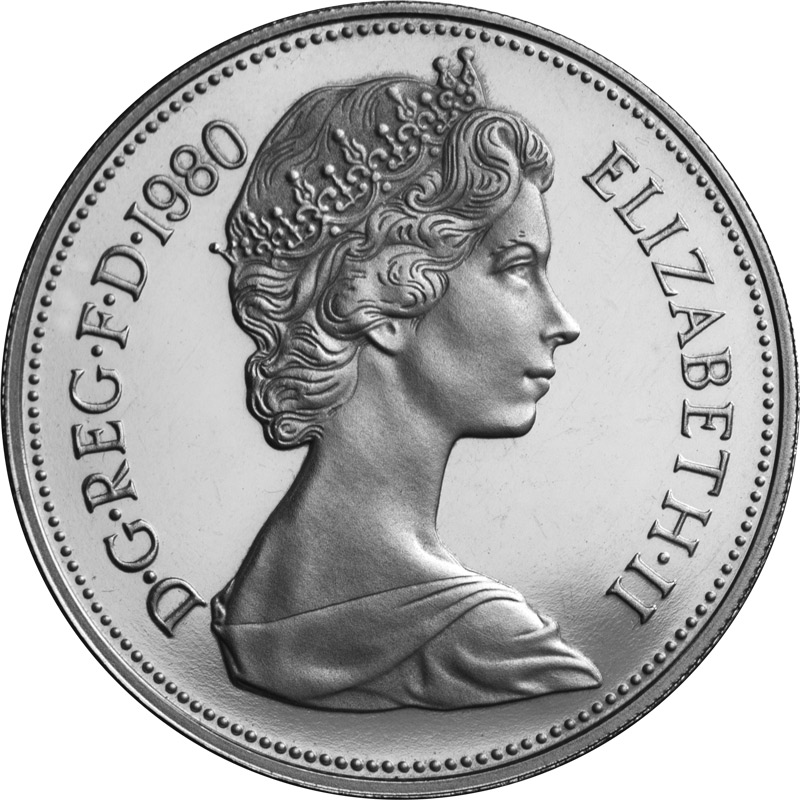 Arnold Machin was one of several artists chosen to compete for the new effigy. He was a talented sculptor and tutor at the Royal College of Art when his design was chosen for the second portrait and was granted four sittings at Balmoral and Buckingham Palace to perfect his work. It was approved in 1964 but not seen on our coinage until the very first 5p and 10p pieces of 1968.

Like Gillick, Machin decided against the couped (cut-off at the neck) style which had been so common for previous monarchs. He added draping around the shoulders and replaced the laureate with the Girls of Great Britain and Ireland tiara which was given to Elizabeth from Queen Mary as a wedding gift.

A new era for British coins

So why did Machin’s new portrait become so popular, and why is it still popular with Change Checkers?

For many, it is about what his effigy represents. Machin’s elegant portrayal of a young Queen become synonymous with decimalisation and the beginning of a new era for British coins. Of course, for others it is simply about an affinity with the coins they grew up with.

These days, Machin’s portrait only exists on a few denominations, but even if you haven’t noticed it on our coins, it is probably very familiar to you.

In fact, it is the most widely reproduced single work of art in history.

Machin’s effigy was first used on postage stamps in 1967, and has subsequently been used on almost all British definitive stamps. It is estimated that there have been approximately 320 billion copies produced to date, and this figure is rising daily.

Whilst many of us may not be familiar with Arnold Machin, his portrait has reached more people than he could ever have imagined, and it is evidently still a firm favourite with collectors. 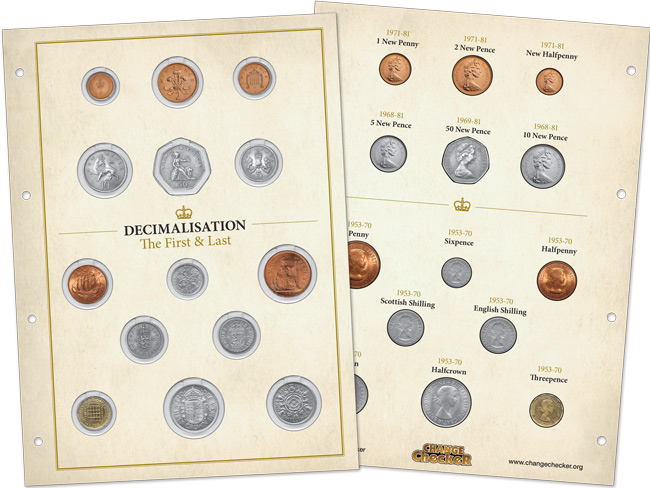 Now you have the chance to own some of the very first decimal coins to feature Machin’s new portrait.

The First and Last Decimalisation Collector Page includes 14 original coins which allow you to compare decimal and pre-decimal coins in a rare pairing of old and new.