2021 marks 50 years since our UK coins turned decimal, in the biggest numismatic change seen in centuries.

In celebration of this significant anniversary, The Royal Mint issued not one, but TWO Decimal Day 50ps in 2021. The reverse designs are the same, but that certainly can’t be said for their obverses…

The first version of the Decimal Day 50p, available exclusively in the 2021 Annual Coin Set, features the original Arnold Machin portrait of Her Majesty The Queen on the obverse – the same obverse used for the UK’s very first decimal coins.

However, the individual coin which was released later in January, featured Jody Clark’s fifth portrait of The Queen instead.

So why did The Royal Mint revert back to the Queen’s first decimal effigy for this new issue? Join Change Checker as we take a closer look…

The 50p available in the Annual Set which features the original Machin portrait on the obverse, quickly caught the eyes of collectors as this was the first time we have seen The Royal Mint revert a previous portrait of HM Queen Elizabeth II on a base metal UK coin.

Marking 50 years since our UK coins went decimal, it seemed only fitting that this coin should include Machin’s obverse design.

But, when the Decimal Day 50p was individually released later in January, collectors had the opportunity to get their hands on a second version of this coin, as Jody Clark’s portrait of The Queen featured on the obverse.

So with two versions of the 2021 UK Decimal Day 50p out there, this coin is set to become a real talking point among collectors!

The significance of this anniversary and the fact that the Machin portrait of HM QEII was the first to be used on the UK’s 50p, makes for the perfect excuse to revert back to this previous effigy on the exclusive Decimal Day 50p within the Annual Set.

The UK’s very first decimal coins (5p, 10p, followed by 50p) actually entered circulation before 1971 and as they were circulating together with pre-decimal currency, a new portrait of The Queen was commissioned to help the new coins stand out.

Arnold Machin’s new portrait showed The Queen wearing a tiara given to The Queen by her grandmother, Queen Mary.

We love the fact that collectors have the chance to see this previous portrait reused on this brand new 50p and it certainly makes for interesting collecting!

Have you secure both versions of the 2021 Decimal Day for your collections? Let us know in the comments below!

But that’s not all, as this is not the first time we’ve seen different obverses used on the same coin…

In 2015, The Battle of Britain 50p shot to fame as collectors were quick to spot that there were THREE different versions of the coin, with different obverses on each of them.

The Brilliant Uncirculated 50p was issued early in 2015 and was quickly dubbed an ‘error’ coin. The coins, which were sold in presentation packs, had been struck without the denomination in either numbers or writing anywhere on the coin. Chancers were quick to play to this, with some managing to sell on the coins for near to £100 each on the secondary market.

After the controversy surrounding the coin erupted, the Royal Mint confirmed that the 50p intended for circulation later on in the year would have the ’50 PENCE’ denomination. But was this after they had realised their mistake?

So how did this coin end up with three different obverses?

Each version of this coin has caused a stir in the collecting world. Not only does this Battle of Britain 50p fail to feature a denomination on the Brilliant Uncirculated version, but the obverse is different for each finish used for the coin – a first for a UK commemorative coin.

In 2019, a brand new re-issued Brilliant Uncirculated version of the Battle of Britain 50p (from the 2019 50th Anniversary of the 50p Military Set) saw Jody Clark’s portrait and the 50 PENCE denomination – making this the FOURTH version of this 50p!

Do you have any of the Battle of Britain 50p coins? Let us know in the comments below!

Secure the 2021 Annual Set with the Decimal Day 50p that features the original Arnold Machin obverse!

Each coin has been struck to a superior Brilliant Uncirculated quality and protectively encapsulated in official Change Checker packaging, within in a Change Checker Display Page – perfect to slot into your Change Checker Album.

As many collectors will know, 2019 marks the 50th Anniversary of the 50p coin.

Since its issue in 1969, the world’s first seven-sided coin has become a huge favourite with collectors and has served as a canvas to commemorate some of the most iconic moments in British Military history.

As we mark a milestone year for this iconic coin, The Royal Mint’s celebration continues as they reissue five of the most important 50p coins celebrating British Military history!

These five 50p coins, pieced together for the first time, mark a rare milestone moment for British Coinage. Not to mention the set also includes the 1994 D-Day 50p re-issued in the NEW 50p specifications for the first time ever!

Earlier in the year, the Base Proof, Silver Proof and Gold Proof British Culture 50p sets sold-out within just TWO HOURS of going on sale. The Brilliant Uncirculated set released just a short while later also saw an overwhelming response from collectors.

This coin was originally issued in 2006 to mark the 150th Anniversary of the Victoria Cross.

Depicting the obverse and reverse of a Victoria Cross medal, the design by Claire Aldridge carefully details the Cross pattée with a crown and Lion as on the medal itself.

The Victoria Cross Award was introduced in 1856 by Queen Victoria to honour acts of the Crimean War.

Since then, two-thirds of all awards won have been presented by the British Monarch at investitures which are usually held at Buckingham Palace.

To date, the medal has been awarded 1,358 times. A large number of these were awarded during the World Wars: 634 in World War One and 182 awarded in World War Two.

The Battle of Hastings was fought on the 14th of October 1066 between the French Army, led by Duke William II, and the English Army led by King Harold.

King Harold was eventually defeated by William who then became known as William the Conqueror; he was crowned the first Norman King of Great Britain.

Issued in 2016 to mark 950 years since this legendary battle, the reverse design of this 50p by John Bergdahl was inspired by the Bayeux Tapestry.

The Battle of Britain was an intense air battle fought mainly throughout the summer of 1940 between Germany and Britain.

The name for the conflict was derived from a Winston Churchill speech in which he said “The Battle of France is over. I expect the Battle of Britain is about to begin.”

Marking the 70th Anniversary of the Battle of Britain this coin was first issued in 2015. The reverse design, by Gary Breeze, depicts three airmen running to their planes with enemy aircraft overhead.

On 6th June 1944 a mighty alliance of British, American and Commonwealth armed forces crossed from England to Normandy and began assault on German forces.

It was the largest seaborne invasion in history and began the liberation of German-occupied France, laying the foundations for the Allied victory of World War Two.

A timeless tribute to the thousands of Allied troops who fought tirelessly in the War, this 50p coin was issued in 1994 to commemorate 50 years since D-Day.

Originally struck as a large 50p in the pre-1997 specifications this is the first time ever this D-Day 50p coin has been issued in the new 50p dimensions!

The reverse of the coin was designed by John Mills and represents the D-Day Landings with the Allied invasion force heading for Normandy filling the sea and sky.

We are very excited to see these coins being re-issued as a complete set for the first time – especially the 1994 D-Day 50p in the new specifications!

Following the popularity of the re-issued British Culture 50p set earlier in the year, we expect this set to be equally as sought-after.

What coin are you most looking forward to seeing? 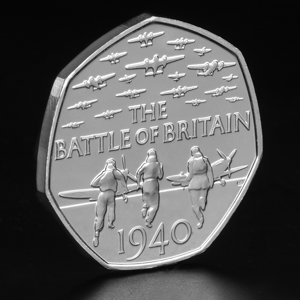 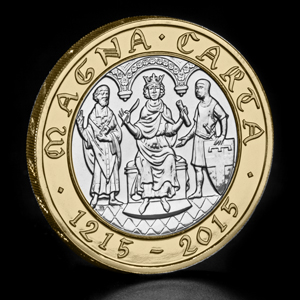 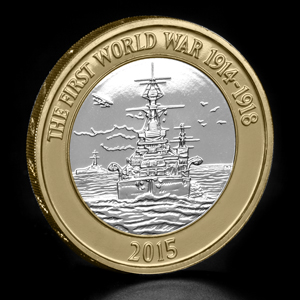 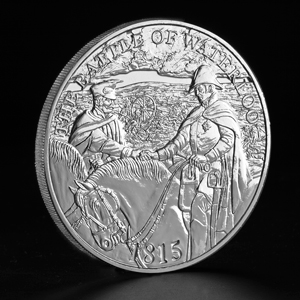