The United States are facing a nationwide coin shortage in the midst of the coronavirus pandemic – urging members of the public to use cash where possible to help ease the coin crisis.

As more people turn to online shopping and contactless payments and avoid using physical money due to the virus, the normal flow of currency has been severely interrupted.

Last year, third-party coin processors and retailers accounted for around 83% of coins in the US coin supply chain.

However, as many stores have been closed and with the US Mint briefly slowing production to implement safety measures, further interruptions to this supply chain have been caused.

The effects mean that as stores are reopening, retailers are quickly exhausting their cash inventories, with some now advising customers they may not be able to provide change in coins.

Solving the US coin supply problem

The US Mint is now asking people to return any coins they might have lying around and to use exact cash for purchases to help replenish the country’s supply.

The Fed have even convened a US Coin Task Force, working to restore the vital coin supply chain.

And what’s more, one particular bank has even started paying members of the public to return any spare change.

With the UK public being urged to use contactless where possible during the pandemic, could we too being facing a similar issue soon?

In recent years demand for cash in the UK has dropped, not simply because card payments have increased, but also due to the introduction of the 12-sided £1 coin in 2017.

As members of the public were tasked with returning their old round pound coins to the bank, other denominations, loose change and unwanted coins were also returned, meaning a surplus of cash was injected into the system.

We’ve certainly felt the effects of this with the lack of new coins entering circulation in the last few years.

We recently updated the Change Checker eBay Tracker, revealing the average selling prices for the top 10 UK coins and banknotes.

Amazingly, there’s been an 18% increase in the overall value of these issues – the biggest increase we’ve seen since the Tracker began!

With less cash being used in the past few months, it’s likely collectors are heading to the secondary market to get hold of certain coins, rather than waiting to find them in their change.

Additionally, with more time being spent at home and people seeking new hobbies to keep themselves entertained, new collectors are perhaps becoming more aware of rare and collectable coins that might be worth owning and as a result, are heading to the secondary market to get hold of one.

We’ve seen this increased demand on the secondary market driving up the prices, particularly for the more rare and sought-after coins.

Now, as more retailers open up shop in the UK and the country starts to head towards the ‘new normal’, will we start to see more cash exchanging hands once again? And will collectors be able to start hunting down coins in their change once more?

Perhaps one of the biggest questions on collector’s lips will be whether we’ll see an increase in demand, leading to new commemorative coins being released into circulation…

At Change Checker HQ we’ve certainly got our fingers crossed!

Every coin tells a story. But few more than America’s eight most notorious coins…

The U.S. collectible coin market can be an absolute minefield and is one of the most competitive coin collecting markets in the world.

Some of the most collectible coins date back to the 1800’s and are extremely famous. Let me tell you why…

The Franklin Half Dollar was designed by John R. Sinnock and his ‘JS’ initials were again seen by conspiracy theorists as a tribute to Joseph Stalin.

In addition, the crack on the Liberty Bell was controversial, some people saw it as a statement that Liberty in the United States was under threat (despite the fact that the image exactly reflects the bell’s appearance).

Finally, what appears to be a small ‘o’ and large ‘F’ on the reverse (‘oF’ in the United States of America) was rumoured to be a mistake and that the Mint would recall all 1948 coins to correct the ‘error’.

The Anthony Dollar was revolutionary – the first circulating coin to feature a historical woman. Susan B. Anthony was an author and protest speaker among other titles but best known as President of the National American Suffrage Association. The coin was also the first small-sized Dollar that was issued for wide circulation.

However, it quickly became notorious – and almost universally rejected – because it was the same colour and about the same size as a quarter. Therefore, it was often mistaken for a Quarter, and the public refused to use it! (Interestingly, it is now a sought-after collector’s item.)

For me, one of the best things about coin collecting is the story behind the coin and I’m sure you’ll agree that these coins from America have some truly fascinating stories to tell.

Discover the coins from the USA

Today you can secure for your collection the coins your fellow American Change Checkers are collecting, from 1 cent to 1 dollar! 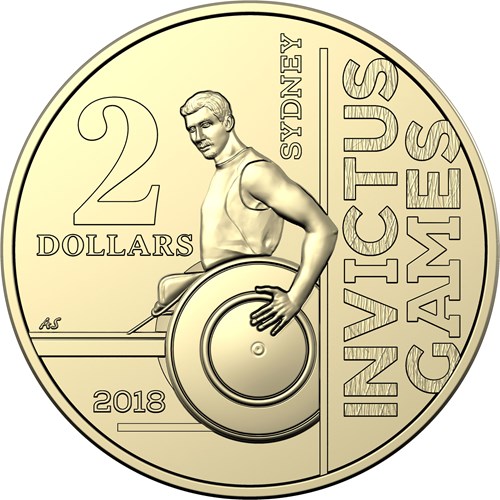