The ‘heads’, or obverse, side of a coin has depicted the image of a monarch or ruler for thousands of years.

However, the nature of these images have changed over the centuries. From the Ancient Greeks to Queen Elizabeth II, in this blog we guide you through the differing historic heads of uk coinage.

The coins of ancient Greece set the design template for the circulating coins that we use today in the UK!

On one side, their coins show a portrait of the symbol of national sovereignty and on the other side, we see something that resembles the nation.

Coins of ancient Greece and Rome were provided for city states and depict images of iconic leaders and the gods that protected them.

Roman coins depict the faces of the leaders of the empire, including Emperor Honoria.

The Anglo–Saxon period in Britain spans approximately the six centuries from 410-1066AD.

In the ninth century The Royal Mint struck a silver penny of Alfred the Great at the time of the resettlement of London after its first occupation by the Vikings.

The coin would have been struck by hand and the design showcases the rigid markings that would have come as a result of hand tools.

The Renaissance and the Tudors

The Sovereign is undoubtedly one of the most impressive coins struck by The Royal Mint.

In 1489, Henry VII ordered a new coin of gold. The coin surface was large, enabling the engraver to include decorative details. It allowed for more detailed portraits of monarchs.

The portrait on this coin is of the crowned King Henry VIII.

When Charles II was restored to the throne, he needed to assert his royal authority and to show a clear break from the rule of Oliver Cromwell.

It’s been suggested that the tradition of monarchs facing in the opposite direction to their predecessor on coins, dates back to Charles II when he wanted coins under his reign to be different from that of Cromwell.

Despite reigning for 64 years, there were few coinage portraits of Queen Victoria, with one being favoured for 50 years.

For 50 years the ‘Young Head’ effigy of Queen Victoria featured on UK coinage this classically styled portrait was reinterpreted several times, with each effigy designed to portray the queen as she aged.

Five portraits of Her Majesty The Queen have been used on UK coins since her accession to the throne in 1952.

The Queen’s first portrait, by Mary Gillick, shows her wearing a wreath in the style of many British coins struck between the seventeenth and early nineteenth centuries. This portrait remained on UK coins up until decimalisation, when Arnold Machin’s new portrait of The Queen was used (pictured above).

The effigy selected for use from 1985 was prepared by the sculptor Raphael Maklouf, in which she is depicted wearing a necklace and earrings.

By her fourth portrait, designed by Ian Rank-Broadley, a greater degree of realism was used. It shows The Queen in her sixth decade, her crowned head filling the coin’s surface.

The fifth and most recent portrait of The Queen is by Royal Mint designer Jody Clark. This is arguably the first UK coin to introduce elements of personality with a hint of a smile. Clark is the first Royal Mint employee in over 100 years to design a UK definitive coin portrait.

So now you know how the portraits on our coins have changed over the years, which portrait is your favourite? Comment below!

Secure the History of Britain in Coins Collector’s Album to your collection!

The ‘History of Britain in Coins’ Collector’s Album is an exciting way to collect ten specially selected UK 50p and £2 coins that Change Checker consider as some of the most historically interesting circulating coins of the decimal era!

Click here to secure your History of Britain in Coins Collector’s Album for just £25.00 (+p&p) >> 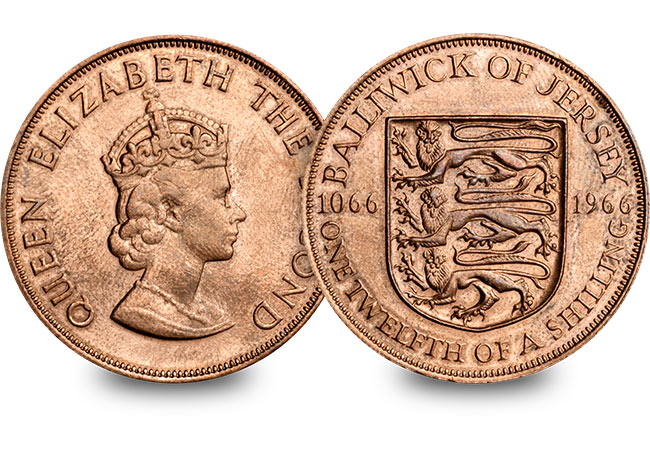