In the year that would have marked her 100th birthday, The Royal Mint have released a brand new 50p celebrating the life and crucial work of Rosalind Franklin.

David Knapton’s striking design of this coin, features a depiction of Rosalind Franklin’s X-ray, ‘Photograph 51’, which revealed the helical structure of DNA, in her laboratory at King’s College, London

Developed in collaboration with King’s College, London, this coin is available in Brilliant Uncirculated quality for just £4.50 (+p&p). [link]

The Story Behind The Scientist

One of Britain’s greatest scientists, Franklin made a crucial finding to the discovery of the double-helix structure of DNA, yet her contribution was little known.

Applying X-ray diffraction methods to the study of DNA, enabled Franklin to discover the helical conformation of the molecule, in a photograph called, ‘Photograph 51’. This work laid the foundations for James Watson and Francis Crick to later establish that the structure of DNA was in fact a double-helix polymer (a spiral consisting of two DNA strands).

Tragically, at the age of just 37, Franklin passed away from ovarian cancer, robbing her of the same awards and recognitions that her colleagues were gifted.

To mark what would have been a very special birthday, this brand new 50p restores Franklin’s rightful legacy, and celebrates her significant role in the discovery of DNA, as she becomes The Royal Mint’s second Innovator in Science.

However, this brand new Rosalind Franklin 50p isn’t the only UK coin to celebrate great British scientists… it’s the second release in The Royal Mint’s Innovation in Science series!

In 2019, less than a year since his death, The Royal Mint released a Stephen Hawking 50p coin, honouring his works as one of the most influential physicists of the modern age.

He became the very first person to be celebrated in The Royal Mint’s Innovation in Science series and only the third person to be commemorated on a coin within a year of their death (the others being Winston Churchill and the Queen Mother!)

The reverse of the coin, designed by Edwina Ellis, features a stylised black hole and the inscription ‘Stephen Hawking’ . It also shows the Bekenstein-Hawking formula, which describes the thermodynamic entropy of a black hole!

In 2003, to mark the 50th anniversary of James Watson and Francis Crick‘s discovery of the double-helix structure of DNA, The Royal Mint issued this £2 coin.

As we mentioned above, had Rosalind Franklin not discovered the helical conformation of DNA, Watson and Crick may never have established it’s double-helix structure!

They found a twisted strand of deoxyribonucleic acid, intertwined in such a way that they could pull apart, replicate themselves, and pass their genetic code from old cells to new.

The coin’s design pays tribute to this ‘double-helix’ structure and has a mintage of 4,299,000.

Sir Isaac Newton is widely recognised as one of the most influential scientists of all time and a key figure in the scientific revolution.

He changed our understanding of mathematics and physics, redefined the way we see the world and shaped the security of our currency in his role as Master of the Mint.

Designed by Aaron West, this 50p coin was issued to commemorate the achievements of Sir Isaac Newton and it remembers the legacy he left.

In 2009, The Royal Mint celebrated 200 years since Charles Darwin’s birth and 150 years since the publication of ‘On the Origin of Species’ by issuing this £2 coin. It has a circulating mintage of 3,903,000.

Darwin has been described as one of the most influential figures in human history and was known as the ‘father of evolution’.

At the time of publication in 1859, his book was extremely controversial as it made it seem possible that humans evolved from apes, which contradicted the widely held Orthodox Church theory of creation!

In 1901, Guglielmo Marconi, an Italian physicist, succeeded in sending the first radio transmission across the Atlantic Ocean, disproving theories that the curvature of the earth would limit the transmission to 200 miles or less.

The message – simply containing the Morse code signal for the letter ‘s’ – travelled more than 2,000 miles from Poldhu in Cornwall to Newfoundland in Canada and won him worldwide fame and a Nobel Prize in physics in 1909.

In 2001, to celebrate the 100th anniversary of the first wireless transmission, The Royal Mint issued this £2 coin. It entered circulation and has a mintage of 4,558,000.

We’re so excited by this brand new 50p release and we can’t wait to find out who else will feature in the Innovation in Science series!

Who do you think should be chosen to be featured alongside Stephen Hawking and Rosalind Franklin? 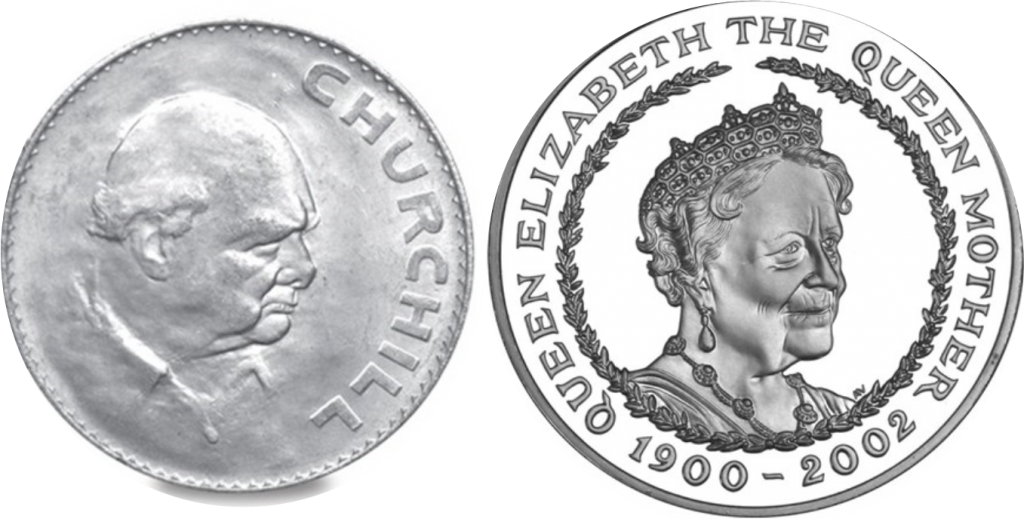 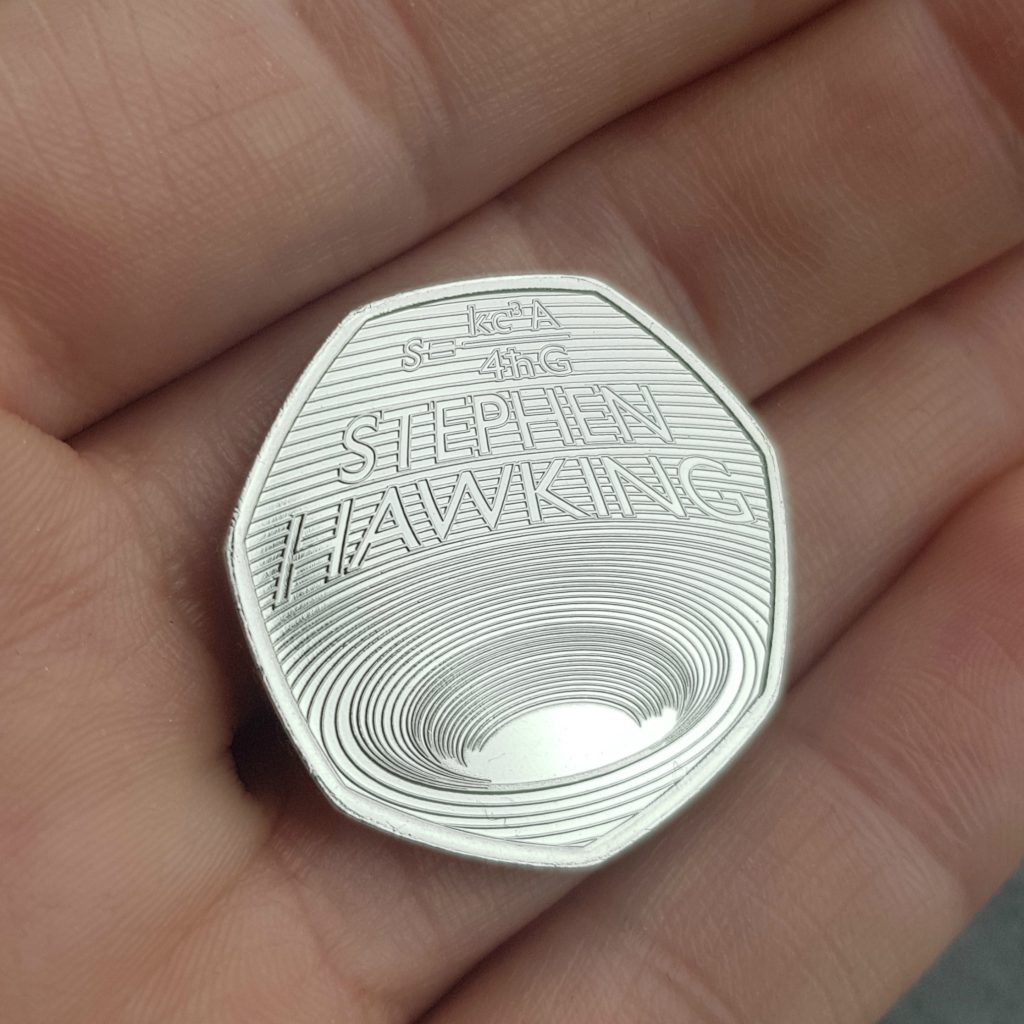 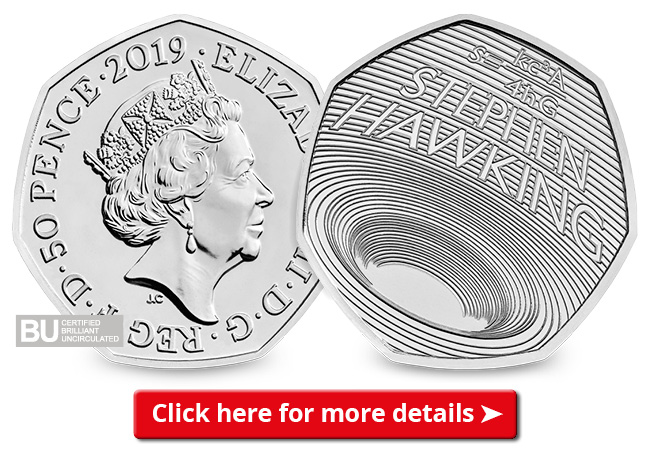 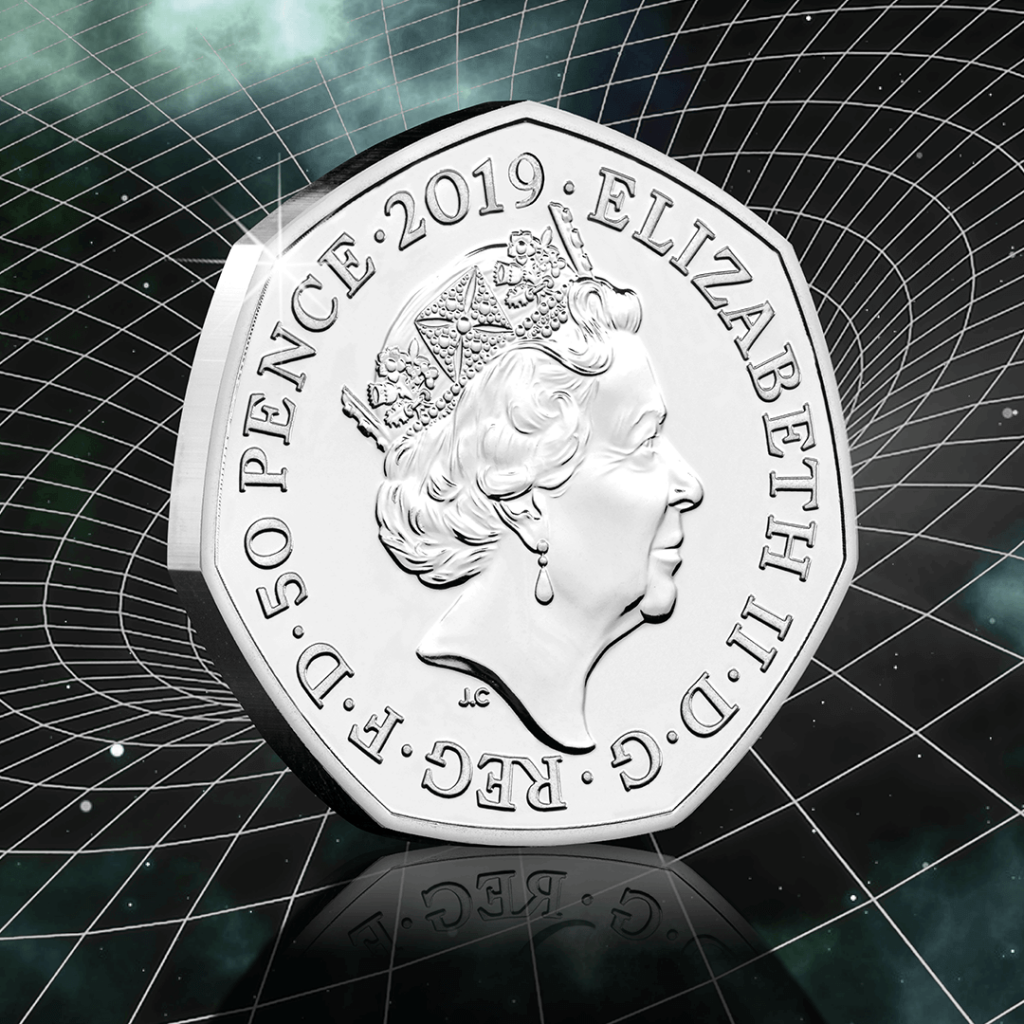