Three years since the old round pound coins were demonetised and replaced by the 12 sided £1, it’s been revealed that 122 million of these old coins still have not been returned to The Royal Mint.

Roughly 1.58 billion have found their way back to the Mint, but in addition to this, there have been at least 1.5 billion counterfeit round pounds handed in.

The Royal Mint said these fakes “could not be readily distinguished from the genuine coin, which is why a new coin was introduced”.

But, of the 122 million genuine round pounds still in circulation, which ones should you be looking out for?

In 2017, the Round £1 coins were demonetised and replaced by the new 12 sided coins we see today. The public were encouraged to spend or return their coins to the banks, but did you know that not all of these coins made it back to The Royal Mint?

Whilst these old coins are no longer legal tender, they can still be returned to the bank and deposited into you account, however there’s a few coins you definitely shouldn’t be cashing in if you’re lucky enough to find one (tip: try looking down the back of the sofa, in coat pockets or old supermarket bags for those lost and forgotten coins!).

Here are the ones to look out for:

Taking this into account, there’s no real surprise that this coin sits top of our Scarcity Index with a perfect score of 100.

Such is the rarity, only 17% of Change Checker users list having this coin in their collection.

This coin currently sells for between £7-£12.

Another of the capital cities series, the Cardiff City £1 coin is definitely one to keep.

This coin depicts the circular Coat of Arms of Cardiff as the principal focus to represent Wales.

The 3rd coin from the capital cities series that you should hold on to is the London City £1 coin. Interestingly, the Belfast City coin does not make our list.

London City scores an impressive 77/100 in our Scarcity Index. 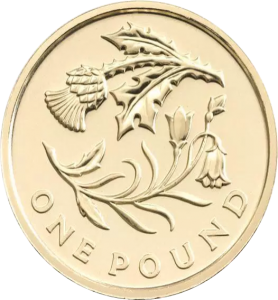 The Thistle and Bluebell £1 coin was released in 2014 as part of the floral emblems series.

This coin features a thistle alongside a bluebell to represent Scotland. 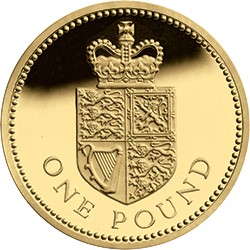 The UK Crowned Shield £1 coin was released way back in 1988, only 5 years after the Round £1 came into circulation.

Although it has a relatively low mintage figure of 7,118,825, this coin makes the list due to some interesting Change Checker App data.

It scores a 51 in our Scarcity Index but less than 1/4 of Change Checker users list having this coin in their collection and swap requests outnumber swap listings by 6 to 1!

It’s worth noting that our valuations are based on coins that have recently sold on auction sites. The value of a coin depends on a number of factors including the coin’s condition. 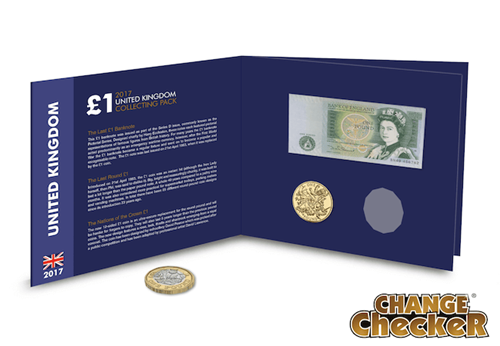 Secure your exclusive £1 Collector Pack today which includes Britain’s last round pound as well as an original £1 Banknote. Click here to order yours >>