Today marks 20 years since the bi-metallic £2 coins were released into circulation. So to celebrate our much loved £2 coins, we’ve taken a look back at the history of the £2 coin.

£2 coins have been in circulation since 1986, when a commemorative coin was issued to mark the XIII Commonwealth Games. Although these coins are legal tender, they were never common in everyday circulation. 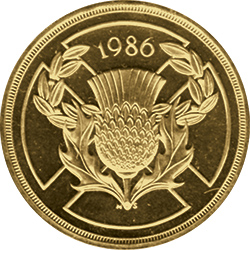 This was the first time bi-metallic coinage was used in the UK.

The first ‘Technology’ £2 coins were designed by Bruce Rushin using concentric circles to represent mankind’s technological evolution from the Iron Age at the centre, to the cogs and wheels in the first ring representing the Industrial Revolution. The next ring symbolises the computer age with a pattern derived from a silicon chip and the final outer ring represents the age of the Internet with a connecting web of lines. 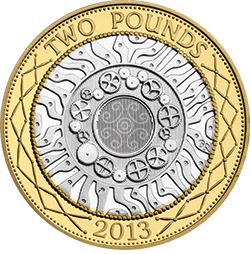 The Queen with a Necklace £2

The first of these ‘Technology’ £2 coins were actually dated 1997 which earned the coin the nickname the ‘Queen with a Necklace’ £2 which has an enduring legacy in the collecting world. As the first bi-metallic £2 coins were issued in 1997, just prior to the Queen’s portrait change in 1998, this meant that the older portrait by Raphael Maklouf was only used for one year: 1997. 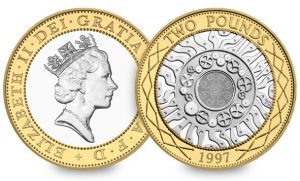 1997 ‘Queen with a necklace’ portrait designed by Raphael Maklouf.

His version featured Queen Elizabeth II wearing a necklace, which is how the nickname was derived and they were snapped up by collectors on release in the belief they would go on to become a future rarity. Unfortunately this wasn’t the case and as it turned out, the coin had a mintage of nearly 14 million.

There are a few stories which crop up more often than others, and to help dispel some of the myths about the £2 coins you can find in your change, you can read our blog here.

This Technology design was used on £2 coins every year from 1997 until 2015 when it was replaced by Britannia. Britannia has a long standing history with British coinage having first appeared on a 1672 Farthing during the reign of Charles II. Antony Dufort’s modern interpretation of Britannia features on Britain’s highest denomination circulating coin, the £2, which was a very popular move from The Royal Mint. 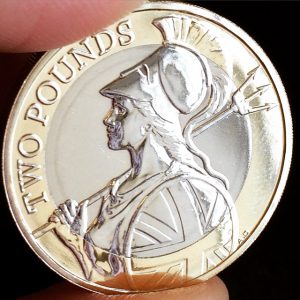 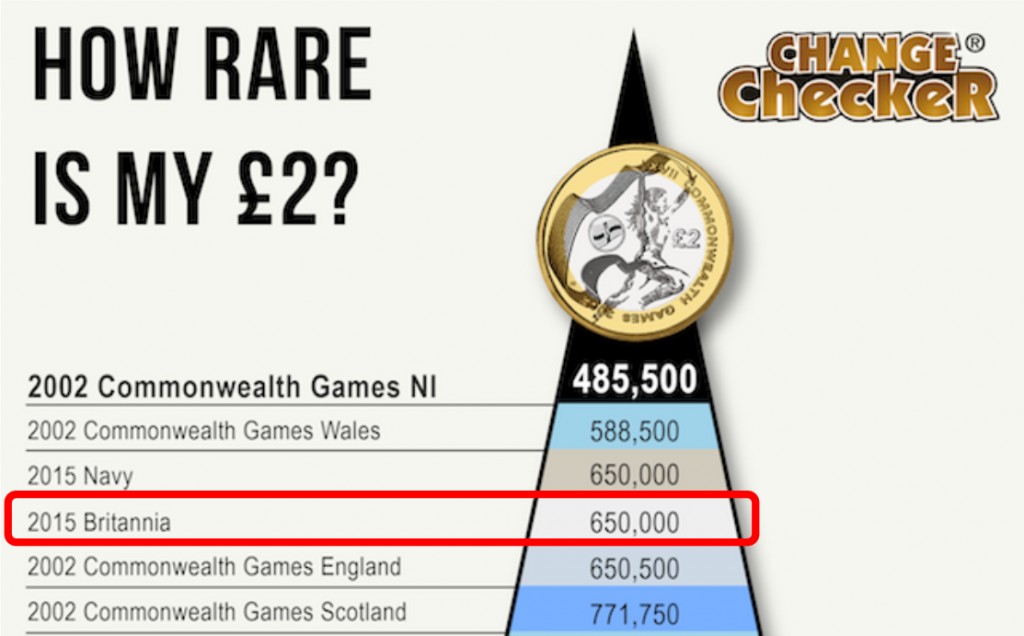 Only 650,000 of the 2015 date Britannia £2 coins had been stuck for circulation, making it one of the most scarce UK £2 coins ever! So scarce in fact that there were fewer of this coin than the England and the Scotland coins from the famous 2002 Commonwealth Games series. 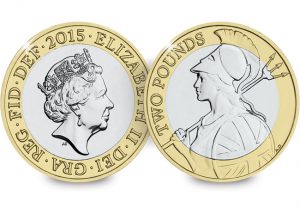 Own one of the most-scarce circulating £2 coins ever issued

Posted in 2 pound coins, Blog Home, Coin Info, Coin News, General info and tagged £2, £2 coin, Birthday of the £2 coin, Coin Collecting, Coin collection, Coin Collector, History of the £2 coin, numismatics, Two Pound, Two Pound Coin
← Why you mustn’t pay £1,000 (or even £16,000) on ebay for the new Paddington 50p…Straight from darkest Peru and into your pocket, the nation’s favourite bear is finally on sale! →