The £2 coin was released in 1986, when this brand new denomination was introduced for the very first time.

The XIII Commonwealth Games was the first commemorative £2 coin and was issued for a non-royal event which gripped the nation. I can only imagine what an exciting time it must have been for people to discover these brand new coins which marked such a significant change in the UK’s commemorative coin issuing strategy.

These coins are considered rare due to the fact that although are legal tender, they were never common in everyday circulation and were struck mainly for collectors.

Six more single coloured £2 coins were struck over the next 10 years before the introduction of the fully circulating bi-metallic £2 denomination in 1998, which has seen 47 different designs in total so far.

So, let’s take a step back in time to 1986 and delve into the history of Britain’s commemorative £2 coins… 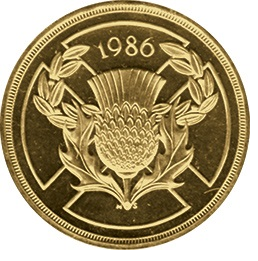 The 1986 Commonwealth Games £2 coin changed the face of UK commemorative coins, being the first of its denomination to be struck and the first British coin being issued to commemorate a sporting event. The thirteenth Commonwealth Games were held in Edinburgh in 1986, and are well remembered for being boycotted by 32 of the 59 eligible countries who did not agree with Britain’s sporting connections to South Africa during the Apartheid era. The reverse design features a thistle encircled by a laurel wreath over the cross of St Andrew.
Edge Inscription: XIII COMMONWEALTH GAMES SCOTLAND 1986 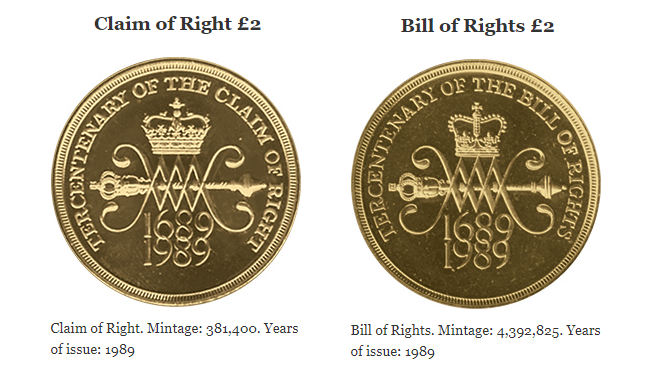 In 1689, Prince William and Mary accepted the Declaration of Rights prior to being offered the throne, which effectively shifted the balance of power from the Crown to Parliament and changed the course of British political history. These £2 coins were issued in 1989 to commemorate the 300th anniversary of this landmark Act. There were 2 versions of each coin issued – English and Scottish. The English reverse designs features the Crown of St Edward and the inscription ‘Tercentenary of the Claim of Right’ and ‘Tercentenary of the Bill of Rights’ respectively. 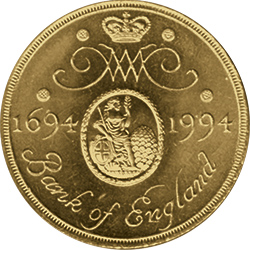 When William and Mary came to the throne in 1689, public finances were weak and the system of money and credit were in disarray. The Bank of England was founded in 1694 to act as the Government’s banker and debt manager, and its position as the centre of the UK’s financial system is maintained to this day. This commemorative £2 was issued in 1994 to mark its 300th anniversary. The reverse design features the original Corporate Seal of the Bank of England and distinctive Cypher of William and Mary.
Edge Inscriptions: SIC VOS NON VOBIS (thus you labour but not for yourselves) 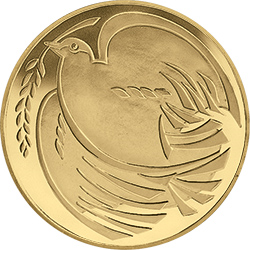 This commemorative £2 was issued in 1995 to mark 50 years since the end of World War II. Victory in Europe Day, or VE Day, is the 8th May 1945 when armed forces formally accepted the surrender of Nazi Germany. Upon the news, jubilant crowds sang and danced in the streets of London, New York, Paris and Moscow. The reverse design by John Mills features a dove as “a symbol of aspiring peace; a calm, bountiful and optimistic image”.
Edge Inscriptions: 1945 IN PEACE GOODWILL 1995 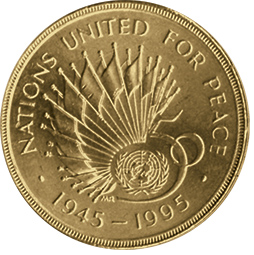 The United Nations was established in the aftermath of World War II with the aim of maintaining world peace and to work for social progress. Since its creation in 1945, the UN has sought to resolve potential conflicts peacefully and fight against poverty, hunger and disease across the world. This commemorative £2 coin issued in 1995 marks 50 years since the inception of the UN, and features flags of nations accompanying the 50th anniversary symbol. 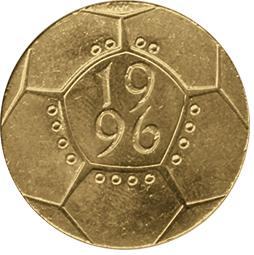 In 1996, England hosted the 10th European football championship and a commemorative £2 coin was struck in celebration of football. The reverse design resembles a football, and is accentuated by the unusual concave surface of the coin. The year of 1996 is prominent, and the sixteen small rings represent the sixteen teams competing in the tournament. The eventual winners of the competition were Germany who knocked out hosts England in the semi-finals.
Edge Inscriptions: TENTH EUROPEAN CHAMPIONSHIP

As the first bi-metallic coin ever used in the UK, the £2 yet again revolutionised Britain’s coinage and changed the face of these incredibly popular coins, allowing them to be both commemorative and circulated, which has had a great impact for collectors who are able to find these coins in their change.

Do you have any of the above £2 coins? 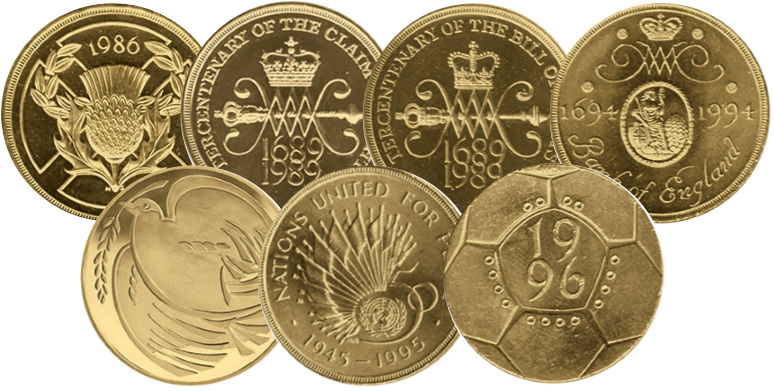