The Royal Mint has denied claims that there are already counterfeit 12-Sided £1 coins in circulation after a charity worker pointed out discrepancies between two coins.

Roy Wright, a charity worker from Surrey, was shocked when he noticed a few subtle differences between the two £1 coins, leading him to believe he had found the ‘first fake £1 coin’.

Despite the new £1 coins being designed to be ‘impossible to counterfeit’, Mr Wright suggested that coin he had was heavier, had no hologram and the Queen’s head was positioned more to the left. Not only that, the edges were more rounded and there was no detail on the head of the thistle. 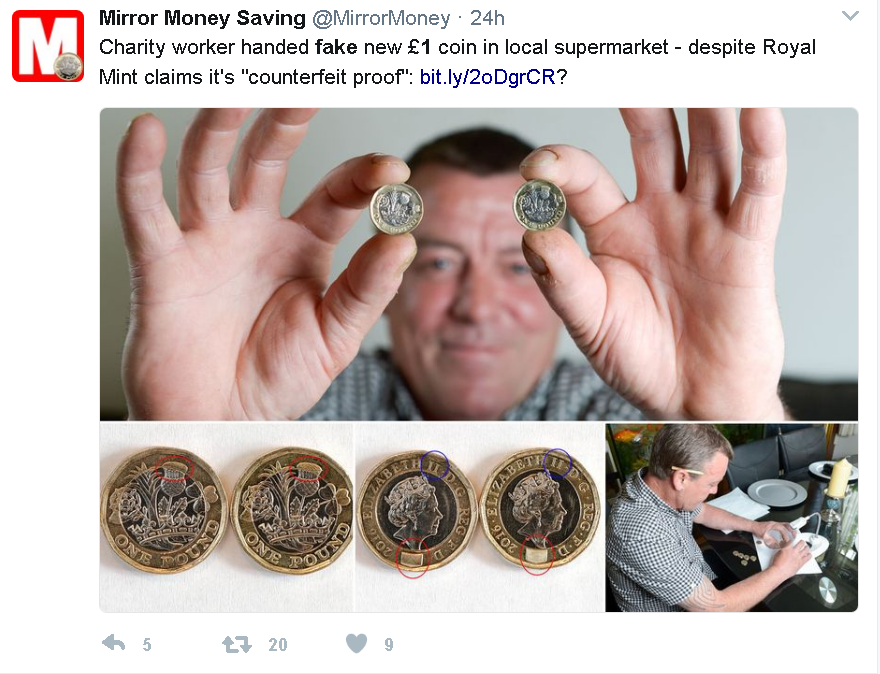 A genuine coin with a production fault…

Whilst the story has caused some excitement in the press and The Royal Mint has not yet been able to examine the offending coin, they are confident it is not a fake, but instead a genuine coin with a production fault.

Despite tight quality controls being in place, The Royal Mint has said that variances are likely to occur during the striking process in a small numbers of coins. Whilst such mis-strikes are relatively unusual and can be numismatically interesting, they are not the same as genuine errors.

Rumours of a genuine error in circulation

Unconfirmed rumours have also been circulating about some new £1 coins featuring two dates. There are reports of some coins having 2016 on the obverse and 2017 engraved in the micro lettering of the reverse.

Although, we are yet to see an example, if this is true, it would have to be the result of mis-matched 2016 and 2017 dies being used during production – a genuine error or “mule”. 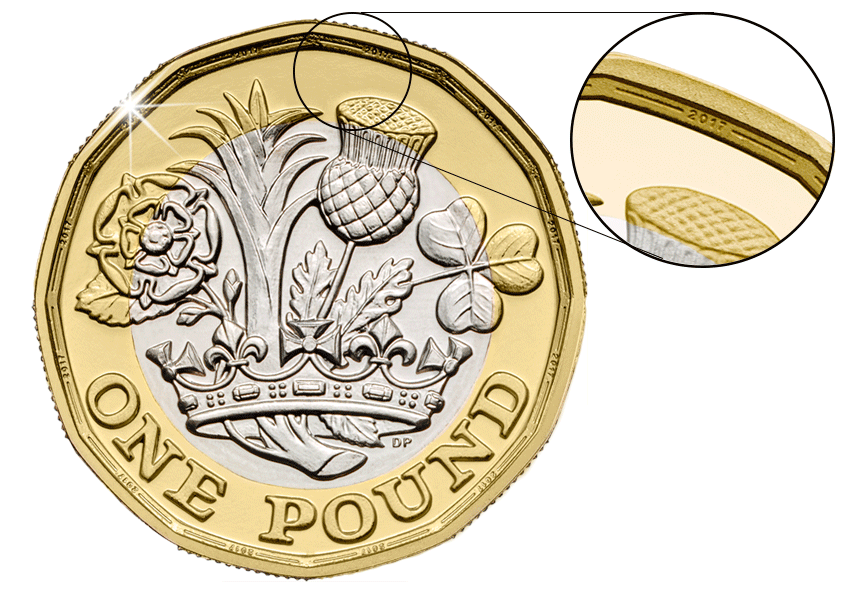 You may need a magnifying glass to check if your £1 coin has a mixed die error.

Of course, it was the use of an incorrect die that resulted in the most famous modern “error” – the “undated 20p coin“, now regarded by many as the Holy Grail of change collecting. You can read more about the story of the undated 20p here.

If you’ve #foundapound in your change, have you spotted anything strange about it?

1.4 billion brand new £1 coins will be released into circulation around the UK tomorrow in what is the single biggest change to the UK’s coinage since decimalisation.

To celebrate the release, we’re giving away FIVE ‘Nations of the Crown’ Silver Proof 12-Sided £1 Coins!

To help you out, a few guaranteed locations have already been announced:

We have 5 special Silver Proof £1 coins to give away…

We will draw five lucky winners out of the hat on 10 April 2017. All you need to do is take a picture of your £1 via Facebook, Twitter or Instagram using the hashtag #foundapound and the location you found your first £1 coin – it’s that easy! So good luck and fingers crossed! 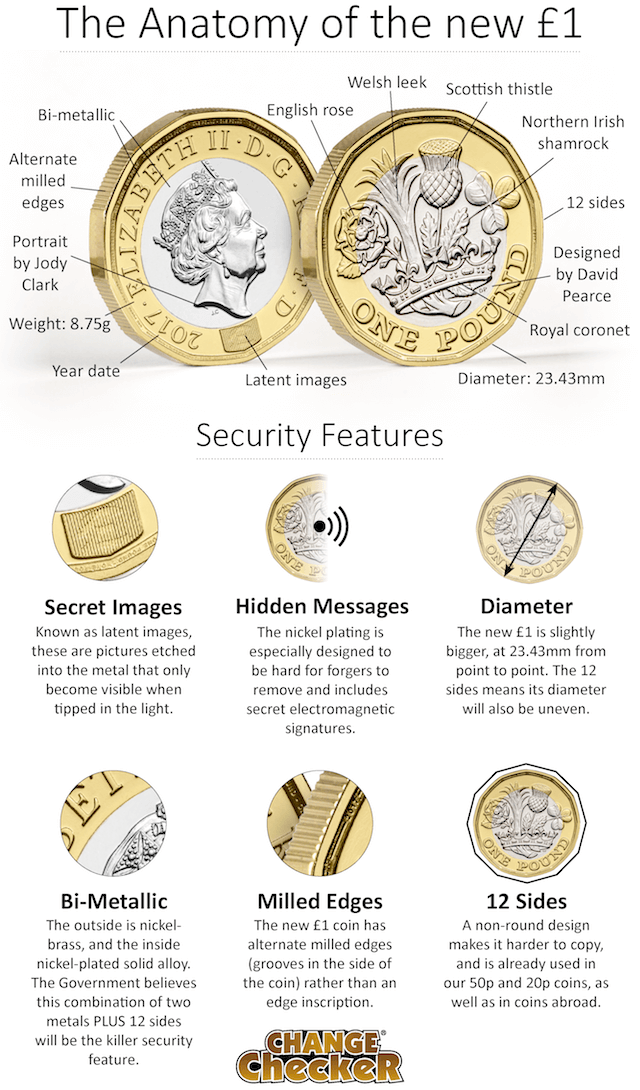