With the Easter holidays just around the corner, what better activity could there be to keep excited little kiddies entertained than to start collecting coins as a family?

The release of book character themed coins, such as the Beatrix Potter 50ps, Paddington, The Snowman and The Gruffalo have proved increasingly popular with children, families and collectors alike, as well as fans of the books.

Whether your family is new to the game, or if you’re a seasoned collector, there’s nothing quite like the thrill of hunting down a coin you need for your collection.

And so this Easter forget the Easter egg hunt, because we’re challenging you to see how many commemorative coins you and your family can find in your change!

So here are our TOP 10 Change Collecting tips, put together with help from your fellow Change Checkers.

With so many wonderful coins in circulation, it won’t take long for you to start building your collection using these Top Tips.

We’d love to hear how you get on with your coin hunting over the holidays, so make sure you leave us a comment below with the coins you’ve been lucky enough to find!

The Easter Bunny will soon be busy hopping into homes up and down the country to deliver chocolate treats to the nation, and so we’re calling on Beatrix Potter’s Peter Rabbit to help out over the Easter weekend. 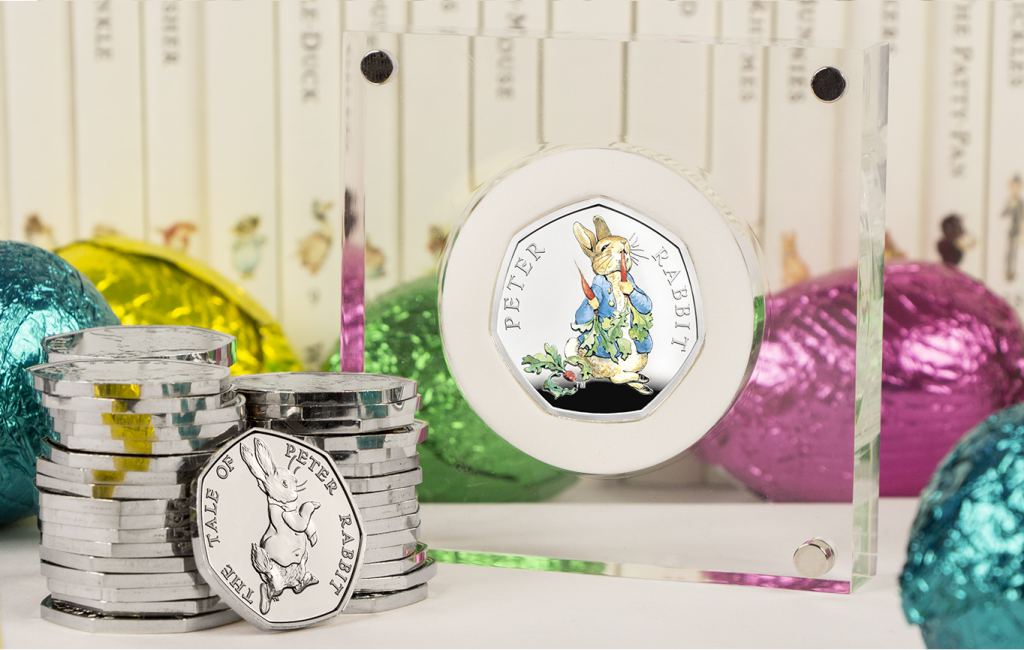 This Easter, we’re running an incredible prize draw for one very fortunate individual to own the highly sought after 2018 Silver Proof Peter Rabbit 50p, worth £125. This Silver Proof coin is in such high demand that it is now sold out at The Royal Mint and is sure to become incredibly collectable. 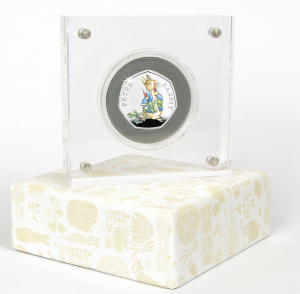 For fifty lucky runners up, we’re offering the chance to take home your very own 2017 Peter Rabbit circulated 50p coin.

The Beatrix Potter 50p series has dominated the news after the coins were revealed by The Royal Mint in 2016. They have been the biggest story in 50p collecting since the London Olympics, proving to be extremely popular with coin collectors in 2016 and 2017.

To be entered into the Change Checker Easter Weekend Prize Draw, simply register for a FREE account with us.

If you’re already a registered Change Checker, then we’ll automatically include you in the draw for the chance to win the highly sought after 2018 Silver Proof Peter Rabbit or a 2017 circulated Peter Rabbit coin.

We’ll be selecting the lucky winners on the 4th of April. Good luck!

1. All registered members of changechecker.org at midnight on 2nd April 2018 will be automatically entered into the prize draw. No purchase is necessary to register.
2. The draw will take place on 4th April 2018 and the winner will be notified on that day by email to their registered changechecker.org email address.
3. One winner will receive the 2018 Silver Proof Peter Rabbit 50p and fifty runners up will receive the 2017 Peter Rabbit 50p . There is no cash alternative.
4. Participants agree to meet reasonable requests to assist publicity.
5. The prize draw is promoted by The Westminster Collection / Change Checker, trading divisions of 288 Group Ltd.
6. Employees of 288 Group and their families are not eligible to enter.

Maundy Thursday is a key day during the Easter week. It commemorates Jesus Christ’s last supper on the day before his crucifixion.

A Church service known as Royal Maundy takes place each year on this day, and is inspired by the generosity shown by Jesus in washing the feet of his disciples shortly before his death. The origins of the ceremony can be traced back to the Middle Ages, when English monarchs would wash the feet of beggars and offer gifts of food and clothing in imitation of Jesus. King John was the first to give to the poor on Maundy Thursday and by the early 14th century, it had become customary for the sovereign to provide a meal, together with gifts of food and clothing.

For numismatists, the day has added significance in the form of Maundy money which is given out by the reigning monarch each year at the service.

The tradition of giving out money began with Charles II, with the first set of Maundy coins consisting of a four penny, three penny, two penny and a penny. The coins have remained in much the same form since then, and are traditionally struck in sterling silver.

At the Royal Maundy ceremony, the reigning monarch hands each recipient two small leather string purses – one white, one red. The red purse contains ordinary coinage as money (in lieu of the food and clothing which was offered years ago) and the white contains silver Maundy coins. The Maundy coins total the age of the King or Queen in pence, so this year each white purse will contain 88 pence as this year’s service is in the Queen’s 88th birthday year.

Nowadays it is not the poor who are the recipients of this gift, but specially chosen members of the public in recognition of the service they have given to the Church and local community.

The number of men and women receiving Maundy Money also equals the age of the sovereign during the year, and since the reign of George I, the recipients have been an equal number of men and women. For example, in 2015 there were 88 men and 88 women from Lancashire who were nominated to receive 88 pence in Maundy coins.

The tradition and heritage behind Maundy money makes them among the most sought-after coins in British numismatic history. Their owners are part of an exclusive club which dates back centuries, and they still exemplify the generosity and selfless work of the Church during this, the most important week in the Christian calendar.