Are you a collector of Isle of Man coinage?

The island has released some truly beautiful coins in recent years, and as their mintage figures are typically much lower than UK coins, they are often highly sought-after by collectors…

The recent release of a second Christmas themed £2 coin has got everyone at Change Checker HQ talking, and so in this blog I’ve decided to take a look at some of our favourite Isle of Man coins!

The Isle of Man is renowned for their Christmas themed coins.

Traditionally the island release Christmas themed 50ps most years, however last year an incredibly popular Christmas £2 coin was released for the very first time, and this has now been followed by a second £2 this Christmas.

This year’s magical design features an enchanting portrait of Old St. Nick and bears the inscription ‘Nollick Ghennal’ which is Manx for ‘Merry Christmas’.

At the top of the coin, the distinctive Isle of Man Triskelion (three armoured legs) can be seen.

This year, collectors were swept off their feet by this set of 6 commemorative Peter Pan 50p coins.

These are the very first coins to feature ‘the boy who never grew up’ and the set has been issued to commemorative the 90th anniversary of Peter Pan author, JM Barrie, gifting the rights to the story to Great Ormond Street Hospital.

The first coin in the series features an engraving of Peter Pan from David Wyatt’s illustration from the Oxford University Press edition and includes the iconic quote from the book, ‘Second to the right and straight on till morning’.

25,000 of each design entered circulation, but only on the Isle of Man so you’d be incredibly lucky if you managed to come across one in your UK change!

This £5 coin from 2017 features the Triskelion (three armoured legs) which is arguably the most recognised symbol of the island (featured on both the coat of arms and the flag).

The Isle of Man is the only country that circulates £5 coins, which means you could actually spend this coin in shops on the island!

But if you were lucky enough to have one I doubt you’d want to spend it, as it’s so unusual to have a circulation £5 coin in your change!

The coin is reasonably light when compared to our UK £5 coins. In fact, its size is 6mm smaller than the traditional UK commemorative £5 coins – so light enough to carry in your pocket!

The Isle of Man released a limited-edition coin to mark the 25th anniversary of the release of the ‘The Snowman’ by Raymond Briggs.

Only 10,000 of these coins were ever minted, which makes it incredibly sought-after. In fact, this coin sells for well over face value on the secondary market, often fetching more than £200!

Since 2003, the Snowman has featured on a number of Isle of Man Christmas coins, and has even made two appearances on UK coins, which have been incredibly popular with collectors.

The Isle of Man has become synonymous with the legendary TT races and each year since 1981 coins have been issued on the island to celebrate the occasion.

The 1997 coin celebrates eleven-time TT race winner Philip McCallen and is one of the most popular TT 50ps released by the Isle of Man.

Whilst there are many Isle of Man TT 50p coins in circulation, this isn’t the only denomination issued for the event…

£2 coins such as these have also been issued to celebrate the Isle of Man TT races.

These particular coins from 2018 mark 60 years since fan favourite ‘Mike the Bike’ first raced the International Isle of Man TT and 40 years since he returned to the event. They were officially licensed by the Isle of Man TT & Mike Haliwood foundation.

Only 3,000 of each coin entered circulation on the Isle of Man, making them very hard to come by and practically impossible to find in your UK change.

In 2018, this coin caused a stir on Facebook coin groups and was even voted ‘Coin of the Year’ by the coin collecting community.

The £2 was actually issued in 2011 to commemorate the fourth Commonwealth Youth Games, held on the Isle of Man for the very first time.

However the coin seemed to be overlooked for the next 7 years until it piqued the interest of collectors on Facebook and prices on the secondary market started to skyrocket!

Sold prices for the coin vary and buyers must beware of fakes, however in some cases you’d be looking at parting with over £100 to get hold of one.

In 2017, when the UK welcomed the brand new 12-sided £1 coin, the Isle of Man confirmed they would be keeping the familiar round pound coin – making them the only British Isles country to do so.

However, their round pound was to feature a complete redesign. It now featured a Falcon and a Raven which are symbolically associated with the Island and feature on the Coat of Arms.

You might recognise the portrait from the £5 coin mentioned earlier as both look fairly unusual due to the inclusion of the Queen’s shoulders on the design.

When it comes to pound coins, the Isle of Man were ahead of the game…

In fact, the world’s first base-metal circulating £1 was actually issued on the Isle of Man – five years ahead of the first £1 coin issued in mainland Britain.

It features the Three Legs of Man against a map of the island on the reverse and was issued as part of the Isle of Man £1 coin series.

These old style £1 coins were withdrawn from circulation in 1983, but would certainly make for an interesting addition to any collection.

In 1990, to commemorate the 150th anniversary of the first postage stamp – the ‘Penny Black Stamp’ – the Isle of Man released this striking Crown coin.

The coin features an image of the stamp which was designed by Henry Corbould in 1840, showing the profile of the young Queen Victoria.

A reissued version of this coin was struck in 2015 to celebrate the 175th anniversary.

Do you collect British Isles coinage and are you luck enough to have any of these beautiful Isle of Man coins in your change? Let us know in the comments below!

The 2019 Isle of Man Christmas Santa £2 coin is a truly unique festive addition to any collection this Christmas season, or could even make the perfect Christmas gift or stocking filler for a friend or relative!

Click here to secure yours in Brilliant Uncirculated quality. 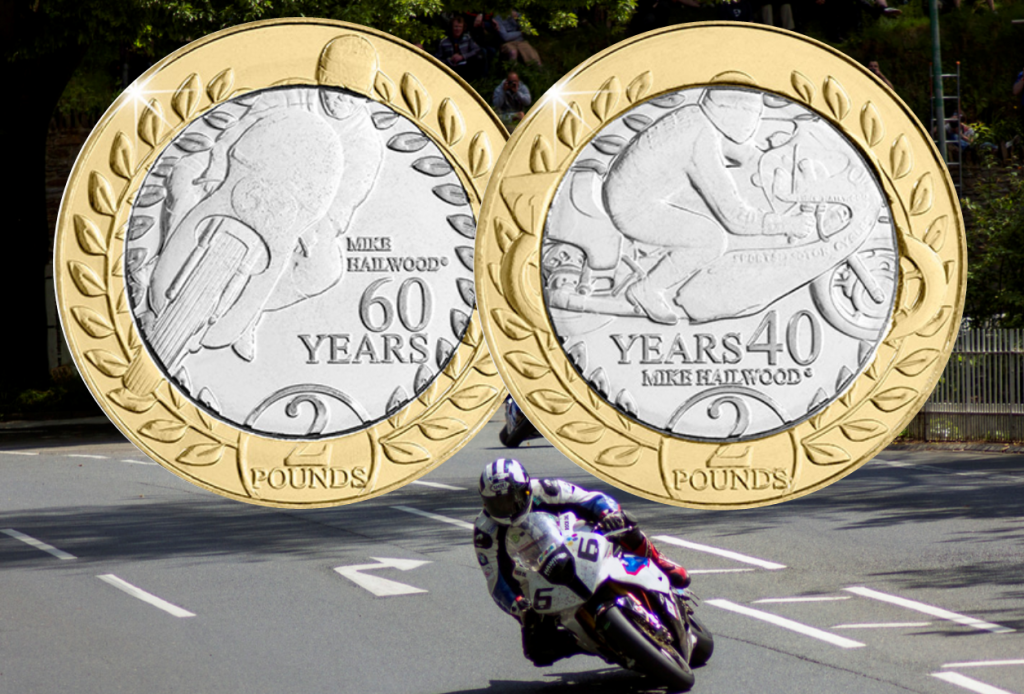 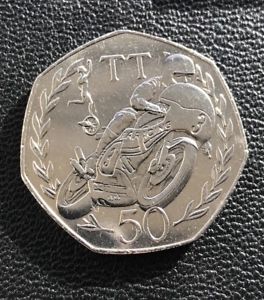 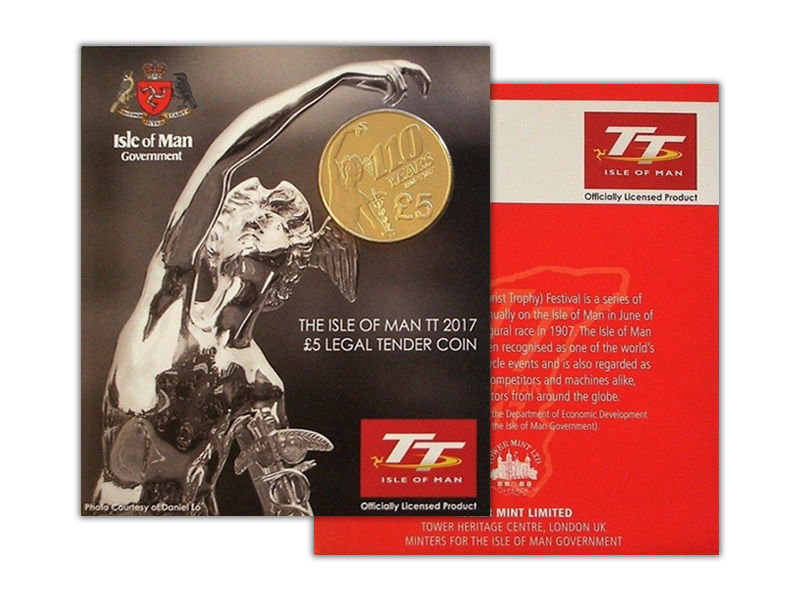 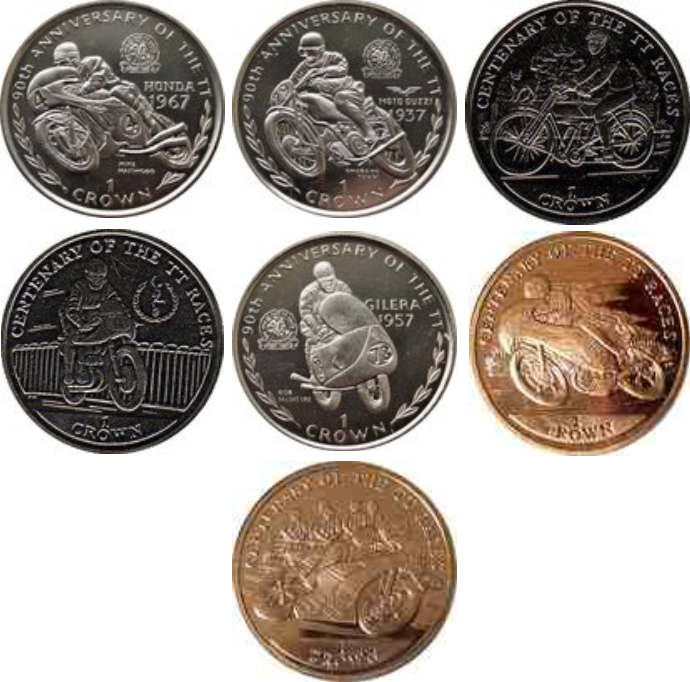 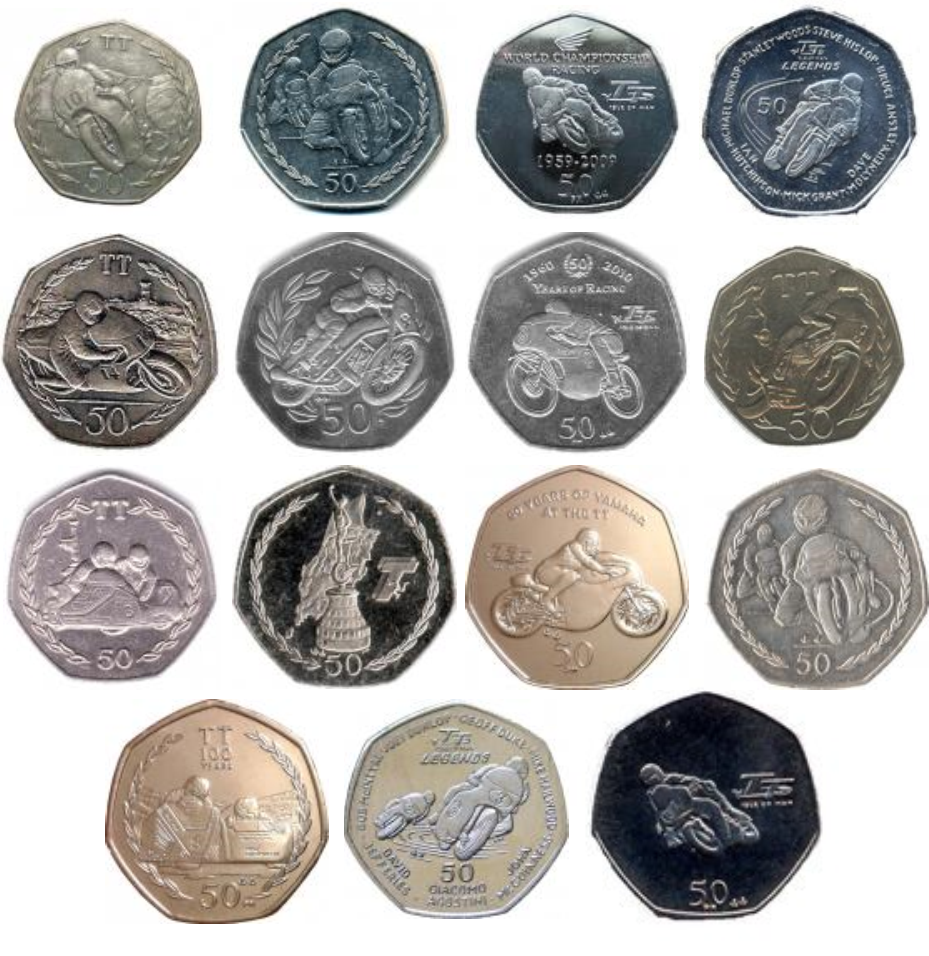 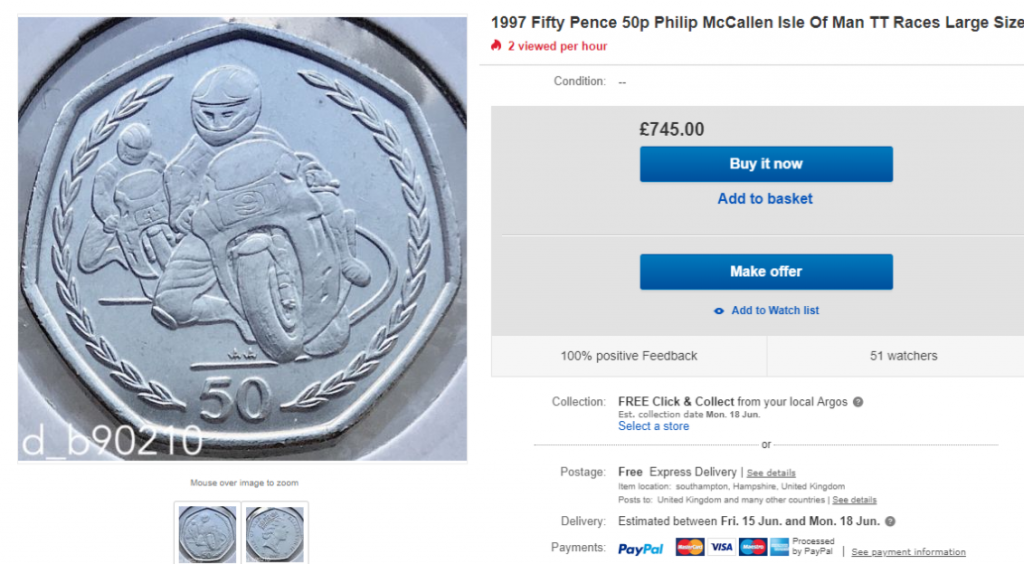 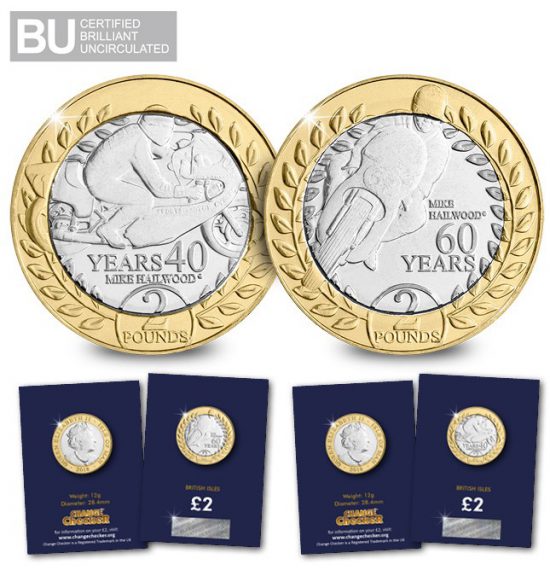