The United States are facing a nationwide coin shortage in the midst of the coronavirus pandemic – urging members of the public to use cash where possible to help ease the coin crisis.

As more people turn to online shopping and contactless payments and avoid using physical money due to the virus, the normal flow of currency has been severely interrupted.

Last year, third-party coin processors and retailers accounted for around 83% of coins in the US coin supply chain.

However, as many stores have been closed and with the US Mint briefly slowing production to implement safety measures, further interruptions to this supply chain have been caused.

The effects mean that as stores are reopening, retailers are quickly exhausting their cash inventories, with some now advising customers they may not be able to provide change in coins.

Solving the US coin supply problem

The US Mint is now asking people to return any coins they might have lying around and to use exact cash for purchases to help replenish the country’s supply.

The Fed have even convened a US Coin Task Force, working to restore the vital coin supply chain.

And what’s more, one particular bank has even started paying members of the public to return any spare change.

With the UK public being urged to use contactless where possible during the pandemic, could we too being facing a similar issue soon?

In recent years demand for cash in the UK has dropped, not simply because card payments have increased, but also due to the introduction of the 12-sided £1 coin in 2017.

As members of the public were tasked with returning their old round pound coins to the bank, other denominations, loose change and unwanted coins were also returned, meaning a surplus of cash was injected into the system.

We’ve certainly felt the effects of this with the lack of new coins entering circulation in the last few years.

We recently updated the Change Checker eBay Tracker, revealing the average selling prices for the top 10 UK coins and banknotes.

Amazingly, there’s been an 18% increase in the overall value of these issues – the biggest increase we’ve seen since the Tracker began!

With less cash being used in the past few months, it’s likely collectors are heading to the secondary market to get hold of certain coins, rather than waiting to find them in their change.

Additionally, with more time being spent at home and people seeking new hobbies to keep themselves entertained, new collectors are perhaps becoming more aware of rare and collectable coins that might be worth owning and as a result, are heading to the secondary market to get hold of one.

We’ve seen this increased demand on the secondary market driving up the prices, particularly for the more rare and sought-after coins.

Now, as more retailers open up shop in the UK and the country starts to head towards the ‘new normal’, will we start to see more cash exchanging hands once again? And will collectors be able to start hunting down coins in their change once more?

Perhaps one of the biggest questions on collector’s lips will be whether we’ll see an increase in demand, leading to new commemorative coins being released into circulation…

At Change Checker HQ we’ve certainly got our fingers crossed!

We were recently asked to identify an unusual coin, which on first glance appeared to be a US Trade Dollar from 1885. However, once we started researching this coin, it became obvious that it must have been a fake.

One of the rarest coins on the planet

Earlier this year, the finest known 1885 Trade Dollar was sold for an eye watering $3.9 million at Heritage Auctions! Whilst this US coin may not be familiar to UK Change Checkers, it is incredibly rare – perhaps one of the rarest coins on the planet.

The US Trade Dollar was designed by William Barber and features Lady Liberty seated on a pedestal of merchandise, facing across the sea and holding an olive branch. On the reverse an eagle holds branches ladon with berries within its talons – an iconic American image. This design remained unchanged besides minor modifications up until the last coin of the series was struck.

Creation of the Trade Dollar

Made from .900 Silver, these coins were struck primarily for trade with Asia and were competing against the other large silver trade coins which had already become popular in the East.

The 1873 Coinage Act made these coins legal tender for payments up to five dollars and many made their way into American commercial channels, despite the majority being sent to Asia.

As their distribution across America became more widespread and the price of silver fell the coins were demonetised, although many 1873 – 1883 Trade Dollars can still be found on the secondary market today and are often sought-after by US collectors.

In 1878, production of circulation strikes officially stopped. The Philadelphia Mint continued to strike Trade Dollars after this, however the coins were only issued in proof quality for numismatic purposes.

It was initially believed that the final year of production was 1883, however over two decades later, 1884 and 1885 dated Trade Dollars created a sensation when they appeared on the secondary market.

Incredibly, just 10 1884 proof quality Trade Dollars were struck and more astonishing still is that only 5 of these coins were struck in 1885!

Imagine how exciting it would have been to first find out about these secret coins, and how desperate American collectors must have been to get their hands on one!

Lack of documentation means the origins behind their creation still remains one of the greatest numismatic mysteries… It’s actually thought that employees from the Philadelphia Mint secretively struck the coins after production was halted.

All 5 coins from 1885 are now accounted for and are owned in private collections, meaning the public rarely get the chance to see these coins exhibited.

A few of the 1885 Trade Dollars have sold at private auction, reaching phenomenal prices.

One of the finest specimens from the Eliasberg Collection appeared at Heritage Auctions this year and sold for $3.9 million!

President of Heritage Auctions, Greg Rohan said, “Owning the finest-known [1885 Trade Dollar] specimen is to own an enduring symbol of numismatic and American history.”

So, whilst the 1885 Trade Dollar would be an exceptional coin for any collector to come across, as all 5 1885 Trade Dollars are accounted for, the only explanation for the coin we were asked to look at is that unfortunately it must have been a fake.

It really would be amazing to be able to own a coin as rare as this though! What would you do if you came across such a unique coin in your change?

There are so many fascinating stories about different coins from all around the world and if you have a story about a rare or unusual coin, we’d love to hear it!

The famous mints in the United States of America, such as in Denver and Philadelphia, have hundreds of years of history producing some of the most collected and sought-after coins in the world, and with this USA coinage pack you can secure a piece of US history. 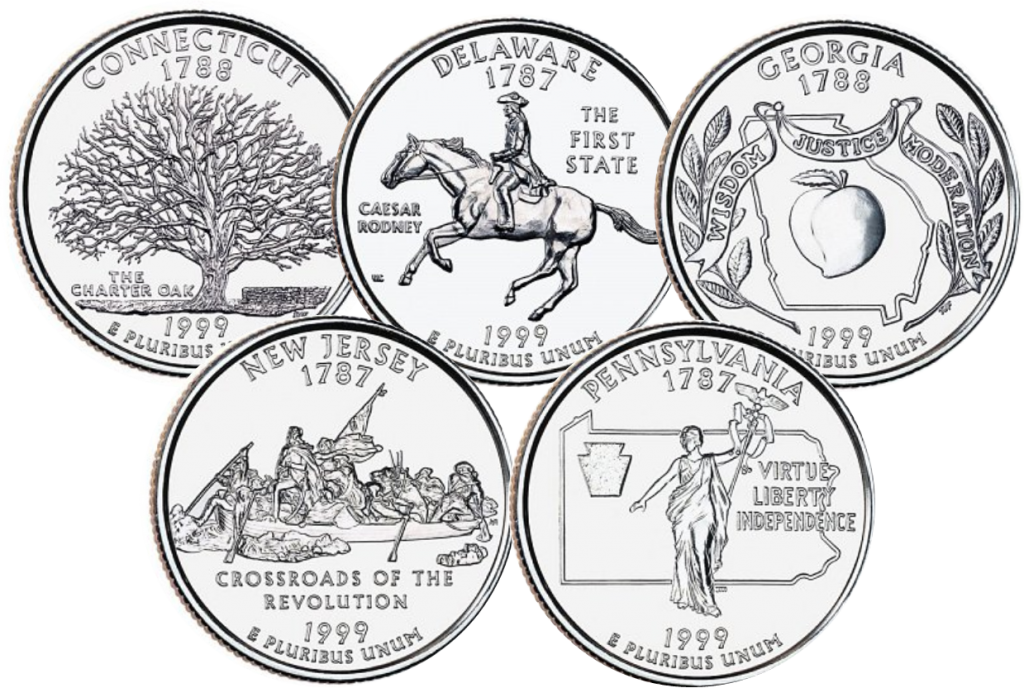 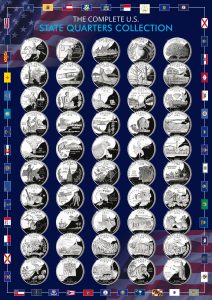