One of the most interesting things about historic coins is the insight they give into the time they were struck and of the monarch who issued them.

A particular reign that has always fascinated collectors is that of Queen Victoria. During Victoria’s long reign only three major obverse portraits adorned her coins and they come together to chart the life and reign of one of Britain’s most popular monarchs.

The first effigy to feature on Queen Victoria’s coinage is known as the ‘Young Head’ portrait. This early portrait shows Victoria at the tender age of just 18, when she acceded to the throne.

The public in the early 19th century would not have been aware that the youthful Victoria depicted on their coins would soon become the leader of the largest Empire the world had ever seen and would reign longer than any British monarch before her.

The ‘Young Head’ portrait was extremely popular with the general public and remained on Victoria’s coins with only minor alterations for the majority of her reign. 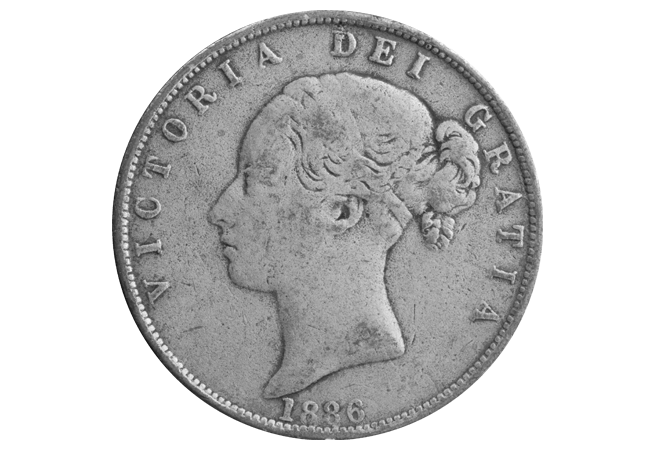 Young Head – This design graced most of Queen Victoria’s coinage right up to 1887.

After 60 years however, it was decided that a new portrait was necessary to reflect Victoria as the elder stateswoman she had become. Victoria’s Golden Jubilee marked the occasion for a design change and Joseph Edgar Boehm was chosen to design a portrait for the 78 year old Queen.

However, Boehm’s portrait failed to gain the public’s admiration in the way its predecessor had. The portrait was met with ridicule by the general public who found the small crown balanced precariously on her head as unrealistic and almost comical. 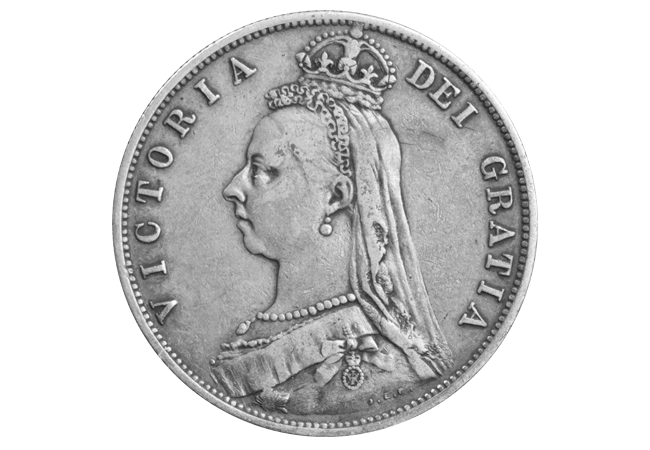 Jubilee Head – Designed in 1887 to mark her Golden Jubilee.

The ‘Jubilee’ portrait was quickly replaced in 1893 after only six years, with what was to be the final obverse used on Victoria’s coinage. This new effigy was designed by Thomas Brock and shows a mature bust of the Queen with a veil representing her long period of mourning after the death of her husband Prince Albert.

Victoria was deeply attached to her husband and she sank into depression after his death. For the rest of her reign she wore black and the final portrait of the highly respected Queen represents this secluded period of mourning that came towards the end of her life. 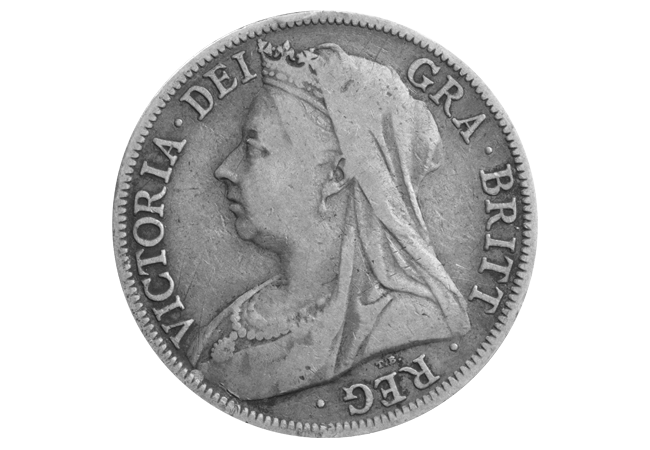 Veiled Head – The Jubilee Head design was short-lived, being replaced by Thomas Brock’s ‘Old Head’ or ‘Veiled Head’ design in 1893.

Together, these coin portraits tell the story of Queen Victoria, with each marking an important period from her long reign. All of these coins are now over 100 years old and for me they epitomise Victorian coin collecting. 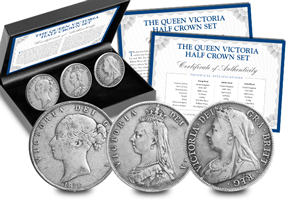 Today you have the opportunity to own each of these key portraits in the Queen Victoria Half Crown Set. However, these historic coins are very difficult to source and we only have a limited number available.