On the 1st July 2017, Canada turned 150. To celebrate, The Royal Canadian Mint released a once-in-a-life-time set of coins highlighting this milestone event in Canadian history.

And one of them glows in the dark!

The two-dollar coin, (or toonie), celebrates the wonders of Canada with an evocative design featuring the Northern Lights and it even glows in the dark thanks to special ink that contains luminescent material. 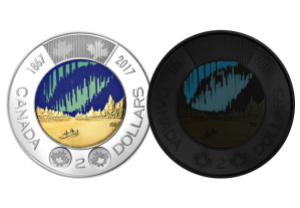 The glow-in-the-dark coin that every Canadian Change Checker wants!

The specially designed two-dollar coin, which was issued to celebrate the 150th anniversary of Canada, features two people paddling in a canoe as the northern lights dance high above – which the Cree peoples called “the dance of the spirits”.

When the coin is put in the dark, the aurora borealis glows softly, thanks to a new ink formulation that contains luminescent material.

Just 3 million of these coins were released into general circulation in Canada, meaning just one in ten Canadians were able to find one in their change.

There is no doubt that these coins would create a collecting frenzy if a similar event like this was to happen in the UK. 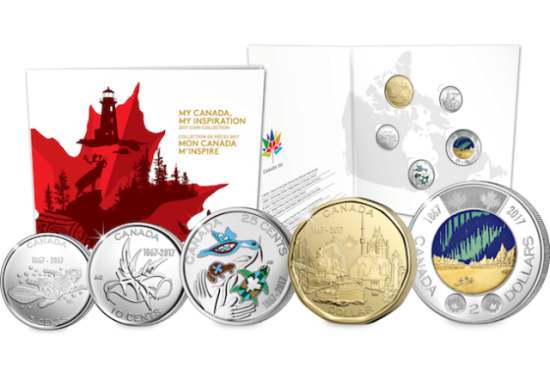 5 brand new coins have been struck by The Royal Canadian Mint to celebrate the 150th anniversary of Canada.