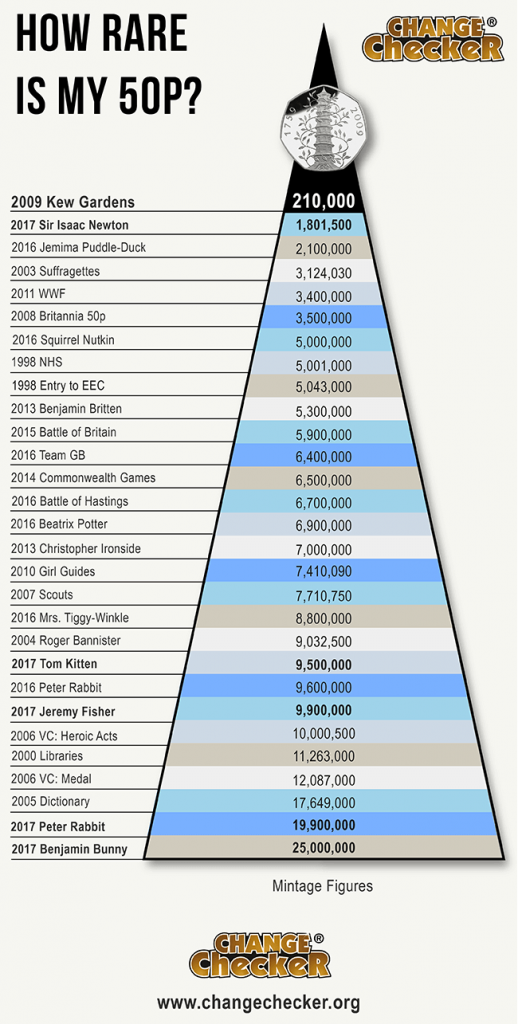 The mintage figures for the 2017 UK base metal 50p coins have been released but that’ll have to wait a minute… there’s some even more exciting news!

The Royal Mint have announced that there will be a 2018 Sir Isaac Newton 50p coin but the ONLY place you’ll be able to get your hands on one of these is The Royal Mint Experience in Llantrisant, Wales! Interestingly, these 2018 dated coins will not be released into circulation.

Anybody visiting The Mint will get to strike a 2018 Sir Isaac Newton 50p coin but this will only be for a short period of time and subject to availability. 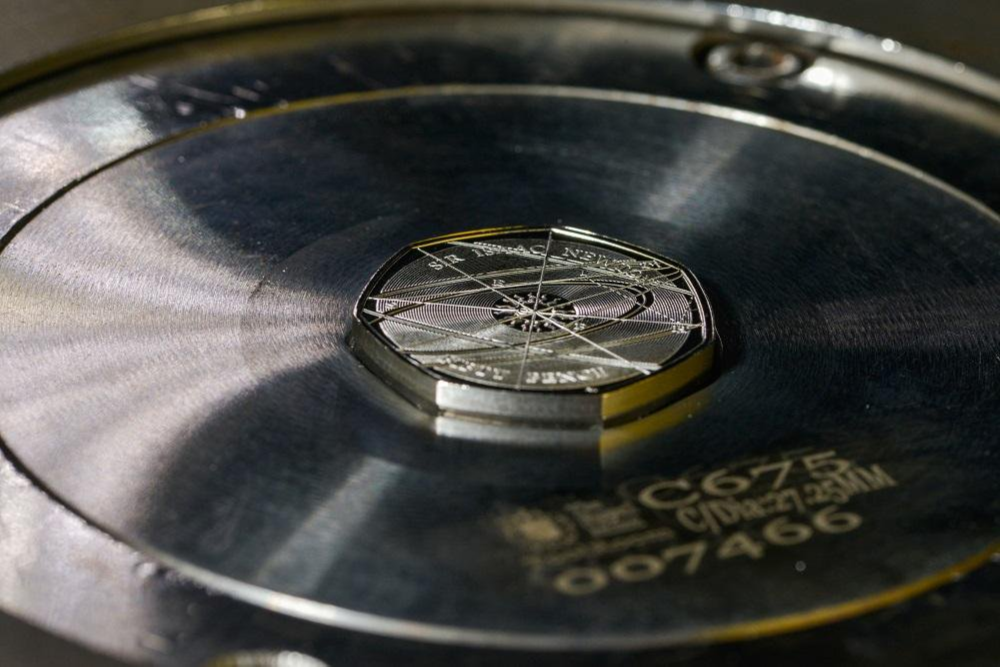 The ONLY place to get your hands on a 2018 dated Sir Isaac Newton 50p coin is at The Royal Mint Experience! (Image: The Royal Mint)

We’re predicting that due to the short time frame and visitor numbers, there could well be substantially less than 210,000 of these coins struck, meaning the 2018 Sir Isaac Newton 50p coin could well have a lower mintage figure than even the Kew Gardens 50p!

Early on Christmas Eve morning The Royal Mint released the mintage figures for the 2017 UK base metal commemorative coins. What immediately caught our eye was the surprisingly low number of Sir Isaac Newton 50p coins that had been struck. 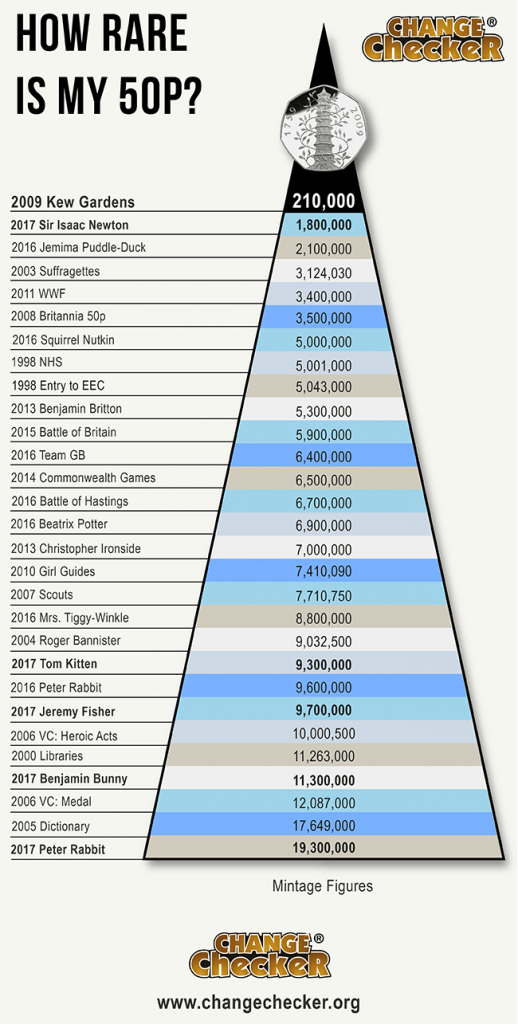 Granted it is someway behind Kew Gardens, which has a mintage figure of just 210,000, but it is the only other UK commemorative circulation 50p coin with a mintage under 2 million.

Unlike the 2016 Beatrix Potter 50p coins, the good news is that all the 2017 coins have a consistent mintage figure. In 2016 the Jemima Puddle-Duck 50p had a substantially lower mintage figure than the other coins from the series making it very hard for Change Checkers to complete their sets.

All 4 of the 2017 Beatrix Potter coins have a mintage of at least 9.3 million meaning there shouldn’t be any problems completing your 2017 sets.

It’s going to be interesting to see how these new mintage figures affect our Change Checker Scarcity Index update, due at the end of January.

As yet, we are still waiting for the mintage figures for the 2017 Jane Austen and 2017 First World War Aviation £2 coins to be released. We’ll be sure to update you as soon as anything is announced. 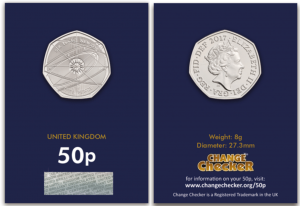 This special 50p coin commemorates the legacy of Sir Isaac Newton, genius of the Scientific Revolution and one of the most famous figures to ever hold the role of Master of the Mint.

Designed by Aaron West, the reverse of this striking coin is based on elements of Proposition 11, in Book One of Newton’s Principia Mathematica. Whilst the obverse features the Jody Clark portrait of Her Majesty the Queen.

This specially struck 50p coin comes securely encapsulated and as a Change Checker CERTIFIED BRILLIANT UNCIRCULATED issue, you’ll know your coin will be protected forever and guaranteed by its Certified Hologram.