I receive queries on a daily basis from collectors who are keen to know about the origin of their coins and their design. This is in essence what Change Checker is all about – finding a distinctive coin in your loose change and having the intrigue to find out more about its design and history.

But the most common question is how much is my coin worth? Coins are no different to any other kind of collectible in many ways; there are certain criteria which you should always look out for, and which can help you to determine how collectible or valuable your coin is. Often It’s a very difficult question to answer, but I have put together my top four points which are the most important factors to consider.

The stark difference in quality between a circulated and uncirculated £1 coin.

Circulating coins as you would expect are subject to a lot more wear and tear than the coins you find in presentation packs. This is detrimental to the coin’s value because the design begins to lose its shape and definition. Of course, some older coins can maintain desirability because of their history, but on a like-for-like basis, a coin with clear definition in the design will certainly be more valuable than the one which has worn down over time. The sooner you can take your coin out of circulation and add it to your collection, the better.

Whilst collectors do favour coins which are in a good condition, I should also emphasise the importance of not cleaning your coin to try and improve its appearance. This can irreversibly damage the coin and in fact lower its value. General dirt can be removed with a damp, non-abrasive cloth but you should always try and avoid using any chemical-based product.

Scarcity is possibly the most important factor to consider when trying to determine a coin’s value. Generally speaking, a scarce coin will sell for considerably more than a common one. The Kew Gardens 50p for example is the scarcest of all UK circulating coins; there are just 210,000 in circulation out of approximately 1 billion fifty pence pieces. In February 2014 the British press broke this story and speculation over the coin’s value escalated the price to the point where some were being offered for hundreds of pounds.

Coins are no different to other kinds of commodities in that respect – price is determined by the basic laws of supply and demand. Higher demand is created by a low mintage, which drives the market price of the coin upwards. In the case of the Kew Gardens 50p, this price was artificially high given that the coin is one which you can find in your normal change. But since then the coin has achieved an almost legendary status, meaning finding one today is extremely difficult – most have been squirreled away into private collections. 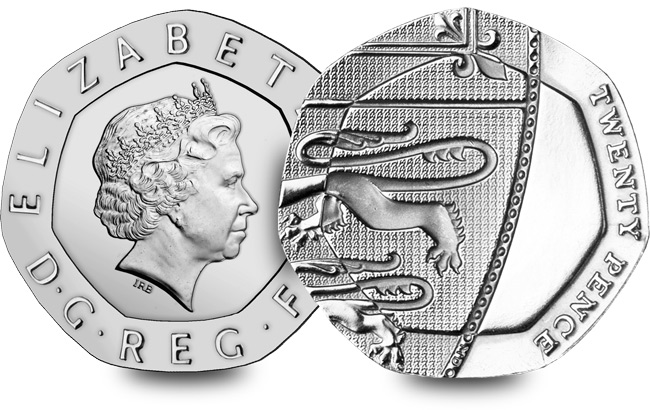 This can often tie-in with rarity, as the coins with a good story behind them tend to be the ones which are difficult to get your hands on! The “undated 20p” is a recent example of a such a coin. It is known as a ‘mule’ – a coin with a mismatched obverse and reverse (heads and tails). The name derives from a mule being the hybrid offspring of a horse and donkey.

In 2008 when the reverse of the 20p coin changed to the new Royal Shield design, approximately 100,000 coins were accidentally struck with the previous obverse die and therefore there was no date on the coin. In a similar way to the Kew Gardens story, some of the prices being quoted as a result of media coverage were extraordinary. Mules are highly sought after by collectors, and an undated 20p will certainly be worth more than its face value in years to come.

The undated 20p is not the first coin to capture the imagination of collectors. In 1933, there were already enough pennies in circulation so only around six or seven were produced with that year date. With no precise record of the number struck, it seemed perfectly feasible for one to turn up in everyday use, prompting an entire generation to begin checking their change. One of these elusive 1933 pennies would be worth around £50,000 in today’s market.

The original Aquatics Olympic 50p design was withdrawn quickly, and not many made it into circulation

Do you recognise these Olympic 50p designs? If you’ve got the one on the left, it could be worth a great deal more than 50p. The Royal Mint initially struck the Aquatics Olympic 50p with the waves flowing over the swimmer’s face before changing the design to make the face more visible. None have recorded an officially catalogued selling price to date, but this ‘error’ coin is exactly the sort of thing which collectors look for, and a three-figure sum for this particular 50p is not unlikely. 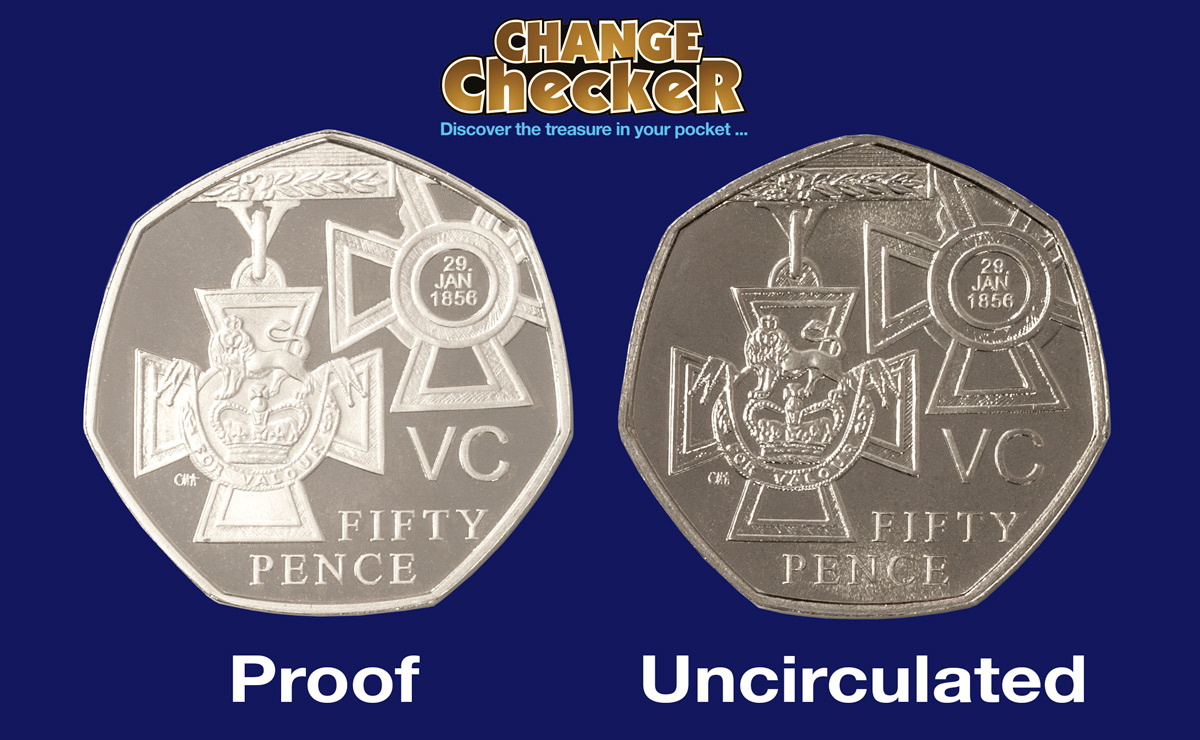 The coins we find in our everyday change are finished in a completely different way to the coins in specialist packs and sets.

As a collector you may already be familiar with the various striking methods, but the two main types of finish are as follows:

Uncirculated coins are exactly what they say they are – coins which have never entered circulation. They are struck in the same way and from the same metal as circulating coins. Ordinary uncirculated coins can have scuffs and minor imperfections whereas brilliant uncirculated ‘specimen’ coins are issued specially for collectors and have a higher value attached as they have been handled and produced with more care.

Proof coins are produced with a much higher standard of finish than the coins in circulation as they are collected purely for their numismatic value. Proof coins will often have an edition limit and specific theme or appearance which collectors look for. They are struck using special dies which are used fewer times and polished between each strike. They have a far more detailed appearance and are produced in much smaller quantities, making them inherently more valuable.

The truth is that most coins are worth only their face value. They have been produced extensively for centuries, and far outweigh the number of coin collectors. Therefore the chances that you’ve got something that nobody else has seen before are very slim indeed, but that chance does still exist…

The quick answer to any Change Checker who is curious about the value of their coin, is that if it is legal tender, it will always be worth at least its face value.

Beyond that, they key question is how desirable is it to a collector?

A coin is worth as much as someone is willing to pay for it, and there is no black and white guide for this. Just remember, you should never underestimate the importance of checking your change. It’s often the little details which make the big difference to a coin’s value.

Are you a Change Checker?

If you’re interested in coin collecting why not become a registered Change Checker.

You can find, collect and swap all the UK circulating commemorative coins straight from your change.