A brand new £1 coin is set to enter circulation, marking the 40th anniversary of it’s introduction!

It’s believed the coin’s design will celebrate the culture, creativity, and heritage and history of the UK in the 21st century.

Speaking at a Royal College of Art’s (RCA) reception, Mr Sunak said: “I am delighted that Michael will lend his vision to the creation of this new £1 coin design in its 40th anniversary year. This coin will symbolise the rich tapestry of modern Britain and honour our deep heritage and history.”

Michael Armitage was earlier this year elected as a Royal Academician in the category of painting by the Royal Academy of Arts, London – meaning we’re sure to see a fantastic design on this brand new coin!

This will be the the first new £1 design since 2017 and Armitage said it will “combine our 1,100 years of craftsmanship with cutting-edge design to champion modern Britain.”

The 12-sided £1 coin has been in circulation since its introduction in 2016, having replaced the familiar round pound coins. It’s aim was to be the most secure coin yet.

This brand new design will become the standard circulating £1 coin* and will include the current “world-leading” high-security features to protect against counterfeiting, the Treasury said.

We can’t wait to see the design of this brand new coin and to start searching for it in our change! Let us know in the comments below if you’re excited to find this new coin!

*The new coin will enter circulation in 2023, marking the 40th anniversary of the modern £1 coin.

The first UK £1 coin was issued in 1983 to replace the £1 banknote, which only lasted a few months in circulation! The £1 coin quickly became a hit with collectors, with everyone trying to hunt down the different designs…

£1 coins were initially issued in recurring five year programmes including series of designs representing the UK and the home nations.

Despite this, some round pounds remain incredibly popular with collectors, due to their designs and their low mintages!

In this blog, we guide you through all of the round pound designs over the years…

The first £1 coin design features the Royal Coat of Arms designed by Eric Sewell, a chief engraver at the Royal Mint. It also features the edge Inscription: DECUS ET TUTAMEN.

The first reverse design series of £1 coins took floral emblems as its theme to represent the United Kingdom and its four constituent countries.

They were designed by Leslie Durbin – one of the most highly-regarded silversmiths of the 20th Century.

Of these coins, the Northern Ireland Flax has the lowest circulating mintage of 48,853,076.

For the 6th year of the £1 coin, a Royal Coat of Arms design was introduced.

The first Royal Arms of England are attributed to King Richard I whose crest depicted three gold lions. Since then, the Coat of Arms has been adapted over centuries, and the reverse design of this coin displays the most modern version.

The second series of £1 coin designs, by Norman Sillman used heraldic emblems to represent the United Kingdom and its four constituent countries.

The Scottish Lion Rampant has the lowest mintage in this series of £1 coins, with 29,752,525 entering circulation.

The third series of £1 coin designs depicts bridges from each of the four constituent countries in the United Kingdom.

These coins were designed by Edwina Ellis (who later went on to design the incredibly popular 2019 Stephen Hawking 50p!) Pictured left to right, this series included the Scottish Forth Railway Bridge (2004), the Welsh Menai Bridge (2005), the Northern Ireland Egyptian Railway (2006), and the English Millennium Bridge (2007).

The English Millennium Bridge round pound has the lowest mintage of this series, with 26,180,160 entering circulation.

In 2008 a new reverse design for the £1 was issued featuring the Royal Shield of Arms – designed by Matthew Dent.

The edge inscription in Latin reads DECUS ET TUTAMEN which translates as; An Ornament and a Safeguard. This dates back to the first machine struck coins minted in 1662 and refers to the inscription itself which was intended to prevent people scraping valuable metal off the edge of the coin – a process known as ‘clipping’.

This coin was issued for eight consecutive years from its introduction in 2008.

The fourth series of £1 coins used the capital cities of the four constituent countries as the basis of the reverse design.

They were designed by Stuart Devlin, who was also the Goldsmith and Jeweller to the Queen!

These round pounds have lower mintages than any previous series, with the Edinburgh City £1 having a circulating mintage of JUST 935,000! The Cardiff City £1 is close behind with a mintage of 1,615,000.

The fifth series of £1 coin designs uses pairs of floral emblems, designed by Timothy Noad to represent the United Kingdom and its four constituent countries.

The coins in this series featured designs of (pictured left to right) English Rose and Oak Branch (2013), Welsh Daffodil and Leek (2013), Scottish Thistle and Bluebell (2014), and Northern Ireland Flax and Shamrock (2014).

The coin in this series with the lowest mintage is the Scottish Thistle and Bluebell, with 5,185,000 entering circulation.

The Floral Emblem Pairs were to be the last round pound series, with the final two round pounds being issued independent of each other.

In 2015 the Royal Mint revealed a new design for the Royal Arms £1 coin.

Timothy Noad’s contemporary adaptation of the traditional Royal Arms design is one of last commemorative designs to feature on the pound coin, as the newly shaped coin entered circulation in 2017.

This 2016 £1 coin is the final ‘round pound’ issued by the Royal Mint, calling time on a coin which was first issued more than thirty years ago.

The reverse design features the animals that represent each of the four constituent UK countries and was designed by Gregory Cameron.

This coin did not enter general circulation and is only available to buy in a Brilliant Uncirculated quality.

So hopefully our guide to Britain’s round pounds will help you along the way to expanding your collection!

What’s most exciting about these coins is that they’re not used in circulation anymore, which makes them particularly sought-after by collectors!

Do you have any of these coins in your collection already? Let us know in the comments below! 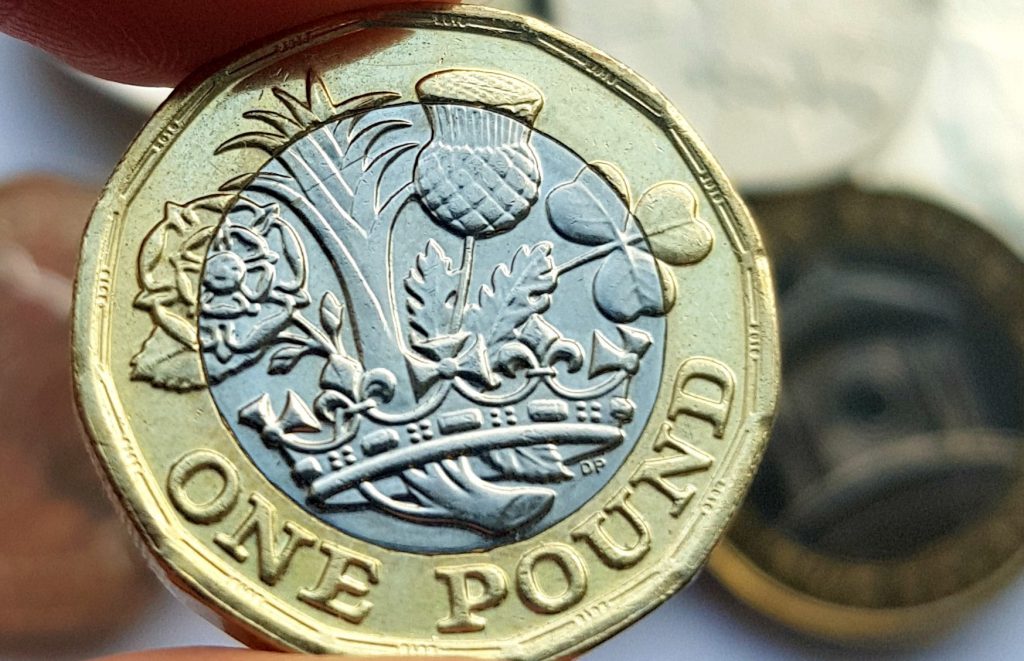